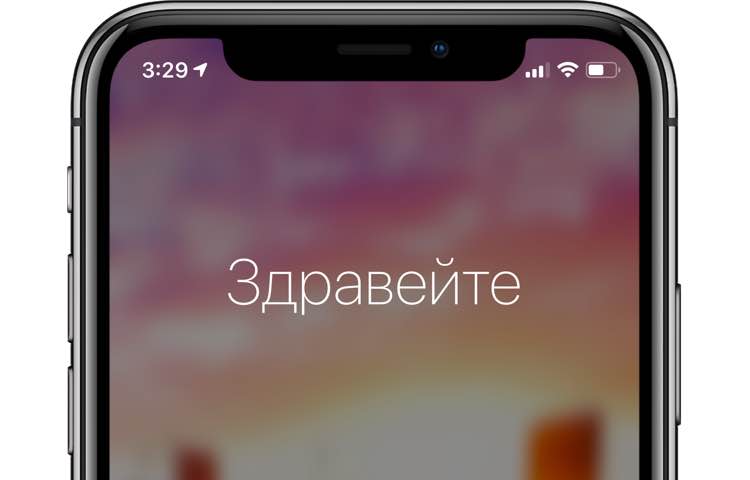 With Apple’s Safari browser and Microsoft’s machine learning-powered Translator app, you can translate webpages instantly from more than 60 foreign languages to your preferred language.

Microsoft Translator for iPhone and iPad, free on App Store, has since version 2.13 included a super useful Safari extensions that lets you translate webpages with a few taps.

Here’s how to set up Translator on your iOS device and how to use the Safari extensions to translate webpages from 60+ foreign languages to the language of your choosing.

How to translate webpages using Safari for iOS

Here’s what you need to do.

2) Open the Translator app on your iPhone or iPad.

4) Set the default language by tapping Safari Translation Language underneath the Language heading, then choose the language you’d like translated webpages to be displayed in. 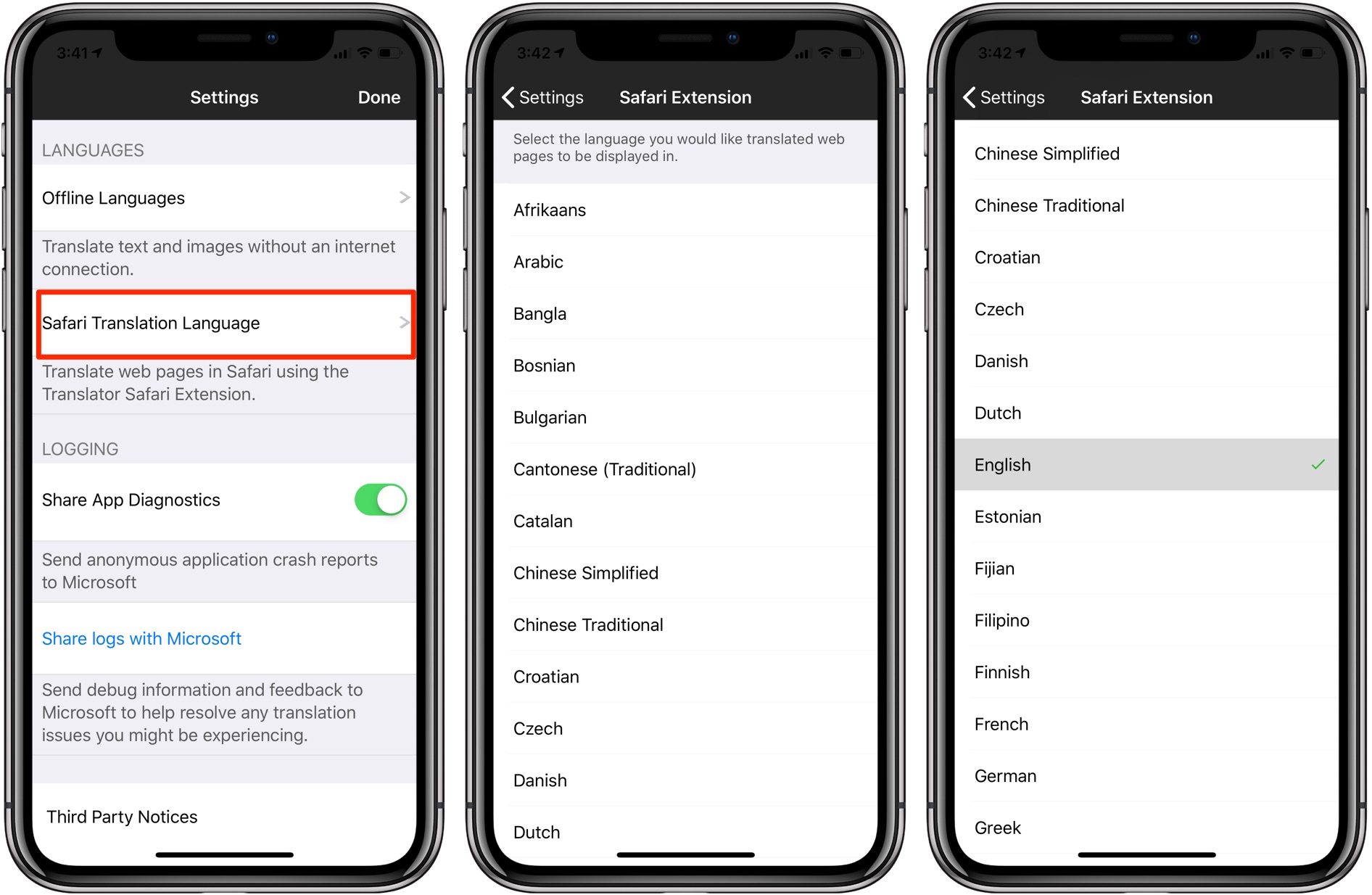 6) Add the extension to your list by tapping the Share menu, then choose More at the rightmost side in the bottom row of icons. Next, slide the toggle next to Translator to the ON position (you can optionally move the item up the list so it’s easier to pick from the Share menu). Tap Done to save the changes, then tap Cancel to close the menu. 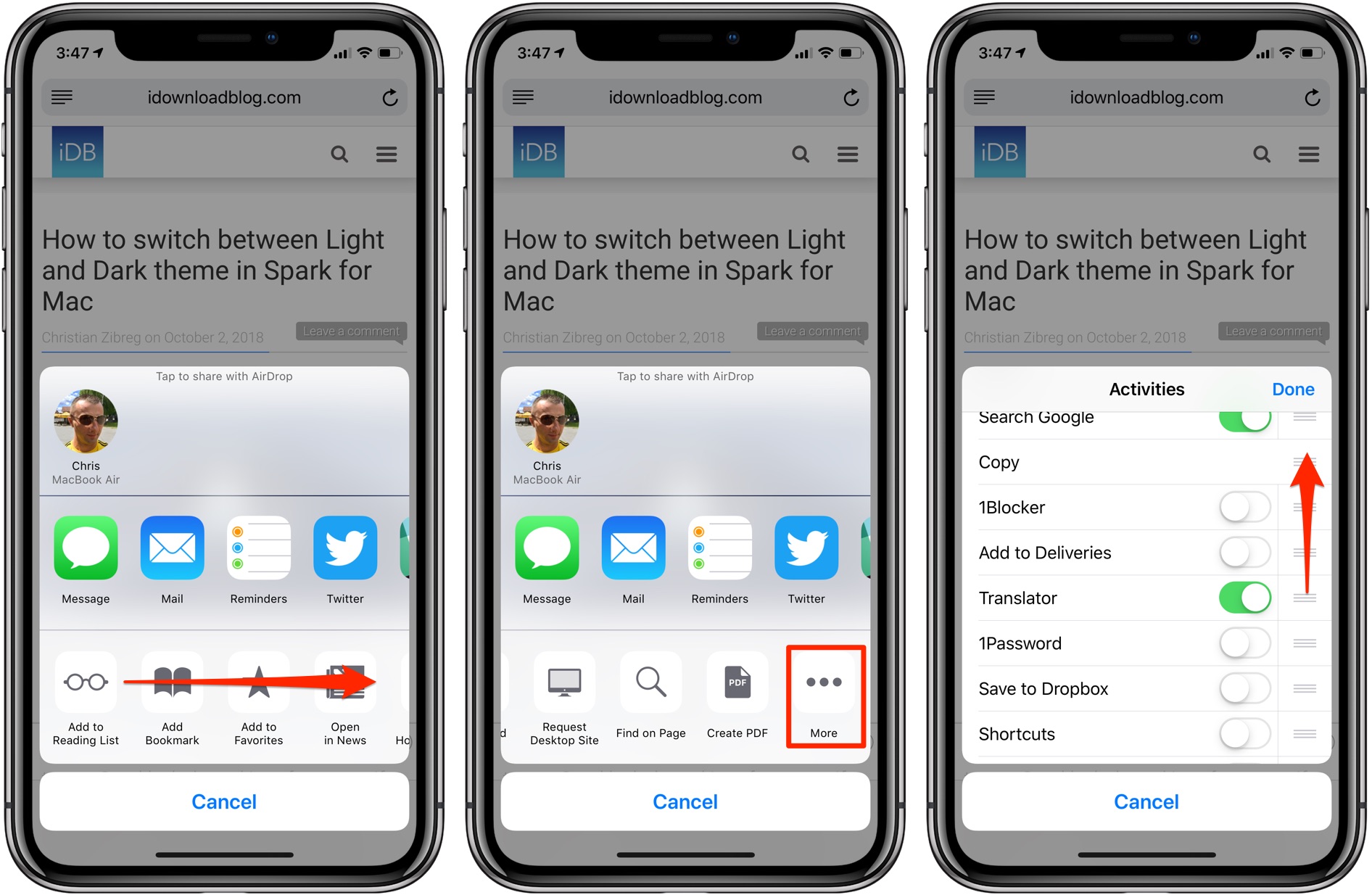 7) You’re now ready to translate webpages in Safari. Navigate to a foreign language webpage in Safari that you’d like to translate to the default language (set in the previous steps), then tap the Share menu and choose Translator from the list.

The text of the webpage will be automatically translated to your chosen language.

The next time you land on a webpage in a language you don’t understand, just choose Translator from the list of available extensions listed under Safari’s Share sheet menu.

Additional features unsupported by the extension are available within the app itself.

With offline support, you can translate at “near-online quality” without an Internet connection. Before Translator can be used in offline mode, you must download one or more language packages that support accessing Microsoft’s translation services without Internet connectivity.

ROUNDUP: The best apps for translating text on iPhone and iPad

Microsoft Translator supports more than 60 languages that you can download in offline mode, including Arabic, Chinese, Spanish, Portuguese, Japanese and Korean.

Other notable features available exclusively within the app include voice translation and the ability to translate camera photos, screenshots and long voice conversations, plus a very cool split-screen mode for two participants having a bilingual conversation. 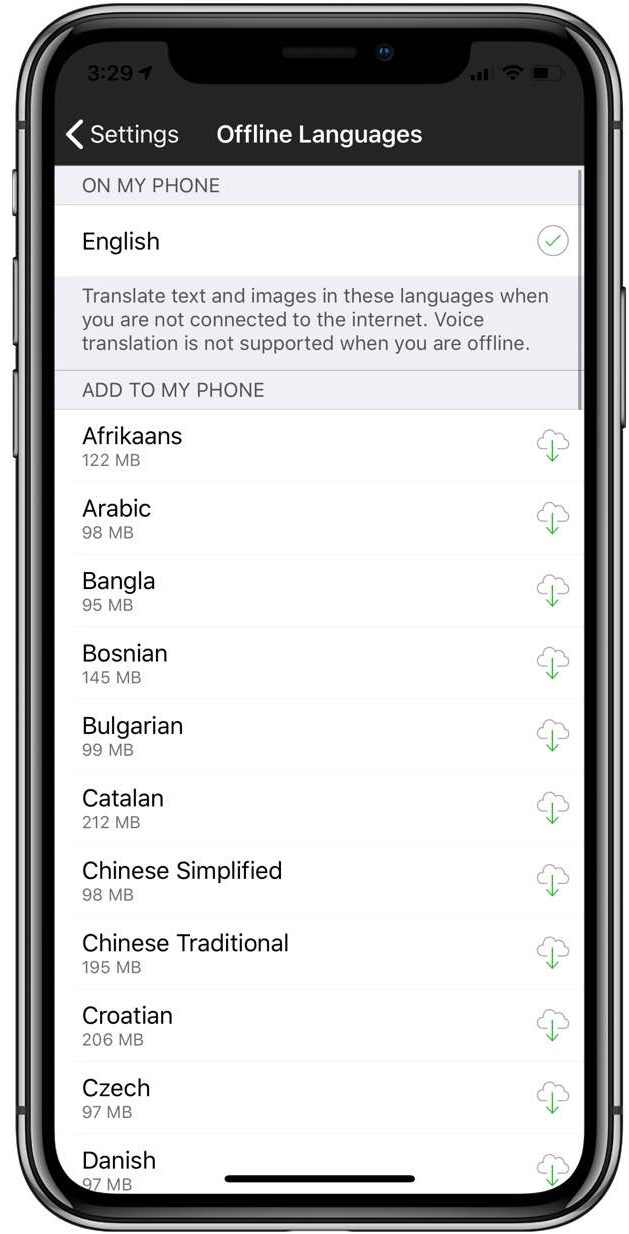 There’s also a watchOS app that lets you speak to your Apple watch to get an instant translation, with translations automatically synced between the phone and the watch. Other perks include phrasebooks for verified translations and pronunciation guides, the ability to have in-person conversations with up to 100 people across multiple languages and much more.