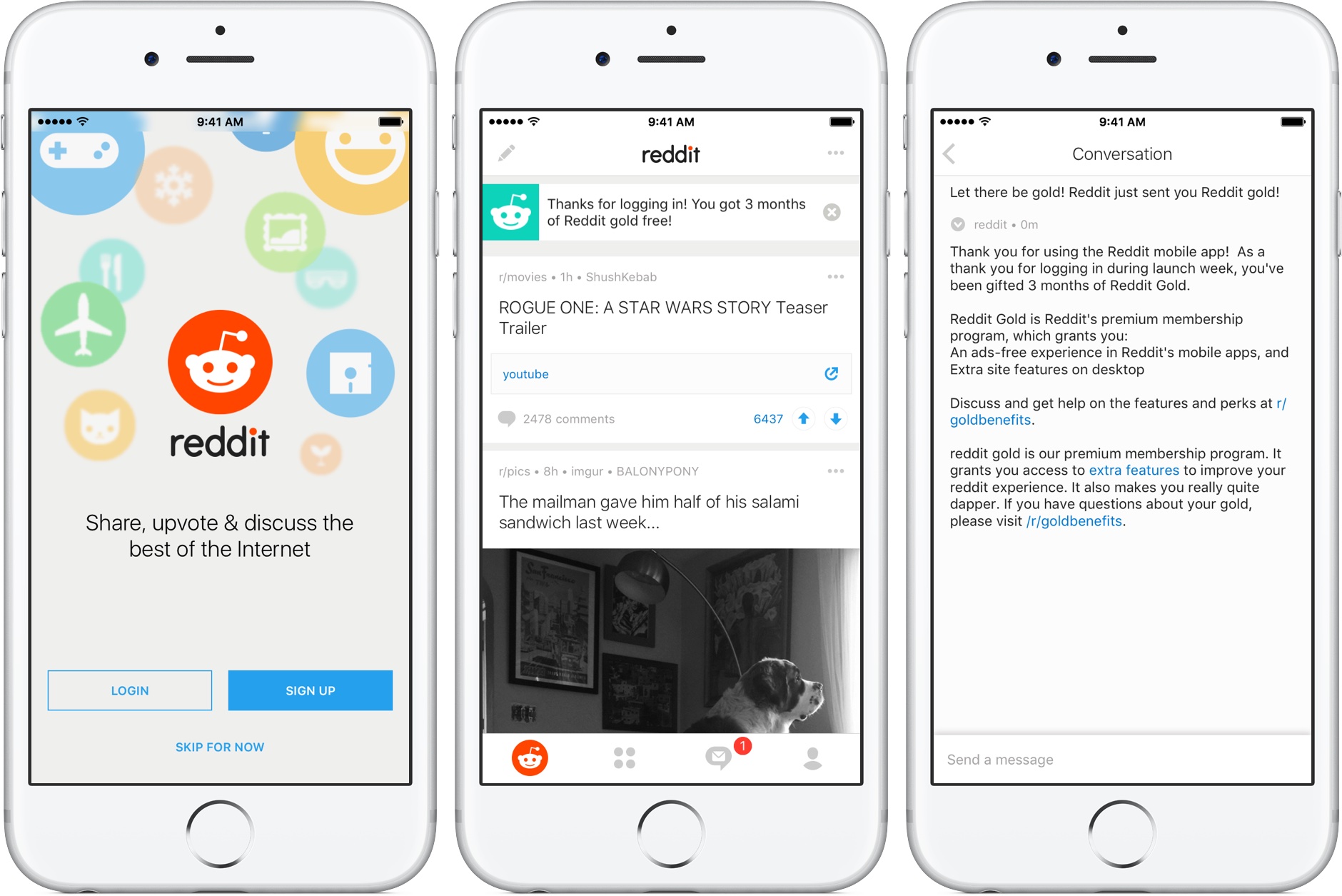 Nearly a year and a half following its acquisition of Alien Blue, the popular iOS client for Reddit, the popular social news service today released its long-awaited official client for the iPhone, iPod touch and iPad.

Reddit: The Official App, as it’s called, is available at no charge in the App Store and if you download it during its launch weekend, they’ll treat you to three free months of Reddit Gold membership.

All of Reddit, in the palm of your hand

“The best part about Reddit, after all, is you. Whether you’re into movies or space travel, coding or baking, world news headlines or Hollywood gossip, astronomy or astrology—or all of the above—instantly share your content and ideas with millions,” says an excerpt from release notes accompanying a 6.4-megabyte download.

The lightweight app lets you browse all Reddit sections and view articles in either compact view or card view, as well as search and discover communities by topic or interest. This is a full-blown Reddit client, meaning many advanced features found in the desktop interface are included in the mobile app.

For example, the cleanly designed software lets you customize Reddit with themes (yes, night theme is included) and submit your own comments, images, links and stories for others to view and discuss. 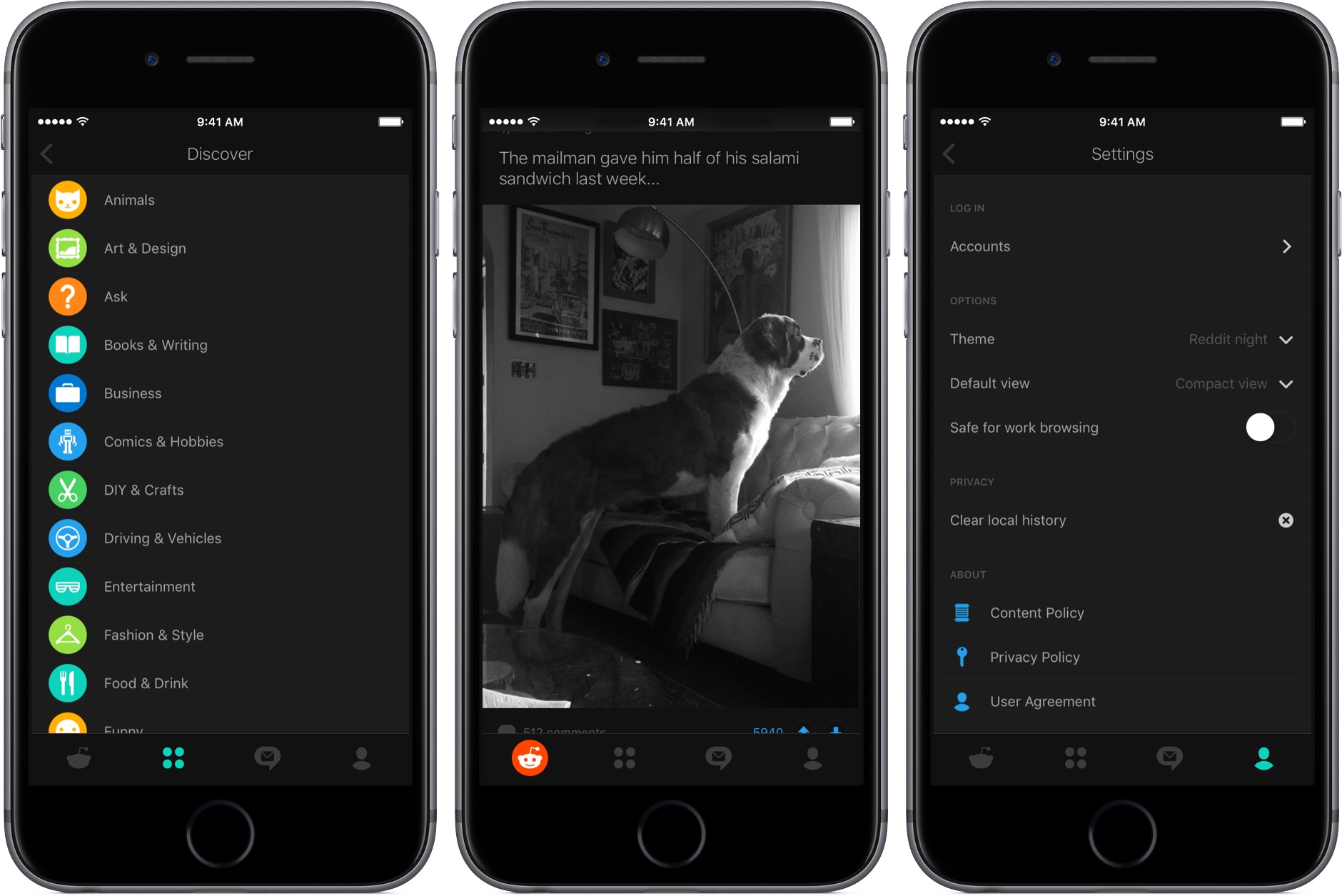 The Inbox feature makes it easier to stay on top of things with messages, comment replies, post replies and mentions, all available in one place. Like on the website, popular stories (determined by community upvotes) rise to the top of the page.

You may also want to check out Alien Blue for iPad in the App Store.

Reddit: The Official App requires an iPhone, iPod touch or iPad with iOS 7.1 or later. The app isn’t universal so it lacks a native iPad interface, it’s English-only and at the time of this writing was not available in many international markets.

Grab Reddit: The Official App for free in the App Store.