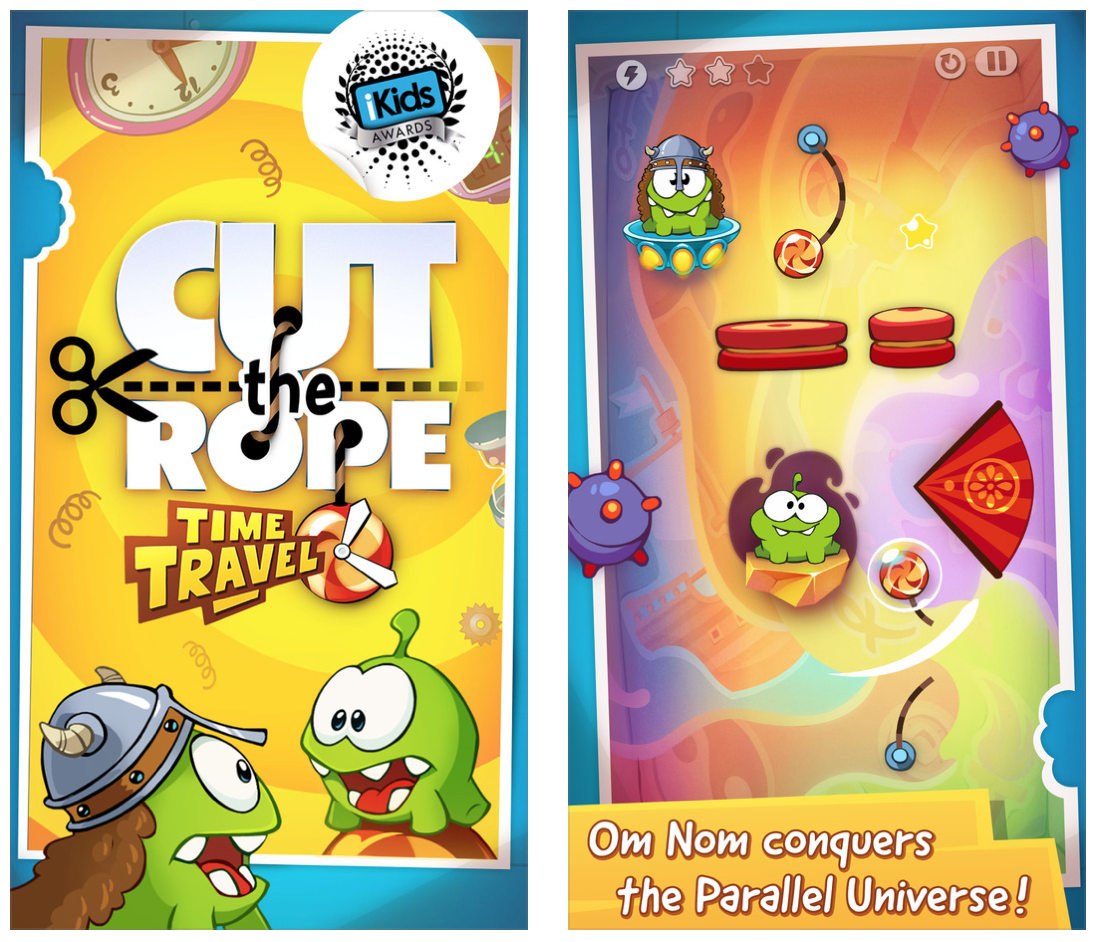 Apple on Thursday updated its App of the Week promotion in iTunes with Cut the Rope: Time Travel. This means that from now through next Thursday, you’ll be able to pickup ZeptoLab’s popular puzzler for free for both iPhone and iPad—a solid savings of $2.

For those unfamiliar with the game, Time Travel is one of the many titles in the Cut the Rope physics puzzler franchise. In it, players are against tasked with helping Om Nom collect candy as he journeys back in time to the Middle Ages, Ancient Egypt and more.

If we had a time machine, we’d probably use it to zip back to last week and buy that winning lottery ticket. But in this centuries-hopping Cut the Rope sequel, Om Nom just wants to hang out with his ancestors and eat candy. Whether we’re flipping ancient switches, deflecting laser beams with ’80s disco balls, or lassoing tasty treats in the Wild West, we love the new elements of brain-twisting challenge. Completing each set of sugar-seeking puzzles is nearly as satisfying as hitting the jackpot–and definitely sweeter.

You can download Cut the Rope: Time Travel for iPhone in the App Store for free. The iPad app is standalone, and also free.