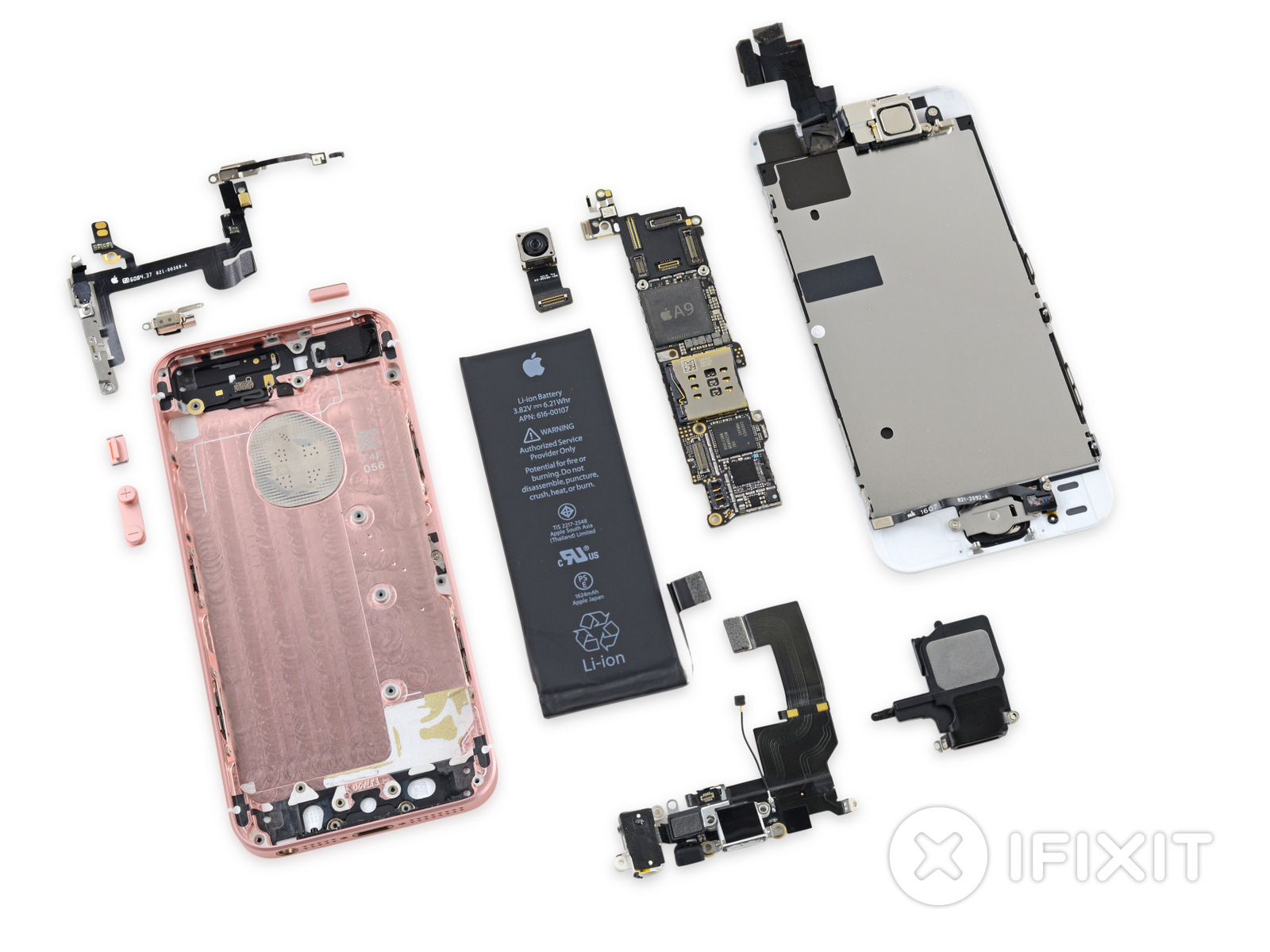 Following the first day of availability of the iPhone SE, iFixit has gotten their hands on their own unit and has started their ritualistic practice of disconnecting every little screw, cable, and hinge that comes on it.

The iFixit teardown comes a day after Chipworks’ version, which revealed a lot of familiar parts in the iPhone SE that could be found in previous iPhone models, such as the 5s, 6, and 6s.

iFixit has not only confirmed these findings from Chipworks, but also provides some new insight about the iPhone SE‘s parts that is sure to interest its consumers.

It’s not a party until iFixit starts pulling apart a new Apple device. They do this just about every time Apple launches a new device, and they always produce high-quality step-by-step picture guides showing the process and providing information about the device hardware.

This time is no different; iFixit’s teardown of the iPhone SE reveals the device’s guts – its A9 processor and M9 co-processor, 16 or 64GB NAND storage, 12 megapixel rear camera, first-generation Touch ID sensor, and more.

During the teardown process, iFixit pointed out that the chamfered edges that came on the iPhone 5 and 5s are gone. The edges are now just as matte as the rest of the aluminum enclosure. Below, you can see the iPhone 5s (top left) compared to the iPhone SE (bottom right): 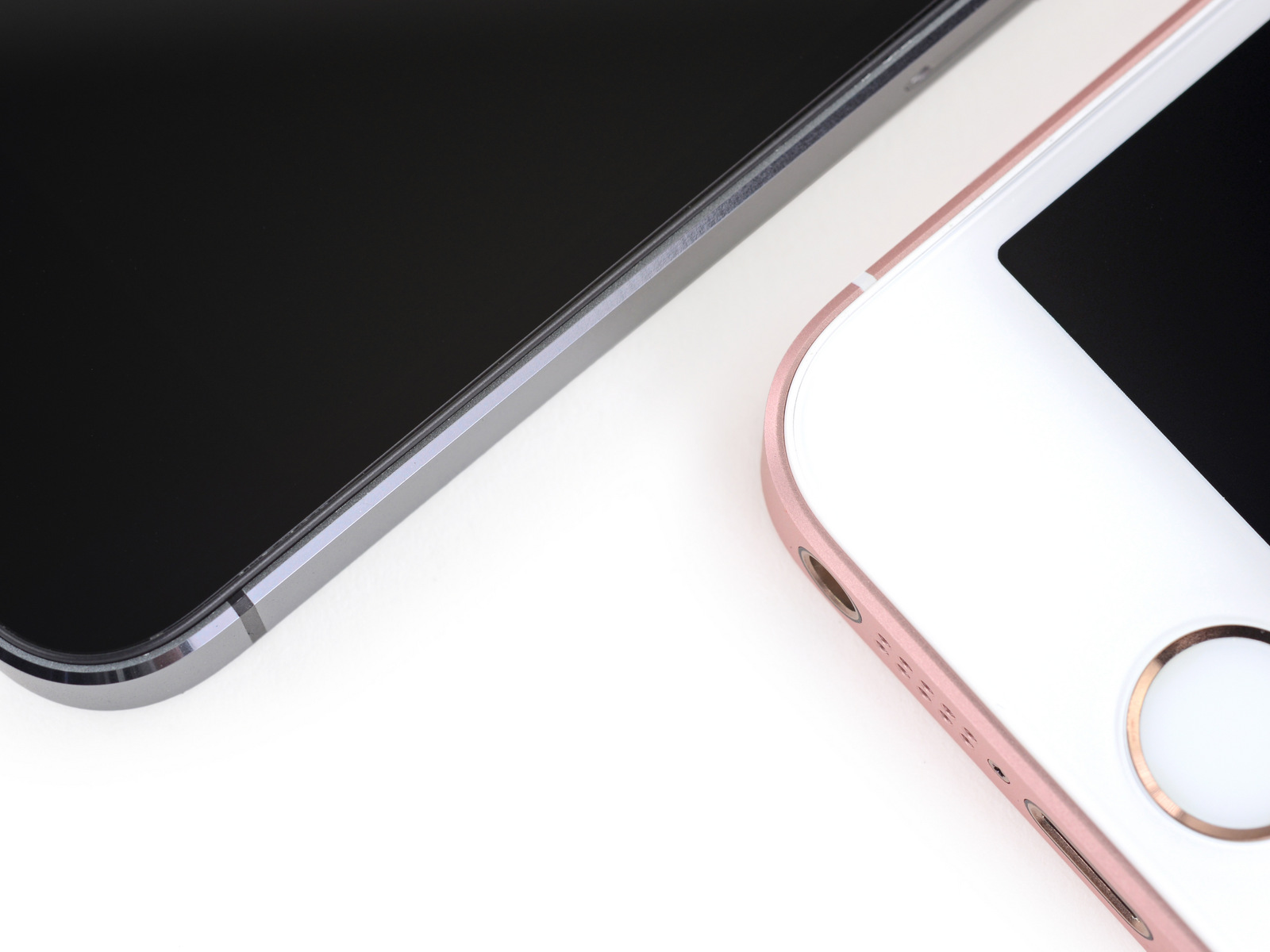 Speaking of displays – iFixit notes that there are little or no differences between the display of the iPhone SE and the iPhone 5s, which means you could actually inter-change them. As a matter of fact, iFixit even tested an iPhone 5s display on the iPhone SE and found that it was a perfectly functional plug-and-play replacement.

For those looking for display replacements, this means they’re already on the market for the iPhone SE and that they should be relatively cheaper to repair than iPhone 6 or iPhone 6s displays.

Additionally, the following iPhone SE parts are also interchangeable with the 5s and function properly when plugged into one:

The battery in the iPhone SE is a little denser than the iPhone 5s, coming in at 1624 mAh instead of 1560 mAh. Despite being of similar dimensions to the iPhone 5s, the SE’s battery uses a different connector, so unfortunately there’s no way to upgrade your older iPhone 5s battery with an iPhone SE drop-in.

Other parts from the iPhone SE that cannot be swapped into the 5s include the 12-megapixel rear camera because it has a different number of pins than the 5s, a power button replacement cable because it has been changed around a bit, and the Lightning connector.

iFixit cites Chipworks for its assistance in identifying much of the chips on board the iPhone SE logic board: 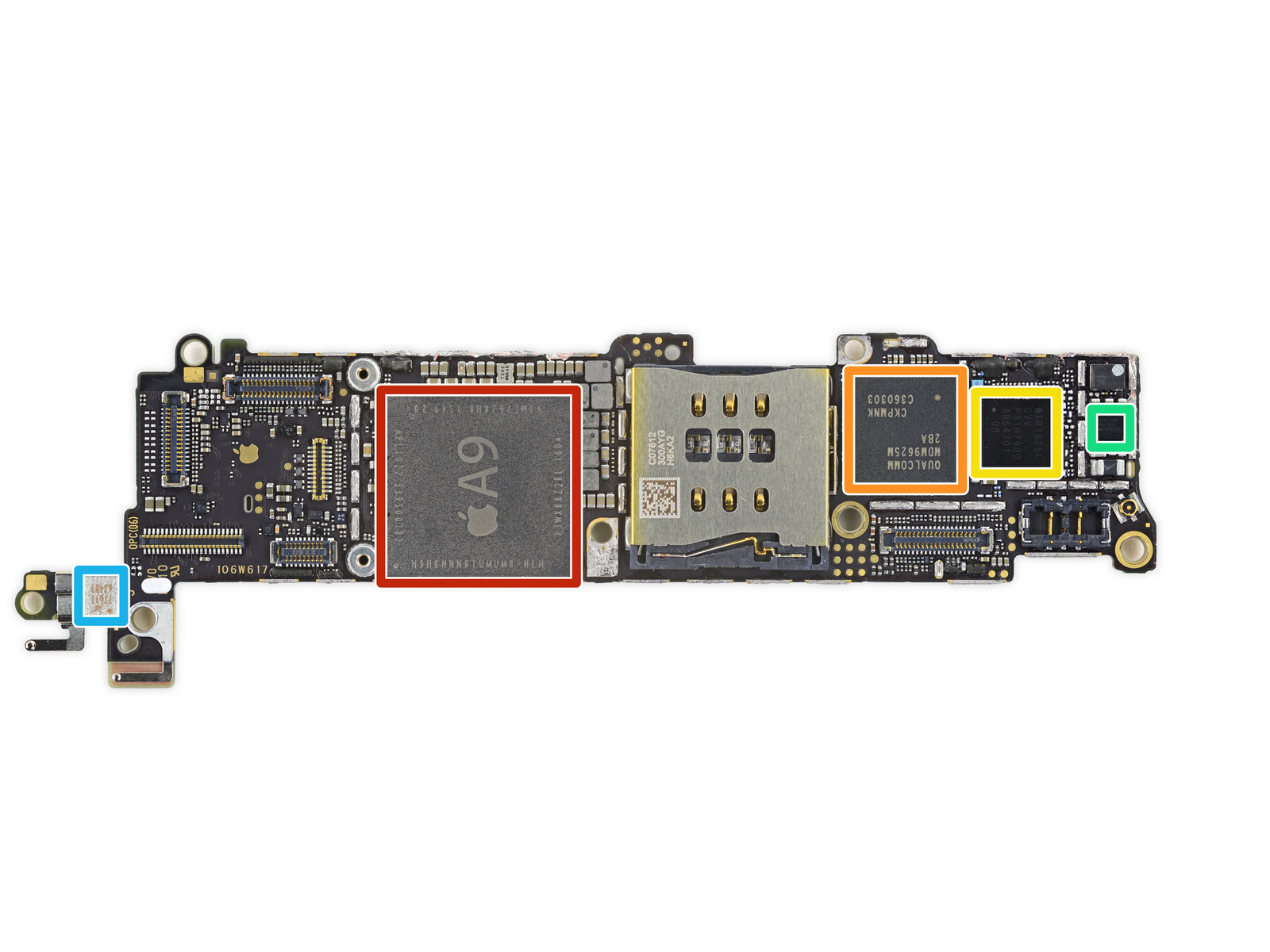 Among those found on the iPhone SE board are:

iFixit always rates its teardowns with a repairability score that gives potential do-it-yourselfers something to go by in terms of how hard the replacement project will be. The iPhone SE gets a not-too-horrible repairability score of 6 out of 10, which is the same as the iPhone 5s, but lower than the iPhone 6s, which received a 7.

Among some of the pros to the repairability of the iPhone 5s are the ease of changing the display and access to the battery, although the problematic placement of the Touch ID flex cable and proprietary pentalobe screws are the main points that dock the score because they make opening the device a hassle.

What are your thoughts on the various interchangeable parts between the iPhone SE and iPhone 5s? Share in the comments!