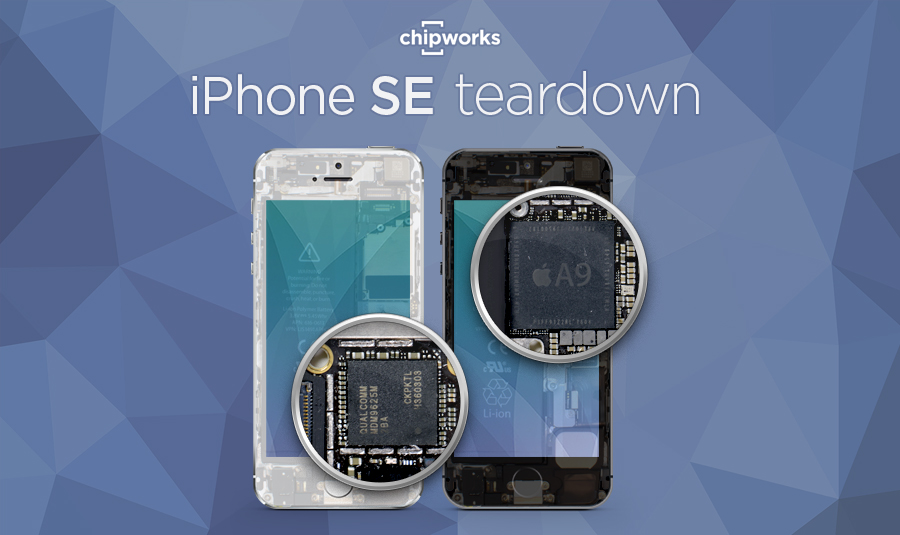 The first legitimate hardware teardown of Apple’s new 4-inch smartphone, the iPhone SE, has been conducted by Chipworks. Apple just unveiled this new handset at its recent ‘Let us loop you in’ event alongside the new 9.7-inch iPad Pro.

The teardown finds that the iPhone SE is more than just a new generation of smaller iPhone from Apple, but that it’s actually a very clever device that takes the best from the performance world and combines it with the economics of older devices. This allows Apple to provide a product at a cheaper cost, but with similar performance.

As the teardown reveals, the iPhone SE is actually a Frankenstein of iPhone 5s, 6, and 6s parts that all work together to create a powerful 6s-like performance experience in a smaller 4-inch package.

iPhone SE stitches together guts of iPhone 5s, 6, and 6s

Apple is offering the iPhone SE at the starting price of $399, which is the lowest price ever announced for a new iPhone launch.

Part of the smaller price tag has to do with the affordability in producing such a handset, which is not only related to tooling that already exists from previous-generation iPhones, but also to the ability to continue using affordable older hardware.

As Chipworks points out in their teardown, the iPhone SE is using various types of hardware that can be found throughout the spectrum of earlier iPhone handsets, such as the iPhone 5s, iPhone 6, and even the current iPhone 6s.

From the iPhone 6s, the iPhone SE shares the following hardware pieces with the same part numbers:

iPhone SE has the following components shared with the iPhone 5s:

And lastly, iPhone SE also shares with the iPhone 6 the following parts:

But that’s not to say the iPhone SE doesn’t bring anything at all new to the table; in fact, quite the contrary. Of course, bringing all of this technology together, old and new, means something has to sit in the background to manage it all and make sure it all behaves together correctly.

So far, preliminary teardown information shows that the iPhone SE is a collage of parts from various iPhone generations packed into a familiar-sized device. On the other hand, benchmarks show that the iPhone SE is just as snappy as the iPhone 6s in terms of performance. There are only just a few features that it lacks, such as 3D Touch to name one of the most important.

The iPhone SE launches today, March 31st, and consumers will finally be able to start getting their hands on the handset and getting the performance they demand in a much smaller package than the iPhone 6s or iPhone 6s Plus.

Knowing what you do so far about the iPhone SE, are you likely to purchase one? Share in the comments!