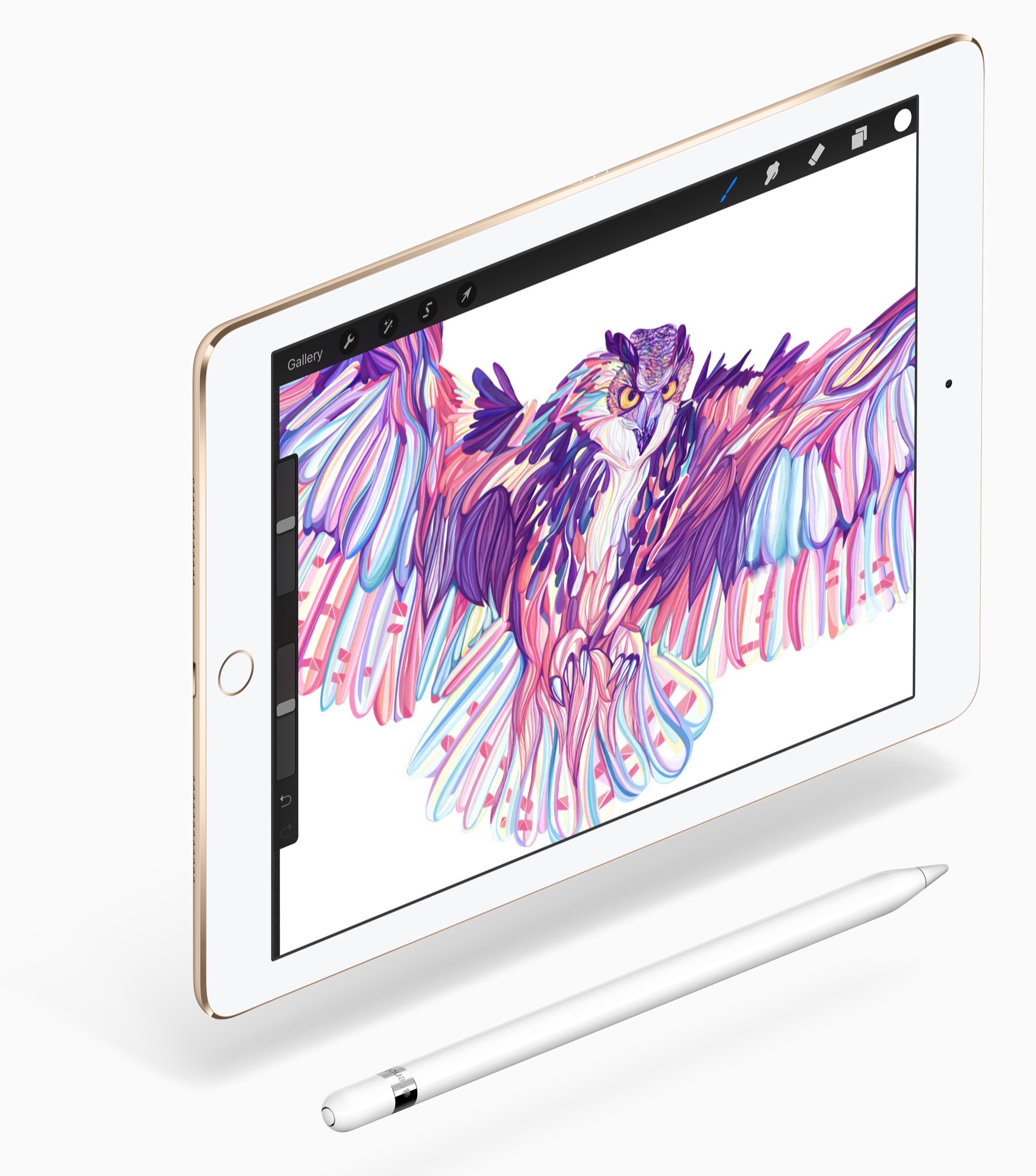 Apple announced its new 9.7-inch iPad Pro on Monday at the ‘Let us loop you in’ event, and although the tablet is already gaining a lot of hype for its on-par hardware and lower price from its bigger brother, you’re still probably wondering just how powerful the little brother of the most powerful iPad ever made actually is.

In this post, we’ll share some of the first reputable hands-on videos with Apple’s new tablet to hit the internet since the announcement on Monday. With some insight, you’ll have a clearer understanding of whether or not the smaller iPad Pro is the right one for you.

It’s not set to go on pre-order until Thursday, March 24th; and it won’t get into the hands of its consumers until March 31st, but a few lucky people have been able to go hands-on with the new device and share some of their words of advice.

The Verge says the 9.7-inch iPad Pro “looks just like an iPad Air 2,” but that it’s got the same bloodline as powerhouse you’ve come to expect from the iPad Pro in a much smaller package.

CNET says the 9.7-inch iPad Pro “might be the best Apple iPad out there.” Packed with technology that comes with the original iPad Pro, and including just a bit more, it might just be the next iPad to get.

Mashable says about the 9.7-inch iPad Pro, “of this size, it’s the most powerful iPad we’ve ever seen,” and they’d be right. Apple may have just struck the nail on the head with this release.

TechnoBuffalo says “Apple unveiled the brand new 9.7-inch iPad Air Thr….. Er… iPad Pro.” And their suspenseful criticism may just be right. Building off of a bloodline of regular-sized iPads before it, the new 9.7-inch iPad Pro is going to cost you $100 more than the typical iPad Air bloodline has been starting at for customers for the last two iterations. Seriously, why so much?

PCMag says the 9.7-inch iPad Pro “looks and feels like an iPad Air,” but it’s going to have a lot of bells and whistles that came with the original 12.9-inch iPad Pro that you just can’t get on any basic iPad.

Slashgear says the 9.7-inch iPad Pro “carries over some of the features from its big brother,” giving you features you’d expect out of a professional-style tablet, such as the Smart Keyboard and Apple Pencil as alternative input devices.

It seems the general consensus of the 9.7-inch iPad Pro is that it’s a powerhouse in the shape and size of an iPad Air, but with that shape and size, it carries on the bloodline of the smaller tablet, and should carry on the smaller price tag too. Unfortunately, with its $599 price tag, it’s $100 more than the starting price of every iPad Air before it, and you still have to pay an additional $100+ each for the smart accessories to use with it.

Is it a worthy purchase? Well it certainly seems like everyone can agree this is the best iPad to get ever, but for the price, you should only consider it if you really need that kind of power. Apple just slashed the prices of several other iPad models, and if you just need a light, mobile tablet, then you should check out some of Apple’s other offerings.