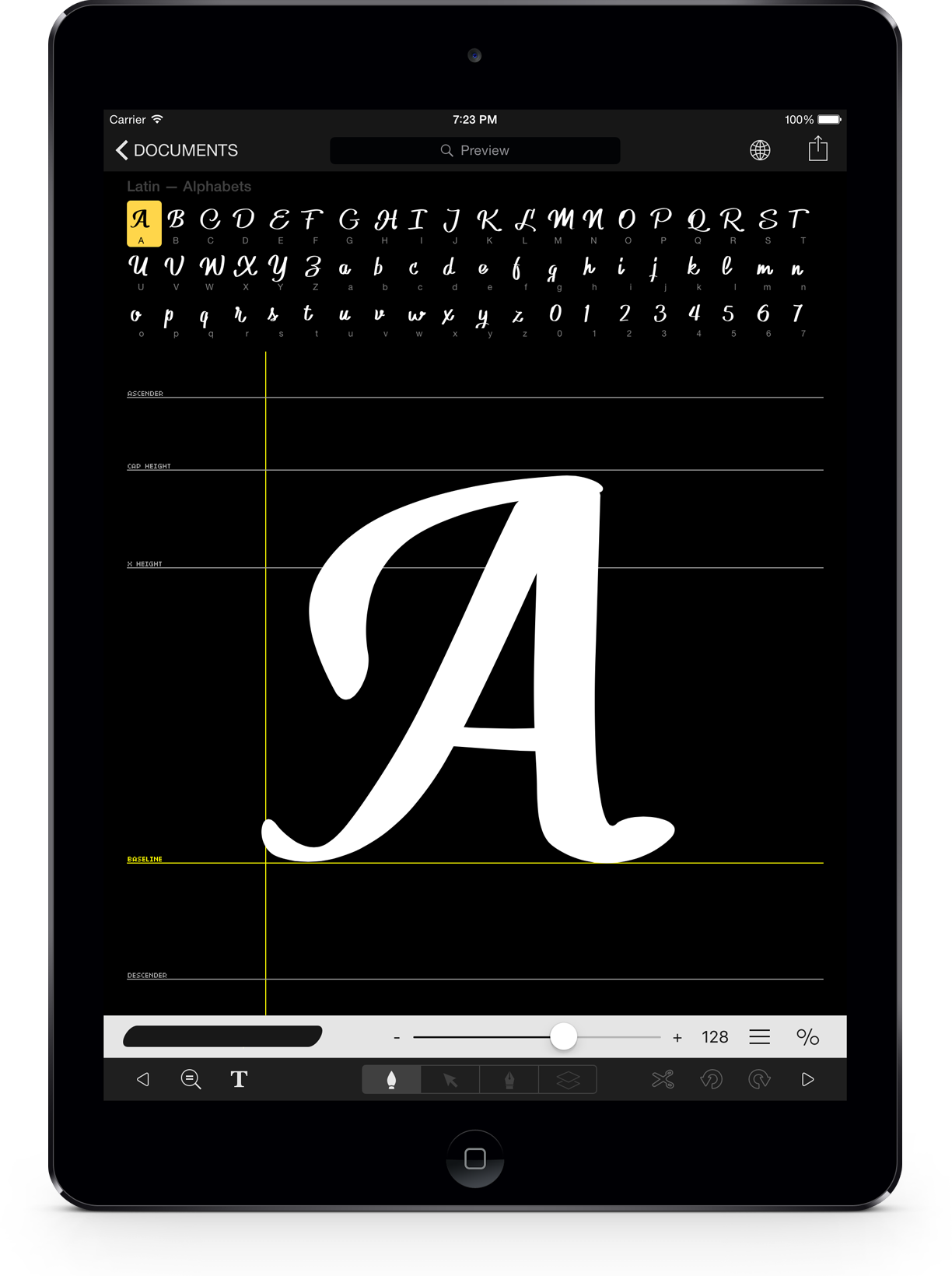 Your iPad is a great consumption device, but you can also create all kinds of content on it. With iFontMaker for iPad, for example, anyone can create their own hand font in minutes and start using it on their iOS devices, Mac or Windows PCs, in creative apps like Adobe CreativeSuite, Microsoft Office or in any other app that renders fonts in the TTF file format. And to think that not that long time ago creating homemade fonts used to require a full-on desktop computer or laptop and apps that cost hundreds of bucks…

Created by development team Eiji and Tom in collaboration with 2TFF, the app is self-explanatory yet inviting and powerful, allowing serious typography aficionados to truly create their own fonts on the iPad.

You can create completely original hand-drawn fonts in minutes or start with a basic typeface and drag the lines to change the look. In pen mode, you draw vector shapes that make up your font’s characters.

To make precise adjustments, you can adjust a stroke with bezier handles in the Edit mode. Advanced options like kerning customization, tracing and guides, stroke width, pen style and radius, canvas zooming, image and GIF animation export and operations like moving, scaling or rotating an entire glyph tool are available as well.

The app supports international Unicode sets with special characters for Latin-1, Greek, Cyrillic, Thai and Japanese character sets, but you can edit unsupported glyphs as well.

Your homemade font creations can be exported in the True Type format (TTF) via the Setup and Build Font option in the Share menu. Your fonts are shared on 2ttf.com and can be set to private or public.

Thankfully, an iOS configuration profile provides a workaround solution. Your just need to export your custom creation and share it on 2ttf.com. Then, open the font webpage on your iPad in Safari and tap the Install on iOS button. iOS will bring up a dialog asking if you would like to install a configuration profile on your device, which in turn will import the font file and make it available to the system.

You can now use your own font in any application on your iPhone, iPod touch or iPad which supports custom fonts like Tweetbot, Pages, Microsoft Word and more. Or, use this typeface as your web font on your own homepage or blog. Web fonts are supported by Mozilla’s FireFox, Apple’s Safari, Google’s Chrome and Microsoft’s Internet Explorer and Edge browsers.

To remove the font from your device go to Settings → General → Profiles.

You can see community-created fonts over at 2TTF’s online font gallery.

iFontMaker is iPad-only and requires iOS 8.0 or later.