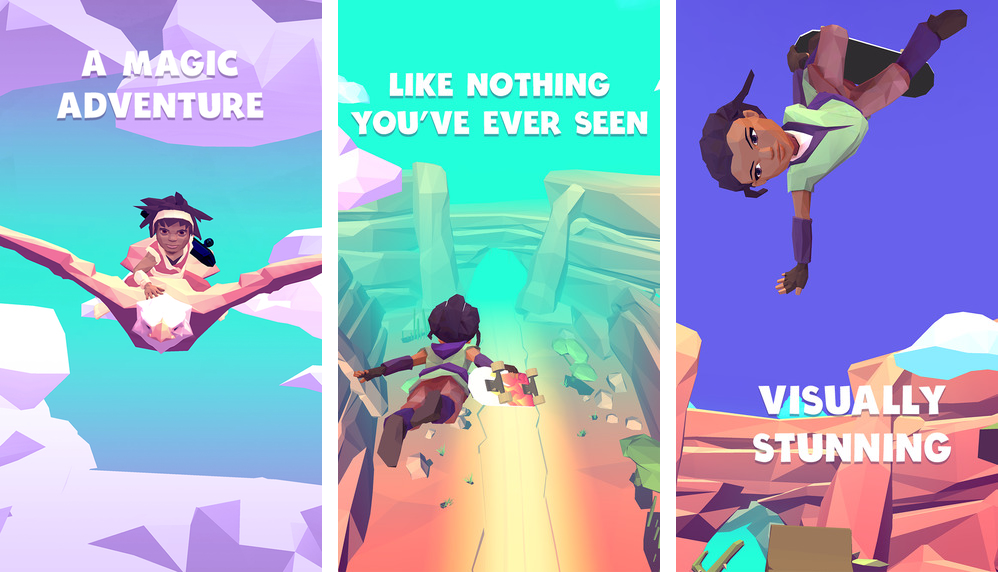 Infinite Skater, a drop dead gorgeous endless runner has been slashed to zero bucks temporarily in the App Store. Regularly $2.99, this visually stunning game can now be yours at no charge. Available for the iPhone, iPod touch, iPad and—yes—the fourth-generation Apple TV, Infinite Skater is “a magic adventure like nothing you’ve ever seen” and that’s not just marketing talk.

“Infinite Skater sweeps you on a magical ride as you dodge, grind and boost through sun-drenched landscapes backed by the beats of a chill, ambient soundtrack. Accessible but packed with variety, its offbeat blend of enlightenment and sick tricks is matched by gameplay that’s fresh and full of surprises.” 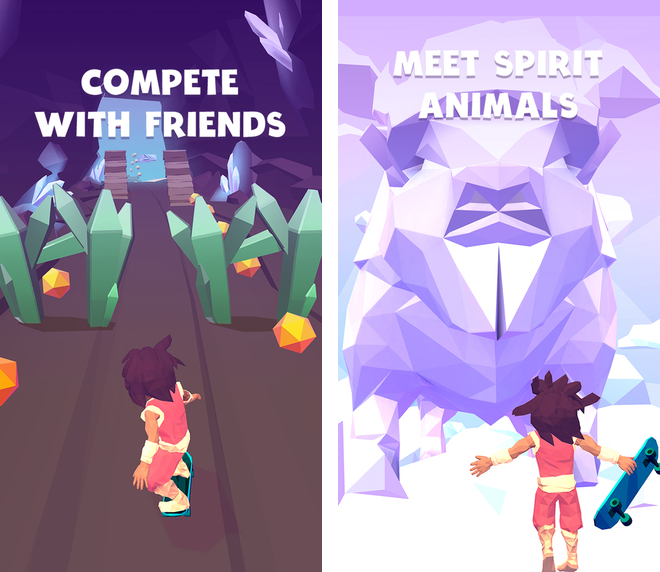 They’re right: each time you restart a level the game recreates the surroundings and the whole level algorithmically so no two plays are the same. Artist Jona Dinges has done a surreally incredible job in terms of the graphics and artwork direction in the game.

But don’t take my word for it—check out the trailer for the game.

The game includes optional In-App Purchases, but they’re fully optional as you really don’t need to spend any extra cash in order to appreciate this beautiful endless runner from the creators of Make It Rain: The Love of Money and the quirky OK Go word game, Say the Same Thing.

To download the game on your fourth-generation Apple TV, just use a ‘Not on this Apple TV’ section in the Purchased section or search for ‘Infinite Skater’ on tvOS App Store.

Grab Infinite Skater in the App Store for free.