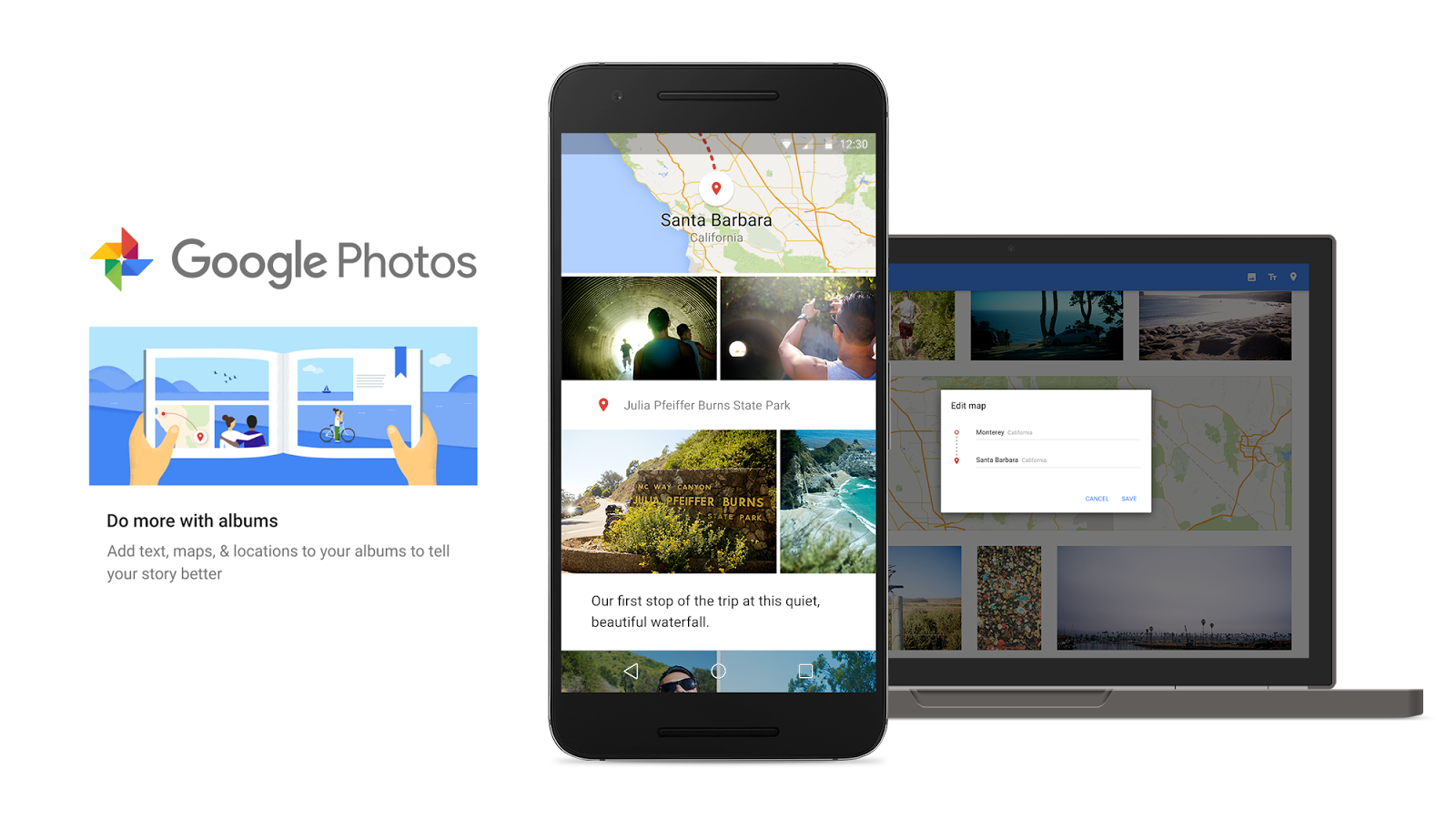 Google has been rolling out new features to its Photos mobile and web app at a rapid clip. And now, the Internet giant has introduced smarter albums in Google Photos that can be customized with text, maps and locations. “After an event or trip, Google Photos will now suggest a new album curated with your best shots and the locations of where you’ve been,” said the search giant on Tuesday.

You probably took photos and videos—lots of them—but didn’t do much beyond posting a couple on social media. Maybe you thought about making an album to share with your family or friends, but picking out the best photos and organizing them can feel as fun as unpacking your suitcase—so more often than not, they just sit on your phone or computer.

In addition to adding location pins to remember where you went, the app will also automatically create maps to show how far you traveled. If you’re not satisfied with your smart album, you can add your own text captions to describe the images.

Or, create an album of your own from scratch and customize it with maps, location pins and text. This new album experience is rolling out today on iOS, Android and the web.

Don’t forget that you can also invite collaborators to add their photos to your albums. Google rolled out shared albums in the mobile Photos app back in December.

The Mountain Valley company is now doubling down on Photos, both the application and the online service. Just recently, for instance, Google has shut down its long-standing Picasa desktop app and Picasa Web Albums, an online photo-sharing service.

On March 15, Google stopped supporting the Picasa app for Mac and Windows. Existing Picasa installations still work and the desktop installer is still available from Google, but the software is no longer maintained, developed and supported.

If you choose to switch to Google Photos, you can continue to upload photos and videos using Google’s desktop uploader at photos.google.com/apps.