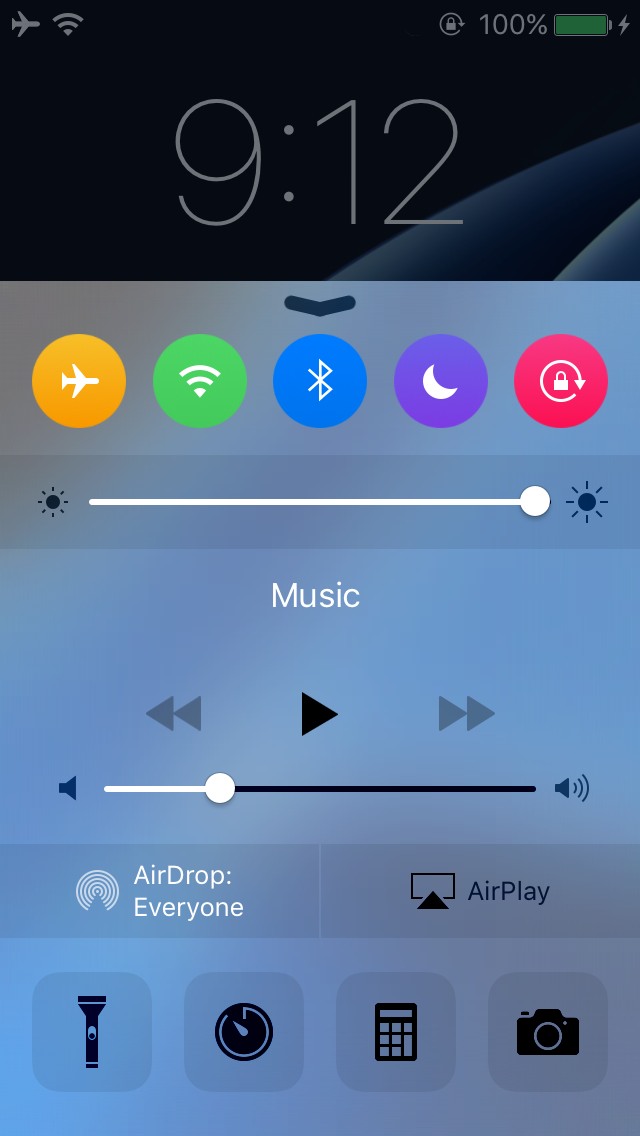 If you’re interested in adding a touch of color to your Control Center interface in a way inspired by that of watchOS itself, then you’re going to be interested in a new free jailbreak tweak called Cream. Cream can be had from Cydia’s BigBoss repository today, and in this review, we’ll talk a little more about how the tweak works.

Cream is a jailbreak tweak that gives iOS a new look and feel in a very subtle way. Even something as small as changing the colors of the Control Center toggle buttons can make a huge difference in the user interface’s attractiveness.

The developer notes that the tweak was based off of watchOS, which, in case you’re not familiar with it at all, the toggle buttons in your settings Glance will turn similar colors when you turn them on and off:

Although it’s a simple tweak, Cream is fully compatible with FlipControlCenter and Polus, which are both incredibly popular Control Center modification extension platforms. 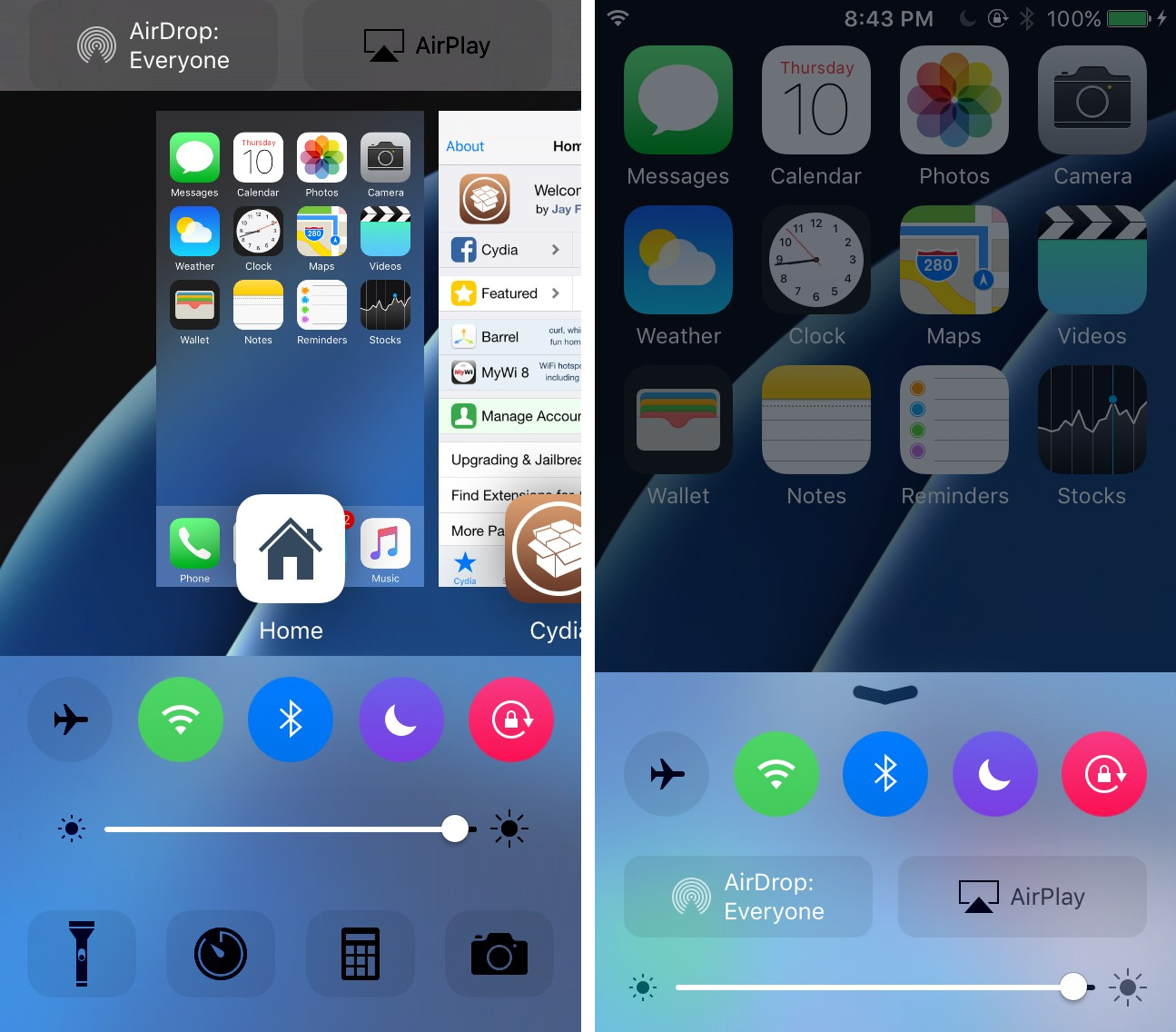 Cream will add a preferences pane to the Settings app, but there aren’t a whole lot of options to configure. What you’ll find is a kill switch to turn the tweak on or off on demand, as well as an option to configure custom colors for your Control Center toggles if you’re using FlipControlCenter or Polus. 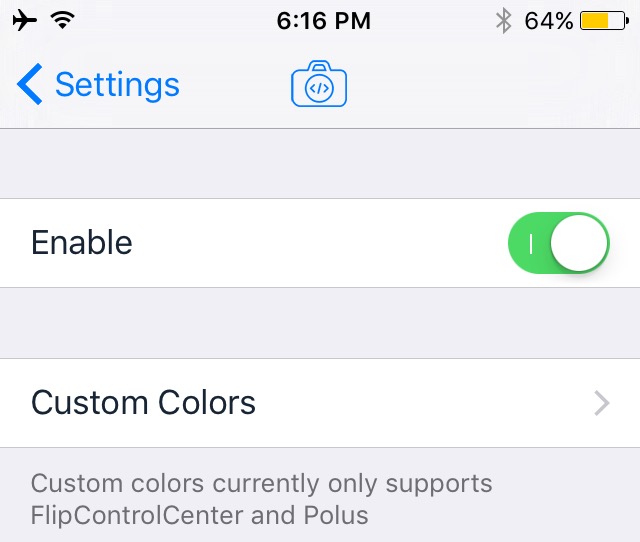 When you want to pick a custom color for yourself, you’ve given a full color picker rather than pre-set colors, so the options are literally endless: 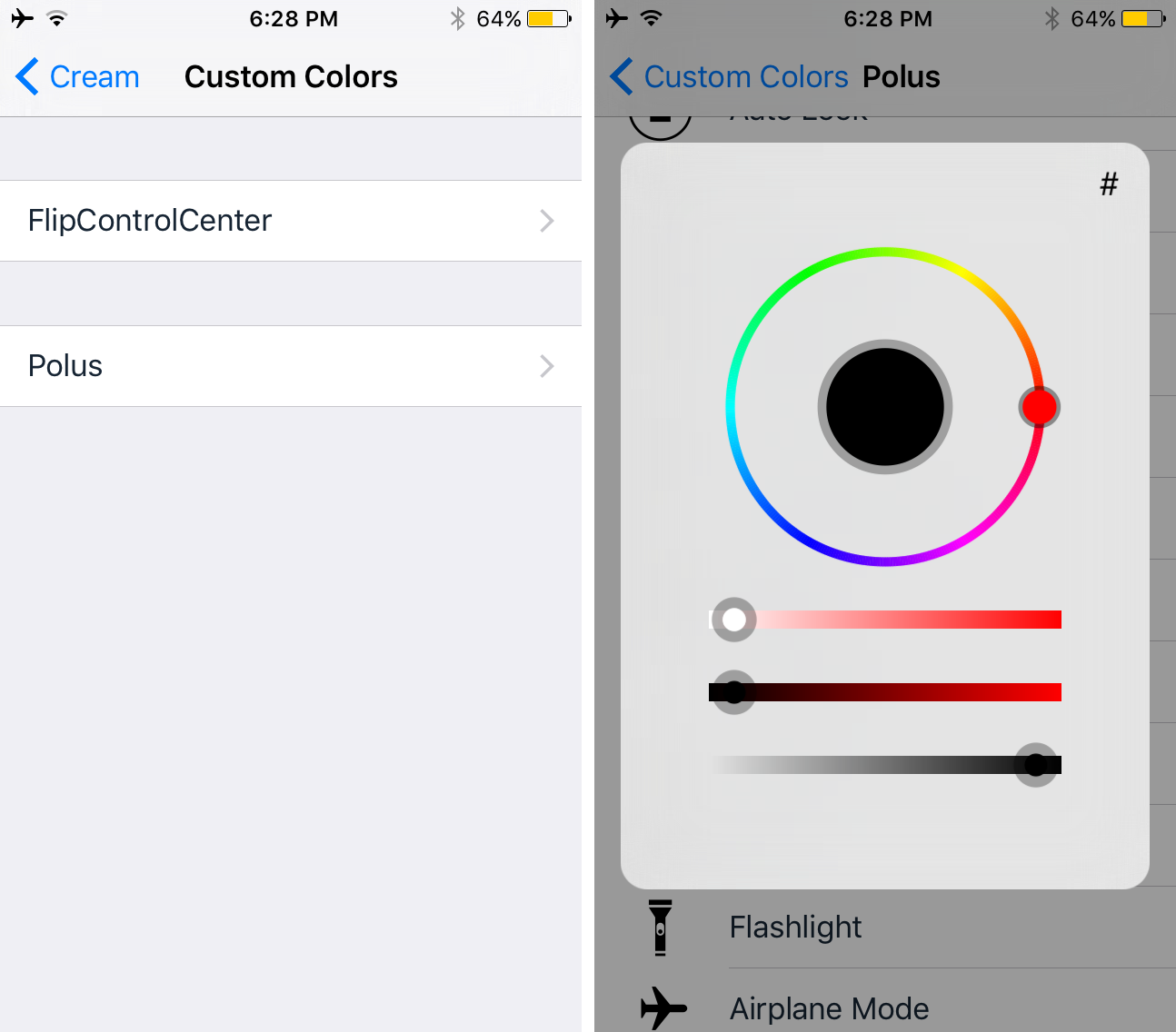 My opinion on Cream

I think Cream is a well-crafted port of a rather nice-looking watchOS feature over to iOS. I always liked this feature about the Apple Watch, and having it on my iPhone makes me feel a little more complete.

Although I’m quite happy with the stock colors the tweak comes with, it’s kind of nice that it lets you pick your own so long as you use a third-party Control Center modification extension like FlipControlCenter and Polus.

As of this writing, there is a small bug with the tweak related to this and FlipControlCenter, so changing colors isn’t possible at the moment, but it appears to work right with Polus at this time.

On the more critical side of cream, it’s not really a tweak for minimalists because all it does is modify the look and appearance of something to make it pop out more. It’s a tweak for those that like to tinker and make things look unique from everyone else’s, and this is something to keep in mind.

If you’re jailbroken and are interested in giving your iPhone a watchOS-inspired color makeover for its Control Center toggle buttons, then you can download Cream from Cydia’s BigBoss repository for free right now.

What are your thoughts on Cream? Share in the comments below!