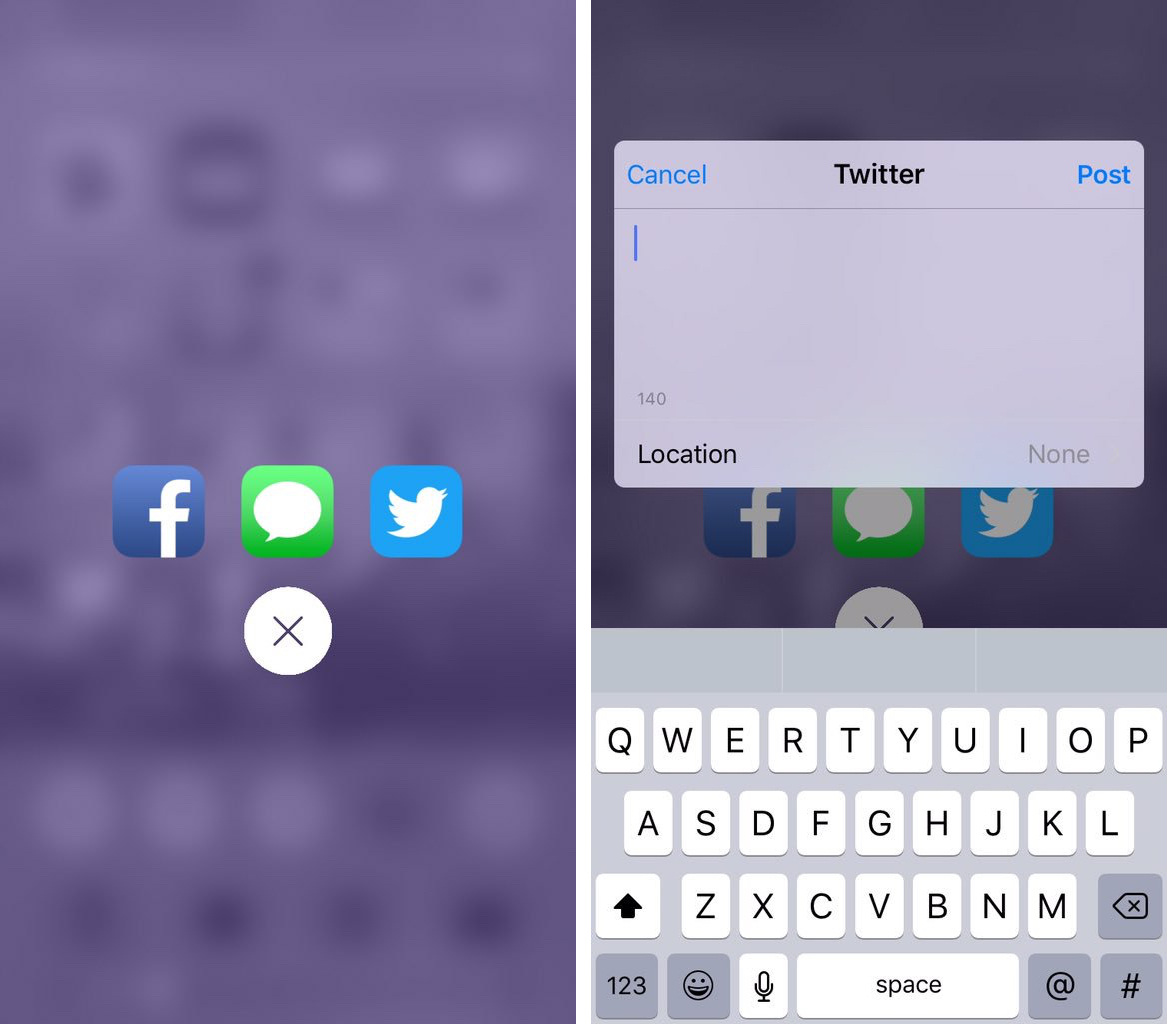 FastShare is a new jailbreak tweak available in Cydia’s BigBoss repository for $1.49 that lets you harness the power of Activator to allow you to more easily share information with your friends, family, and followers.

The tweak comes with a unique interface for sharing information across your favorite social mediums, such as Facebook, Twitter, and Messages, and it includes options that you can configure to your liking so the tweak looks and behaves how you want it to.

FastShare: a convenient new way to share stuff with friends

The idea behind FastShare is to consolidate a number of handy sharing options into one easy-to-access user interface.

Although Activator can already be used to compose a Tweet, compose a Facebook Post, or compose an iMessage to your friends, using the default Activator methods comes with the downside of having to sacrifice three individual Activator actions – one for each share method.

FastShare solves this problem by bringing together three of the most popular sharing mediums into a single interface, which can be accessed with only one Activator action. This way, you can use those other two Activator actions that you would have assigned to sharing to other sharing networks on something more useful instead.

When you tap on any of the sharing buttons, such as the Twitter one for example, you’ll be given a stock iOS share sheet that lets you compose the information you wish to share via the social medium.

Configuring FastShare to your liking

FastShare also adds a preferences pane to the Settings app so you can configure it to work to your own accord.

I particularly like the interface of FastShare in that it’s simple and iOS-esque, but the price is something you’ll have to consider before you go spending $1.49 on it. Why do I say that? Well, all of this functionality is already built into the stock installation of Activator.

All you really appear to be paying for when you purchase FastShare is a pretty new user interface with all of the sharing options being consolidated into a single Activator action and user interface. With that being said, whether or not the price tag is going to be worth it to you will have to do with how much you use Activator and whether or not you like fancy iOS-style interfaces.

Overall, would I rush to pay $1.49 for this tweak? – Not particularly, because I don’t share a whole lot of stuff that often and I’m perfectly fine assigning multiple Activator gestures to these actions. But for people who are more serious than I am about sharing content on social media and with their iMessage/SMS buddies, buying the tweak might make more sense.

FastShare is a beautiful new Activator-based sharing tweak intended for jailbroken iOS device users and works with iOS 9. If you share a lot of stuff, then this just might be the next new tweak for you.

What are your thoughts on FastShare? Tell us in the comments below!