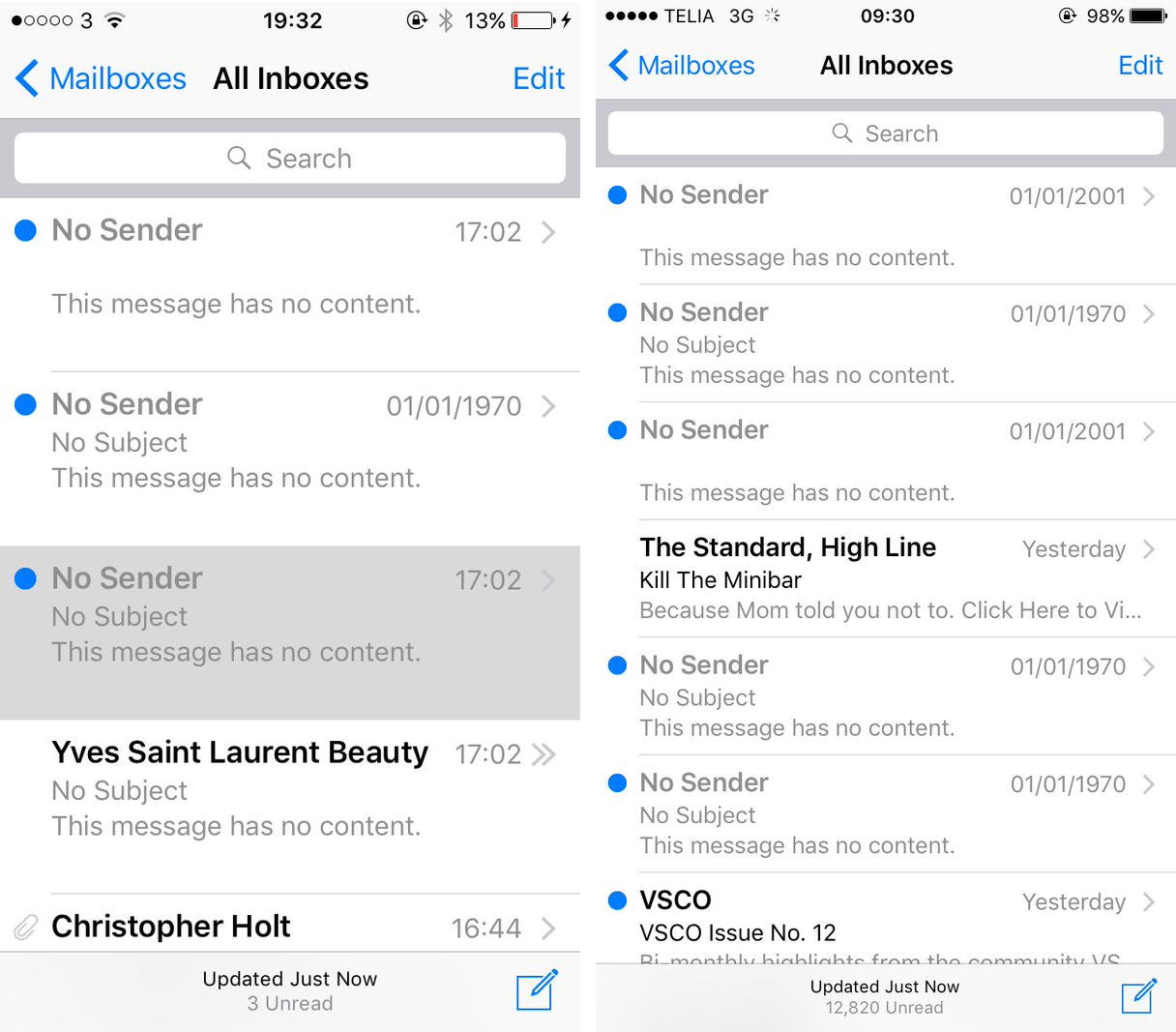 iOS has been hit with another strange bug which causes users to receive ghost emails from 1969 and 1970 that cannot be deleted.

As some Reddit users have discovered, an error with the mail server not downloading the headers correctly appears to be causing some iPhone owners to receive undeletable ‘null’ emails dated back to December 31, 1969 or January 1, 1970.

It’s unclear if this issue is related to the infamous ‘January 1, 1970’ bug which can brick some devices and that Apple has fixed in the forthcoming iOS 9.3 software update. We have reached out to Apple asking them to comment on the new issue and will report if we receive a reply.

One commenter on Reddit explains that the issue probably stems from the way iOS handles UNIX time, or Epoch time as it’s also called. In UNIX time, January 1, 1970, at midnight, is the starting time when counting started.

“The date of January 1st, 1970 simply means there’s no data for the date,” reads the post. “No one crafted the email maliciously, it just has no data.”

If the date stamp on some of your emails is set to 1970 and you cannot delete these messages, try disabling your Mail account in Settings → Mail, Contacts, Calendars.

Now exit Settings and go to Mail and the null messages should be gone. Go back to Settings and re-enable your email account. This issue only seems to affect Apple’s stock Mail app and when changing time zones.

Screenshots via The Telegraph.