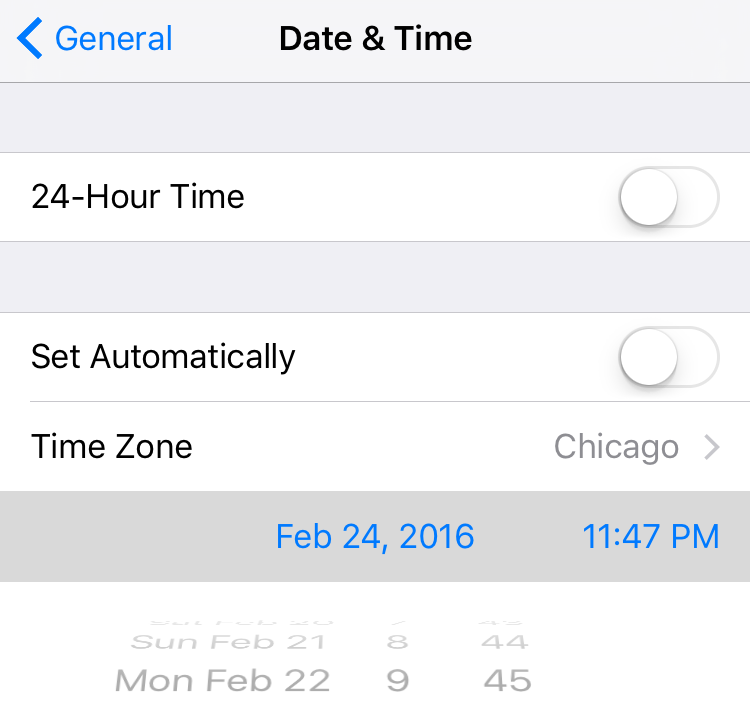 The iOS 9.3 beta released earlier this week includes a fix for the ‘January 1, 1970’ bug that has been bricking devices, reports MacRumors. The site points to its forums, where multiple users found that their devices stuck in boot loops were able to be restored to working order via an update to beta 4.

The fix is two-fold. Folks with the beta installed say that you can no longer move the time on December 31, 2000 past 7 p.m.—disabling the bug entirely, since this prevents you from scrolling back to 1970. And as mentioned above, the new firmware can also unbrick devices affected by the glitch.

Reports of the issue first popped up on Reddit two weeks ago, and Apple has since said that it is aware of it and is working on a software fix. Until now the only way to repair a bricked device has been to manually open it and disconnect the battery, or take it into an Apple Store and let a Genius do it.

In addition to this particular fix, iOS 9.3 also includes several new features, such as Night Shift mode, password-protected Notes and additional 3D Touch actions. It’s expected to be released sometime around Apple’s rumored March event, but it’s possible that issues like this could force its hand early.