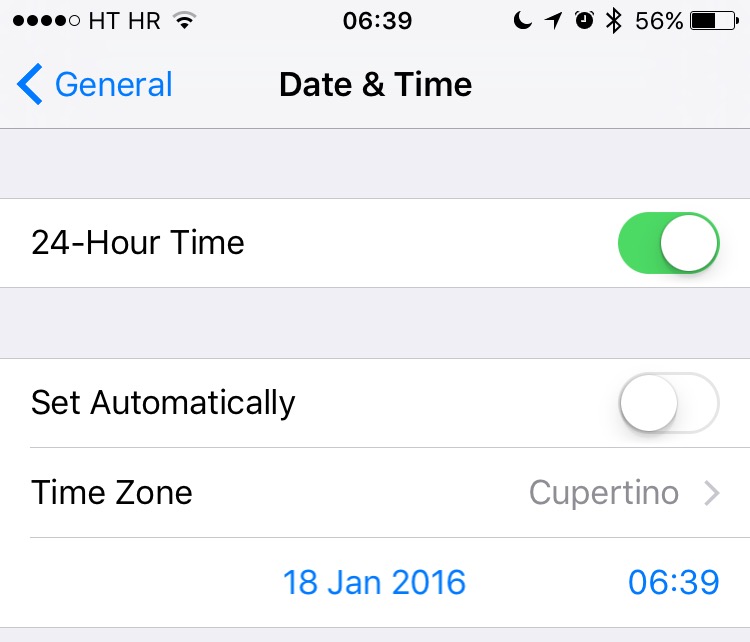 A newly published support document from Apple, which was first discovered by German blog Apfelpage.de, has acknowledged an issue where any 64-bit iPhone could be bricked by setting the date back to a specific time, causing it to fail to boot properly and requiring a physical repair to put the device back into working order.

According to the document, a permanent fix for the problem will be released as part of a future software update. Meanwhile, the affected iPhone owners are advised to contact Apple Support.

“Manually changing the date to May 1970 or earlier can prevent your iOS device from turning on after a restart,” notes Apple.

“An upcoming software update will prevent this issue from affecting iOS devices. If you have this issue, contact Apple Support,“ reads the support doc.

The issue was first reported last week in a Reddit thread and has since blown up.

To reproduce the issue, you would need to go to Settings → General → Date & Time and flip the switch next to the Set Automatically to the OFF position.

You would then need to change the date to January 1, 1970. You should be able to hit this date by scrolling up to get to year 2000, then go back, into Date & Time settings again and repeat the process until you reach 1970.

As a final step, you would need to reboot your device, which would cause it to get bricked and neither a DFU restore nor Recovery mode would un-brick it.

Needless to say, readers are highly discouraged from trying this on their iPhone.