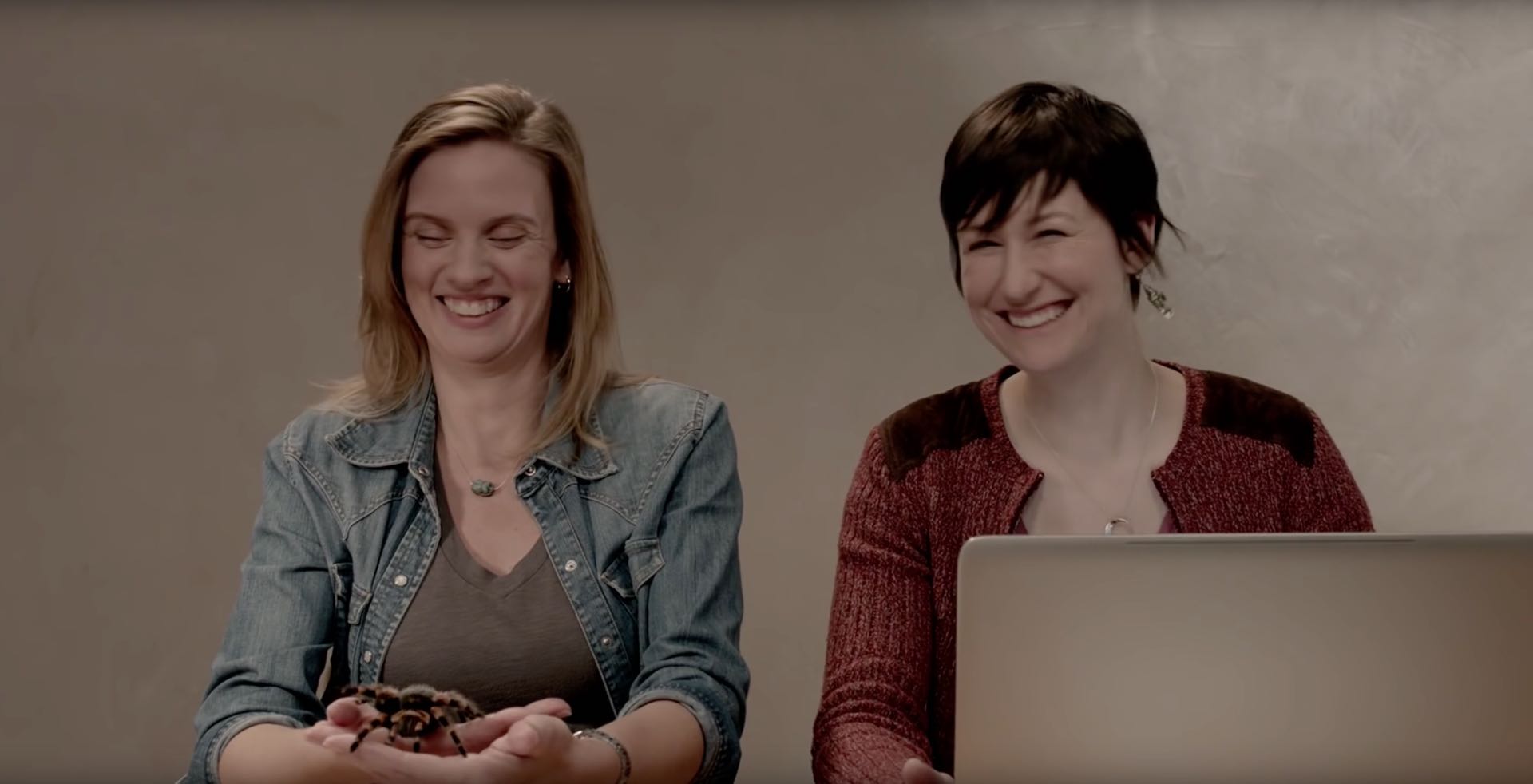 Microsoft this weekend published four new commercials for its Windows 10 operating system that showcase things “Macs can’t do”. The ads feature Kristie and Jess, AKA The Bug Chicks, the two women who are apparently trying to change the way kids think about bugs.

The two characters, one of whom is a Mac fan jealous of Windows 10 features, explore competitive advantages of Microsoft’s operating system like the built-in Cortana personal assistant, support for inking and drawing on notebooks with built-in touchscreens, the ability to log in to Windows 10 with one’s face and more.

As each Windows 10 feature is highlighted, the other woman responds with a variation of the “I don’t have a touchscreen on my Mac, I’m jealous of that” theme.

Here are the ads.

To be sure, Cortana is available on OS X if you install Parallels Desktop to run Windows 10 natively on a Mac, which will also let you use Cortana across both Mac and Windows.

For its part, Apple is said to be bringing Siri to OS X this fall with the release of OS X 10.12, the next major version of the Mac operating system.

As for the inking features, Apple could make a touchscreen Mac with built-in support for the Apple Pencil, but I’m not counting on that. Company executives have said multiple times that it wouldn’t make sense to add touchscreen input to a notebook or a desktop because lifting your finger to touch the screen would lead to the gorilla arm syndrome.

As for the face-detection feature, I don’t think that’s something people would want to use on a daily basis as a replacement for the traditional password-based login. Face detection is imperfect, it’s not instantaneous and it might serve as a new attack vector on users’ privacy.

A far better solution, in my personal opinion, would be if Apple allowed users to log in to their Mac with Touch ID verification on their iPhone (there’s an app for that, actually, and it’s called MacID).

What do you think of these ads? Is Microsoft on to something here?