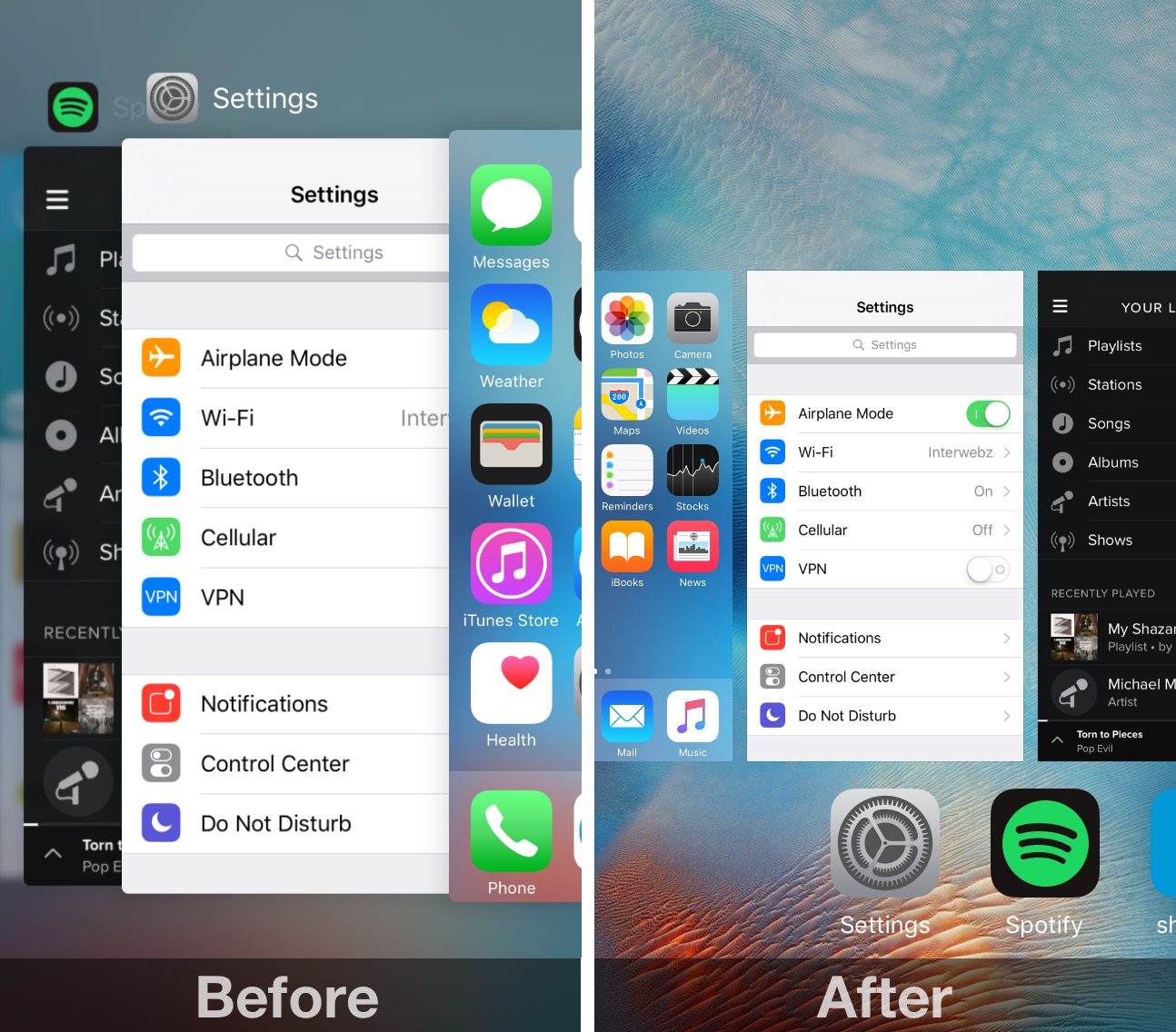 The iOS 9 App Switcher isn’t always very responsive to upward swipes and sometimes swipes side-to-side instead. Moreover, it can be slower and laggy on older iOS devices that aren’t built for the added demands on the system’s resources.

If you’re missing the fluidity and responsiveness of the iOS 7 App Switcher, and you have a jailbroken device, you’re going to love a new jailbreak tweak dubbed AppSwitcher7, which is available for free in Cydia as of today.

Going back to a simpler time

Many of you might have grown accustomed to the iOS 9 App Switcher, or are using some super cool jailbreak tweak that does away with it to provide you with an even more functional interface, whether that be Auxo 3, Griddy, Mockingbird, or some other App Switcher replacement.

If you’re a minimalist, however, then you probably still have the stock App Switcher, and whether or not you actually enjoy using the iOS 9 remake remains to be seen.

Fortunately, AppSwitcher7 allows you to go back to the way things were with iOS 7, providing you with an App Switcher that hardly ever mistook your swipes for something else, and where the app cards were nicely spaced apart so you never closed the wrong one by accident

AppSwitcher7 doesn’t make as stark of a difference as VintageSwitcher made, which brought the iOS 6 and earlier App Switcher experience to iOS 9. Instead, AppSwitcher7, which uses a not-so-old design that will still feel familiar and still even shows you the app preview cards you may have missed after installing VintageSwitcher.

AppSwitcher7 doesn’t have any options to configure, but it does add a toggle switch to the Settings app that you’ll need to turn on for the tweak to function on your jailbroken device. 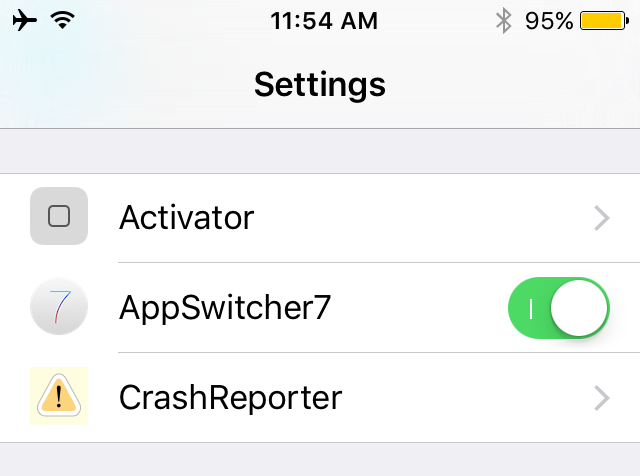 One thing you’ll notice right off the bat is how the tweak will be enabled by default, but it won’t work just yet.

After doing this, you should now start seeing the iOS 7 styled App Switcher when you launch it rather than the iOS 9 version.

AppSwitcher7 is a very good port of the iOS 7 App Switcher for iOS 9, and I’m personally a fan of the effort. Although I like the way the iOS 9 App Switcher looks, it can be particularly slow on older devices like my iPhone 5 because all the blurring and effects are graphics-intensive. With this tweak installed, the App Switcher feels much more responsive.

Another thing I’ve always had trouble with in the iOS 9 App Switcher is when I would go to swipe up on an app to close it, my device would register my swipe as trying to swipe through the cards instead, and it would seem to be an ongoing bug unless I closed the App Switcher, then re-opened it, and tried again.

AppSwitcher7 does away with this problem too because the app preview cards are more spaced apart from one another, which means the gestures are harder for the touch screen to confuse with one another.

Despite the fact that I like the look and feel of the iOS 9 App Switcher better, I can only hope Apple improves its fluidity and reliability in future iOS versions; until then, AppSwitcher7 is probably going to be my new best friend to keep my device running smoothly.

To those who miss the simplicity of the iOS 7 App Switcher, AppSwitcher7 is a great jailbreak tweak you can install for free from Cydia’s BigBoss repository to bring it to your iOS 9 device(s).

Do you miss the older App Switcher style? Share in the comments below.