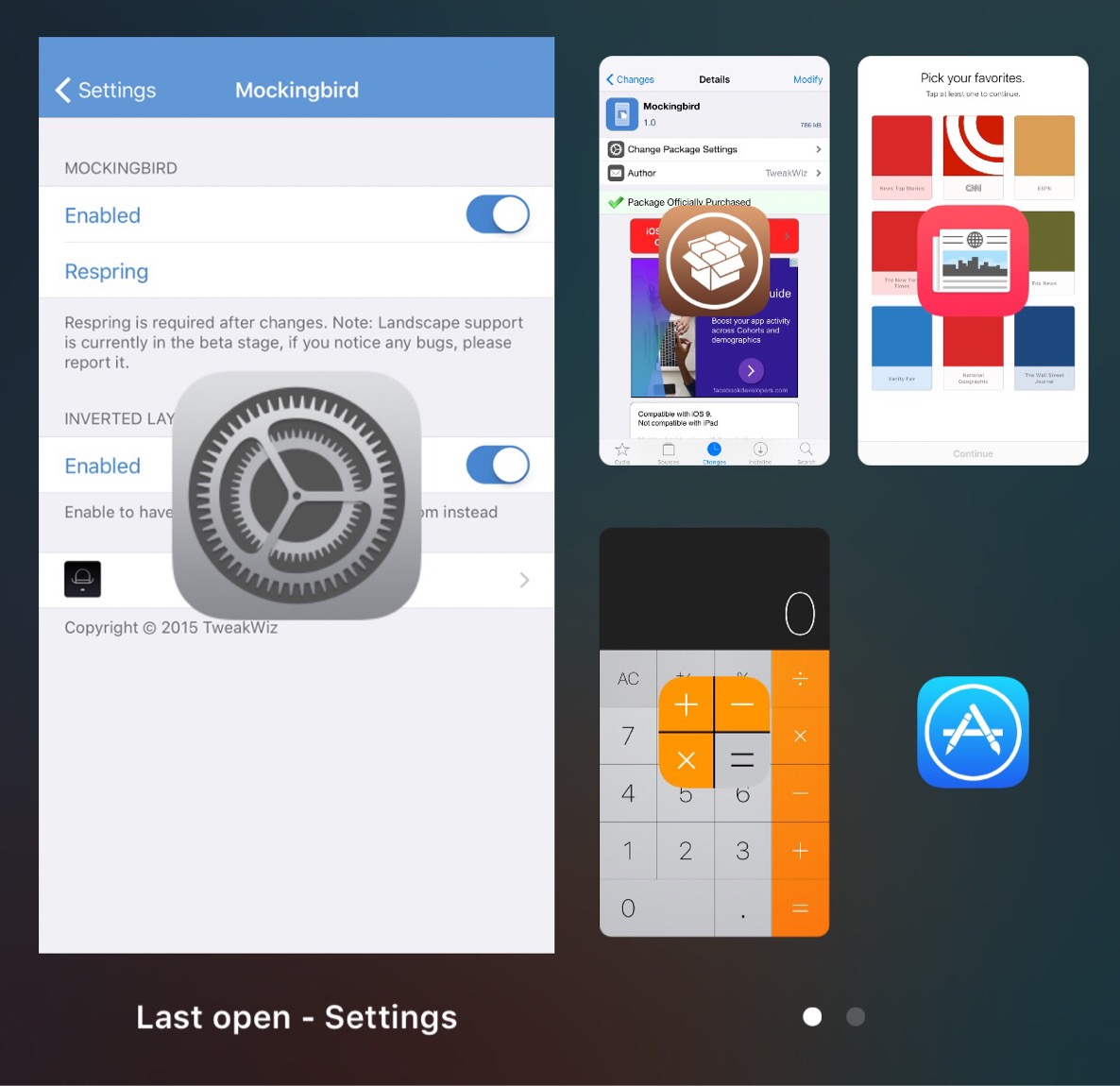 Unfortunately, originality will only score you so many points. Mockingbird, while presenting some good ideas, is the textbook example of a tweak that was released long before being ready for prime time.

Before you pay $1.99 for Mockingbird, you may want to watch our video walkthrough embedded above. It showcases some of the key problems that I uncovered while testing the tweak. Granted, this tweak is a 1.0 release, so it deserves a little slack, but I still think $1.99 is a lot to pay for a release that’s borderline unusable.

My main gripe with Mockingbird is that it lacks basic polish. For instance, switching between pages in the App Switcher features no type of transition animation, it’s just an abrupt change from one page to another. Killing apps, accomplished via long press on the app card, features the same abrupt animation—apps just disappear.

I really like visual layout of Mockingbird, especially when you take advantage of the tweak’s inverted mode that places App Switcher cards on the bottom of the screen and recent notifications on top, but outside of visual appeal, Mockingbird isn’t all that practical. I do enjoy how the last opened app is displayed bigger than the rest of the apps within the switcher, but animations, or lack thereof, cancel out much of the good will that the tweak earns in that regard.

The most troubling thing about Mockingbird is the recent notifications section. This section feels completely disjointed from Notification Center, and is truly there just for informational purposes. Hence, there is no interactivity with these notifications, and even tapping on them doesn’t always result in their dismissal.

Mockingbird does feature a preference panel, but it’s pretty bare bones. Besides the inverted option, there’s an overall kill switch and a respring shortcut. Whenever making changes to the tweak’s preferences, you’ll need to respring, but I found that the tweak essentially forces a respring whenever you exit the preferences after making a change. Jarring, to say the least. 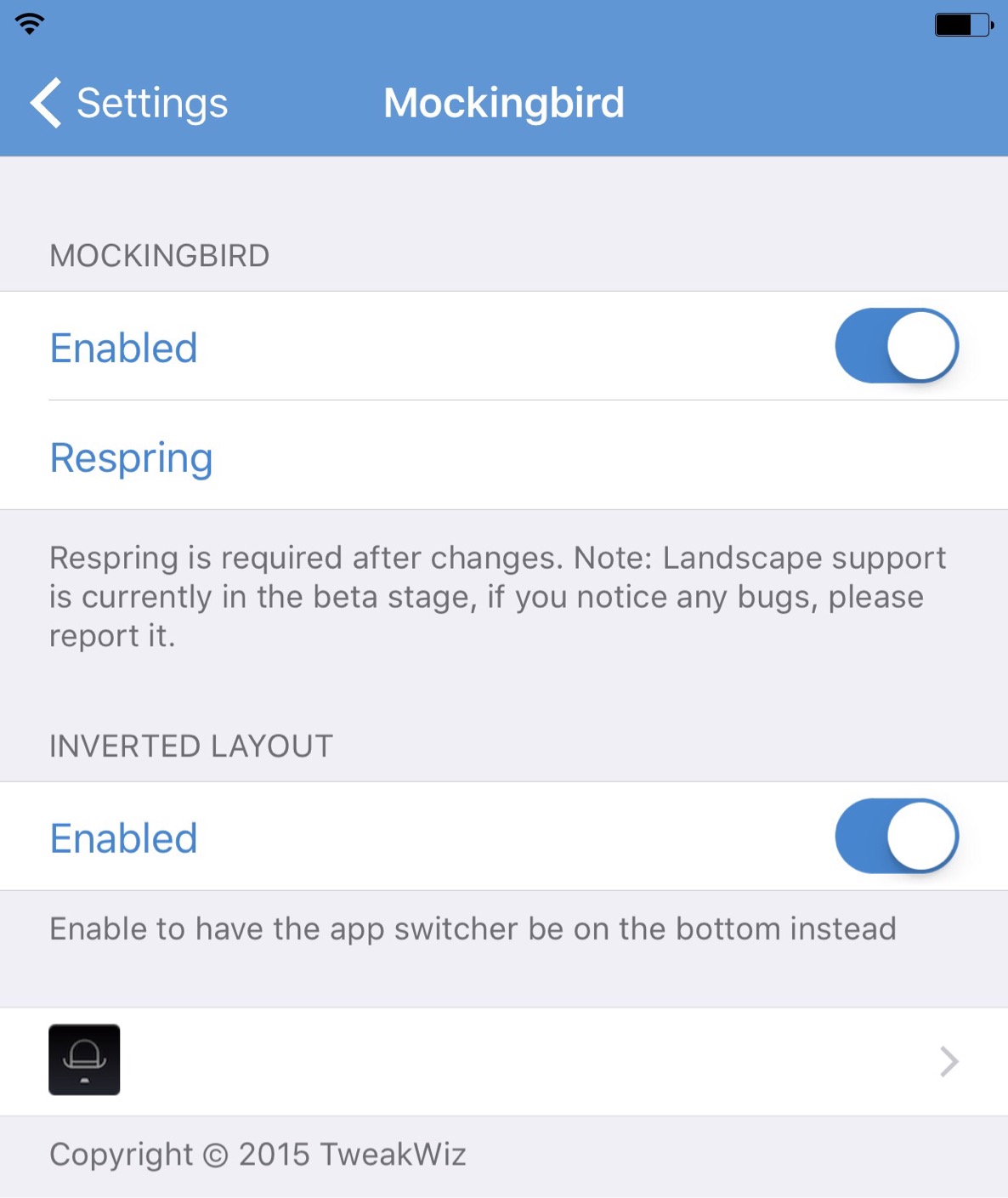 Lastly, there’s landscape mode support, and although the developer does note that it’s in “beta” stage, the landscape mode completely locked up my iPhone 6 Plus to the point where I needed to perform a force restart to get my iPhone back to the Home screen.

Visually, Mockingbird has a lot going for it; it’s the execution where it falls flat. If I were you, I’d recommend waiting until at least a few updates are released before considering dropping $1.99.