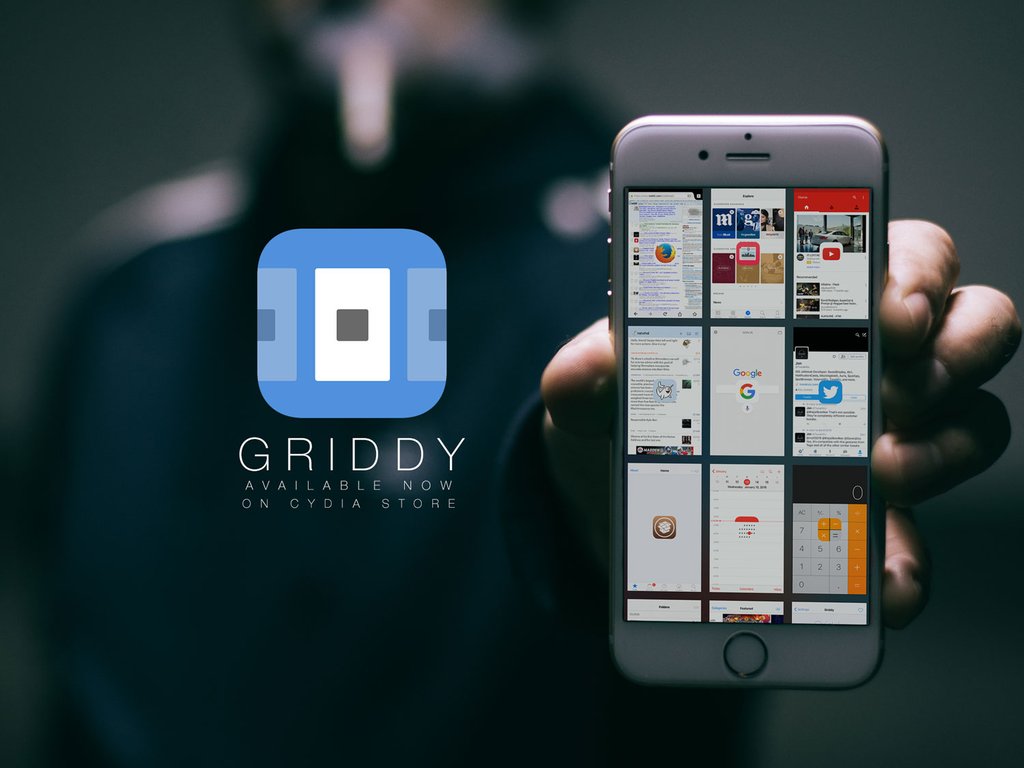 Among one of the funnest things to modify when you have a jailbroken iOS device is the App Switcher – the jailbreak community has thought up and created a wide variety of App Switcher replacements that have been released in the Cydia Store, some better than others.

One of the more recent that you shouldn’t deprive yourself of checking out is Griddy, a new jailbreak tweak from Cydia’s BigBoss repository that gives your App Switcher a much more grid-like experience. 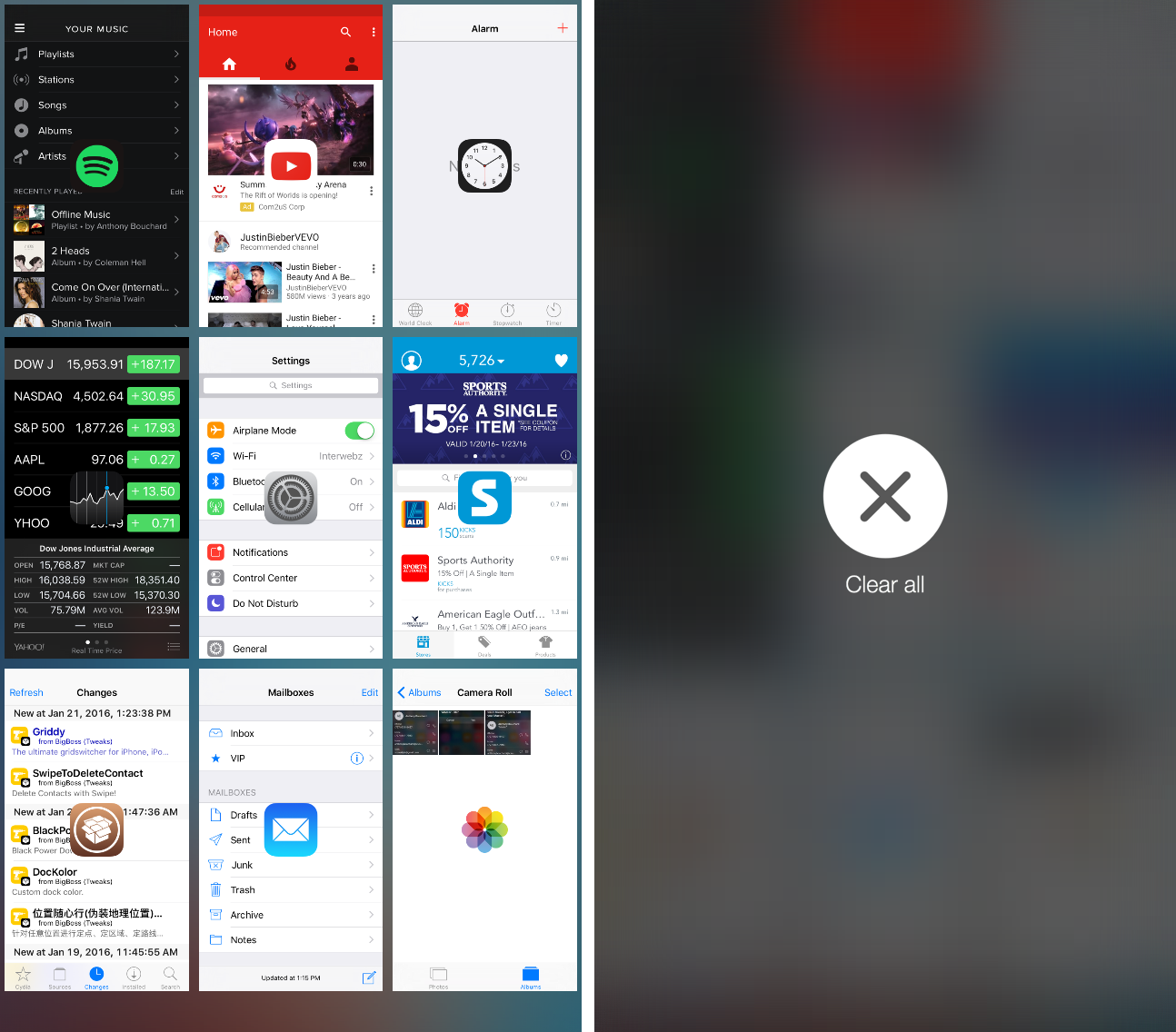 Griddy is essentially an App Switcher replacement for iOS that gives the App Switcher a grid-like view rather than a stack-of-cards view. With the grid-like interface, what you’re getting is much less wasted space and a larger work area where you can complete tasks.

What’s more is there’s an option to close out of all your applications at once if you tap and hold on any of the applications on the grid, but you should only do this if something isn’t working, because as we’ve explained before, force-quitting apps is a waste of resources.

Customize it to your liking 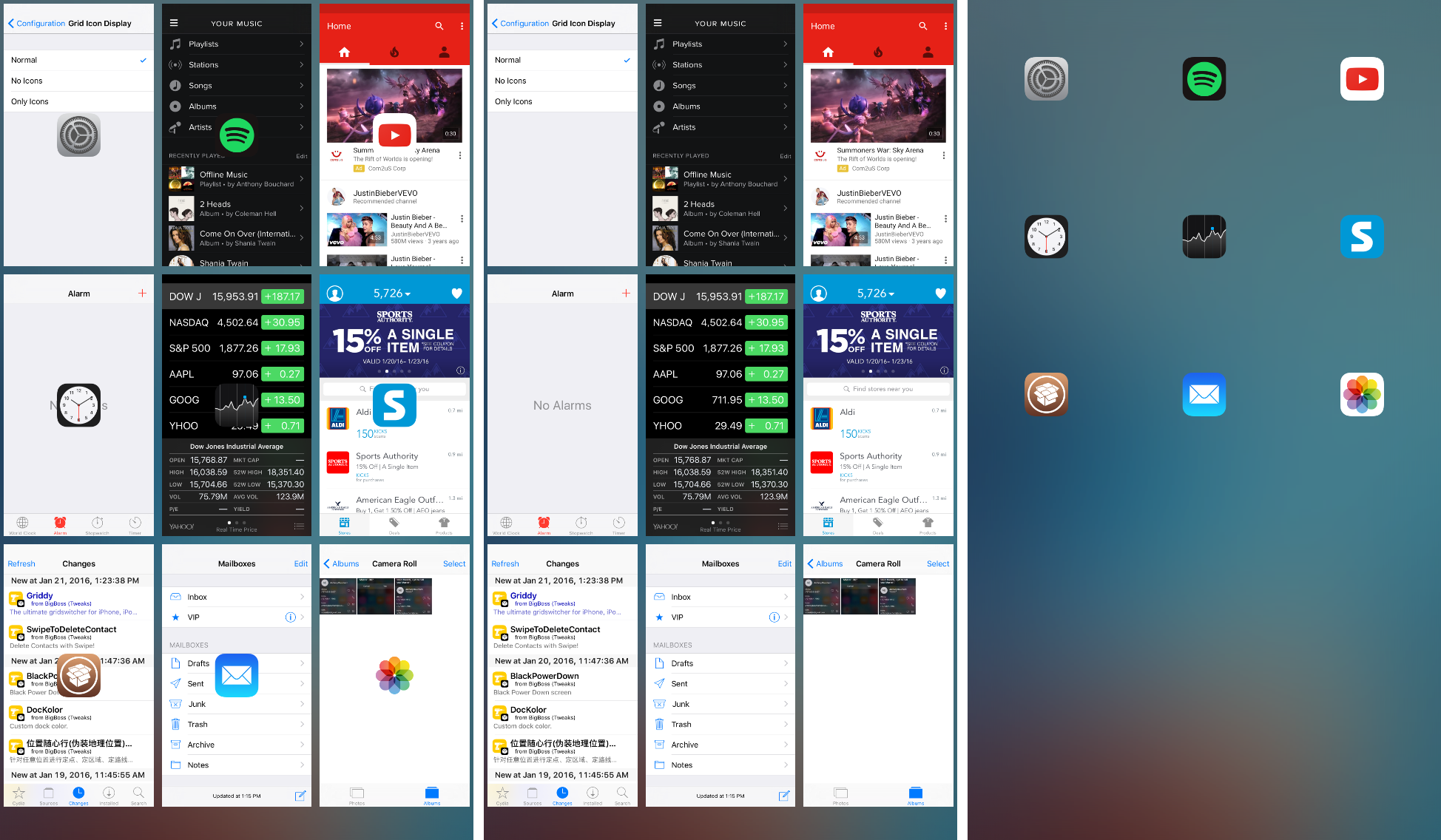 Griddy is fully customizable and comes with a handful of options that you can configure to make it look and behave to your liking. You can choose whether the apps in the grid have app icons or not, or whether they have app previews or not, and you can even configure how the tweak behaves individually in landscape more or portrait mode. There is a ton of options to configure, and we’ll go over all of them with you.

From the main preferences pane under Settings > Griddy > Configuration, you get all of the options shown above. We’ll outline how these options work below:

The app icons can be positioned in any of the following places on top of the app previews:

The blur intensity for the background can be configured in increments of 10% from anywhere between 0% and 100%. 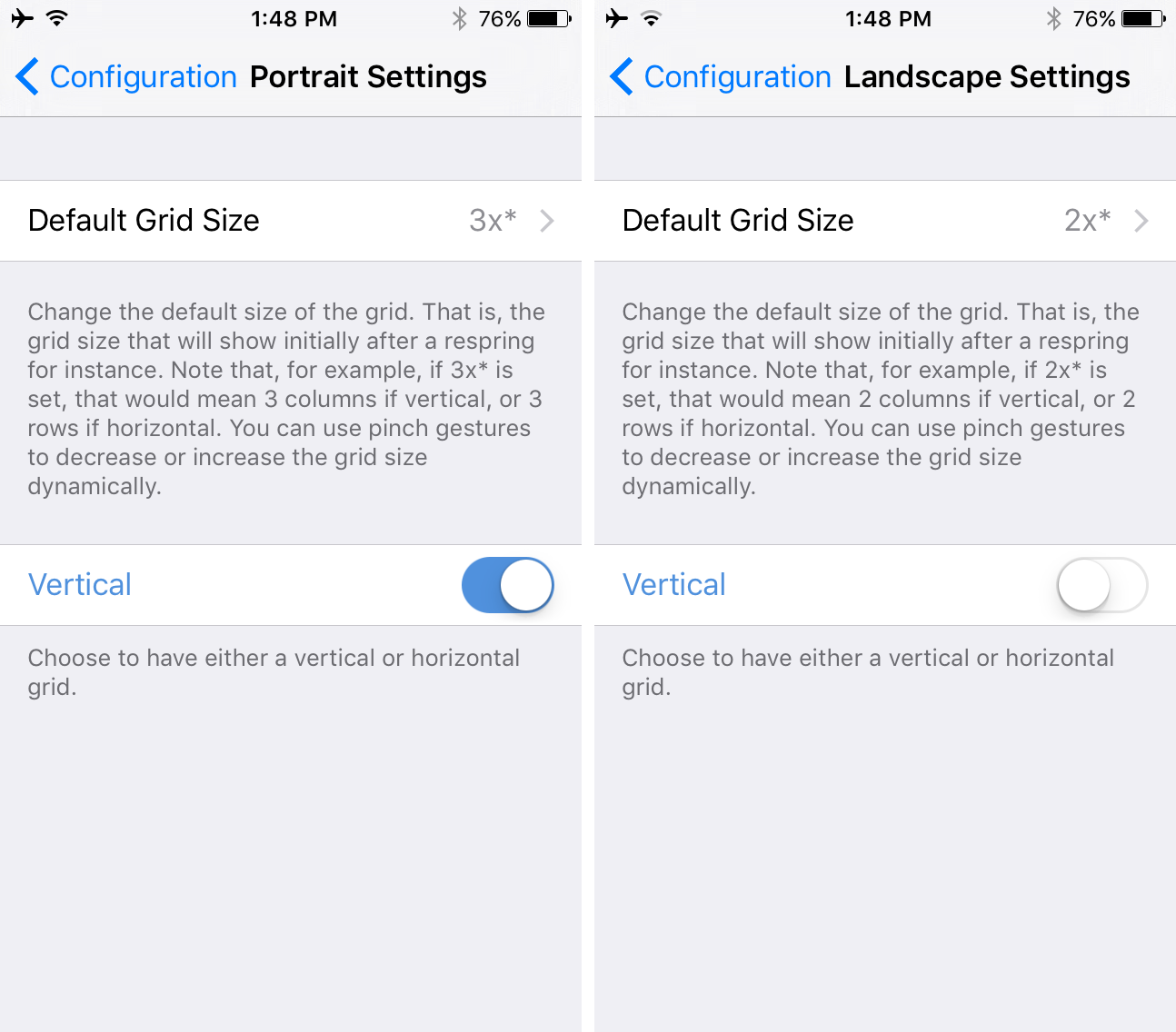 For your individual settings for landscape and portrait orientation, you can choose what the default grid size will be for the objects on the screen, as well as whether or not the grid will be vertical.

How to use Griddy’s gestures

Griddy, being a completely new type of App Switcher for iOS, also includes new gestures for controlling how you will interact with the apps. One of the gestures, which we already explained earlier, is that you can tap and hold on an app preview to open the “Close All” interface for closing out of all your applications in the App Switcher. Others include:

My thoughts about Griddy

When it comes to third-party App Switchers, I’m always skeptical. Auxo is by far one of my favorite third-party App Switchers, but I always like to give others a try when I can. Griddy is one of the few that I can say are different and creative and work well. The tweak isn’t over-featured and comes with just enough features to get done what it is you actually want to do.

With full support for iOS 8 and iOS 9, Griddy comes to the table for users of current and past jailbreaks, but it’s not compatible with most other App Switcher jailbreak tweaks like Seng and Auxo for obvious reasons. Unlike these tweaks, however, Griddy does not change Control Center in any way.

The grid App Switcher idea is quite dated, and many ancient jailbreak tweaks have made ideas like this a reality several iOS generations ago, but it’s nice to see that the idea is still kicking to this day on modern iOS versions, but with a modernized UI and use of blurs and details that Apple would use if they were ever going to create a feature like this.

If you liked Griddy, share in the comments below!