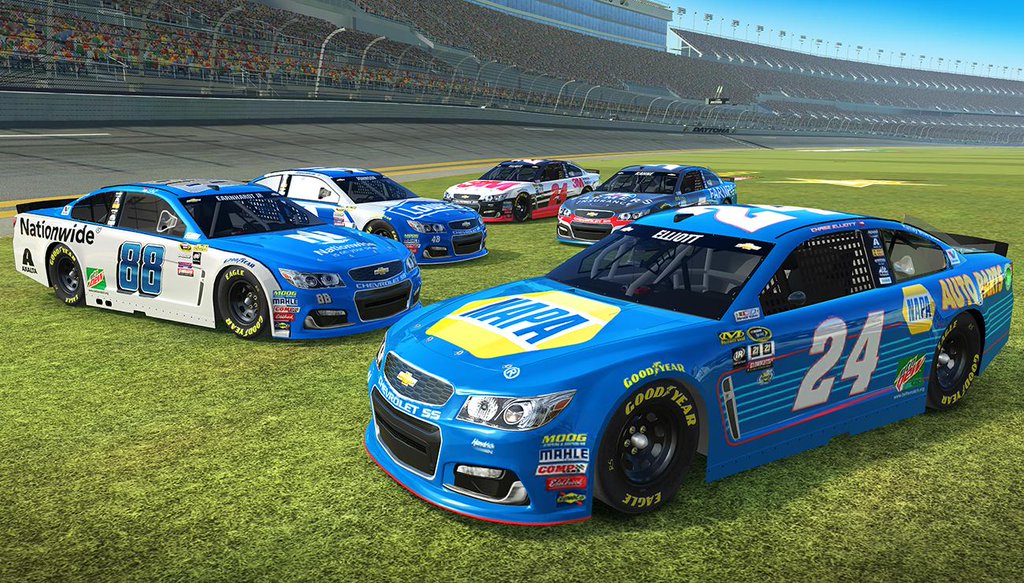 Electronic Arts’ and Firemonkeys’ Real Racing 3 has amassed over a hundred million downloads across iOS and Android platforms thus far. Yet, up until today this premium game was not available as a native app for the new Apple TV—despite the fact that rival Gameloft’s Asphalt 8 is one of the most downloaded Apple TV games. A new update to the free-to-play racing game, now available in the App Store, changes all that with native support for the Apple TV.

What’s more, the Apple TV game gives players the ability to race each other in a split-screen ‘Party Play’ mode. In addition, this version of Real Racing 3 sports newly added Daytone 500 content across platforms so you can drive the NASCAR Sprint Cup cars and race your opponents on the all-new Daytona International Speedway track.

The Apple TV edition of Real Racing 3 has full support for cross-device iCloud saves so you can continue advancing your career on the big screen right where you left off on your iOS device, and vice versa.

Check out the new promotional trailer for Real Racing 3.

As mentioned, Real Racing 3 is a freemium download so expect in-game advertising and In-App Purchases.

Real Racing 3 requires an iPhone, iPod touch and iPad with iOS 7.0 or later and includes an Apple Watch app to activate your Team Driver to race events, collect rewards and progress your career.

To install the game on your Apple TV, open the tvOS App Store and search for ‘Real Racing 3’. The iOS edition of the game is available in the App Store.