Siri is the personal voice assistant pre-installed on your iOS device. Introduced in iOS 5, the voice assistant allows a wide variety of functions, conversions, information queries, and fun comments to be invoked with just your voice.

But did you know Siri can also be used to toggle certain system settings on or off too? In this tutorial, we’ll show you how.

How to use Siri to turn system settings on and off

It’s no longer necessary to open the Settings app to turn some (not all) features on or off – Apple has made it to where you can actually use Siri in some cases.

For the most part, the system settings you’ll be limited to are those already available in Control Center, but nonetheless, it’s nice to be able to toggle the features on or off without having to use your hands.

Among the things that you can toggle on or off with Siri are:

What’s more is it’s as simple as saying “Turn Wi-Fi Off” or “Turn Bluetooth Off” when you have launched Siri and she awaits your command. 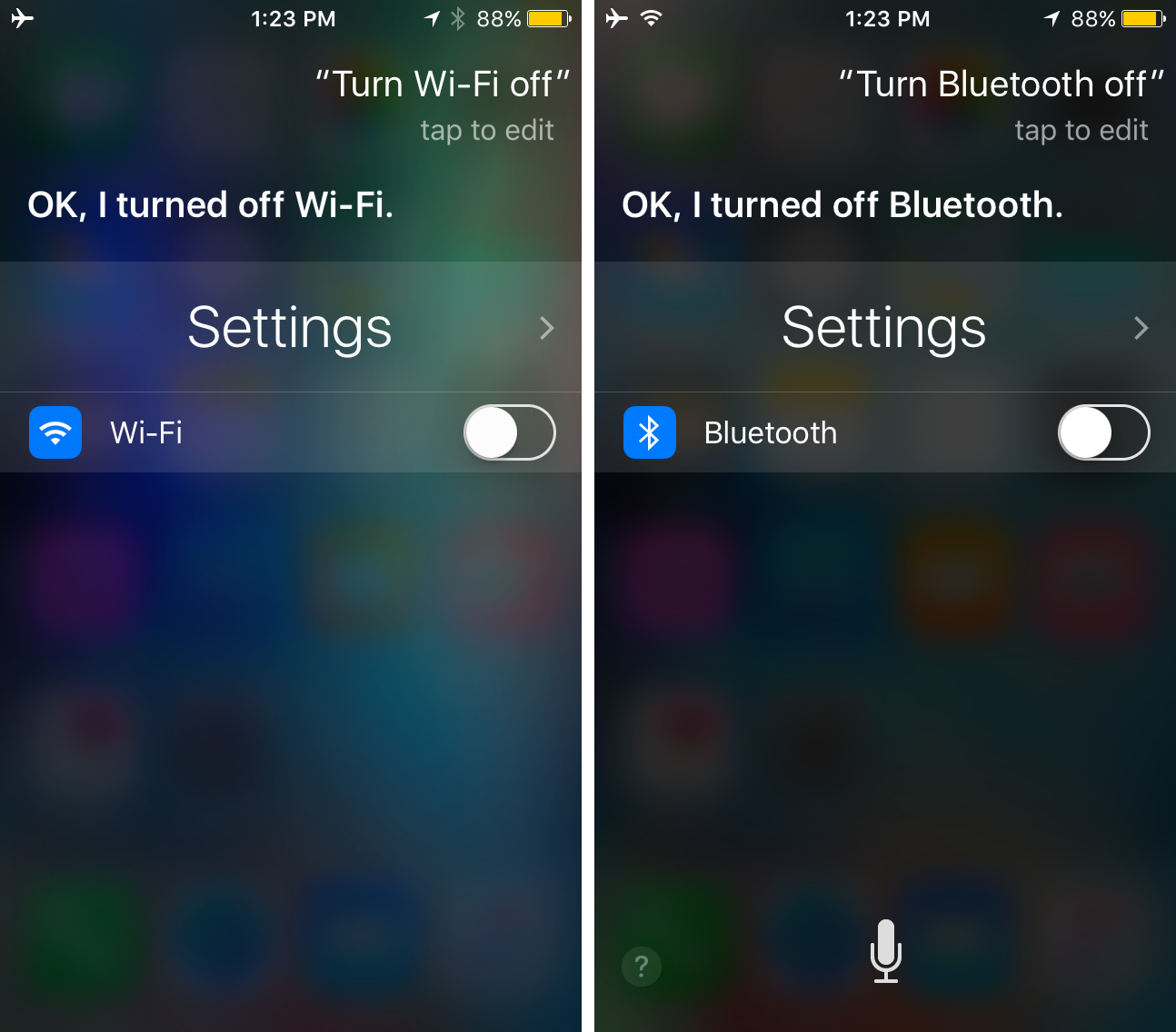 When you ask Siri to do these things, she’ll reply with “OK, I turned off…” whatever you may have asked for her to turn off. The same would occur if you wanted her to turn something back on by saying something like, “Turn Bluetooth On.”

We say “more than likely,” because it’s possible to have Wi-Fi turned on even when Airplane Mode is turned on, like we do in our examples, and this would give you the internet connection you need.

What about other settings?

iOS has a truckload of settings to configure, and unfortunately, Siri can’t toggle them all on or off as she’s limited to top-level settings, but that doesn’t mean Siri can’t be of help. For example, Siri can’t turn off your LTE cellular signal specifically or toggle Personal Hotspot on or off, but she can point you in the right direction by linking you to the Cellular Settings of your iPhone or iPad: 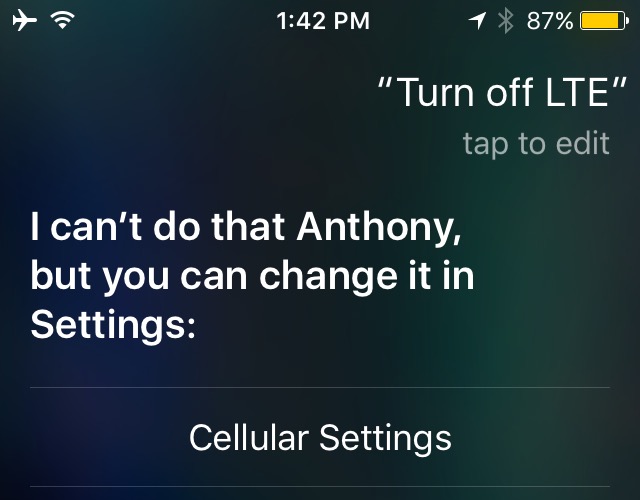 This isn’t as useful as having Siri do all the work for you, since this requires actually tapping on the screen and being distracted, but it does help save some time by not making you open the Settings app yourself and navigate to the correct preferences pane yourself.

Indeed the array of settings that Siri can actually toggle on or off are very limited, but Apple is constantly adding new features to Siri and giving her more abilities with each major iOS released on an annual basis. Nevertheless, Siri is a great way to toggle the available functions on or off if you ever needed to without using your hands.

Do you know of any other settings Siri can toggle on or off? Share in the comments!