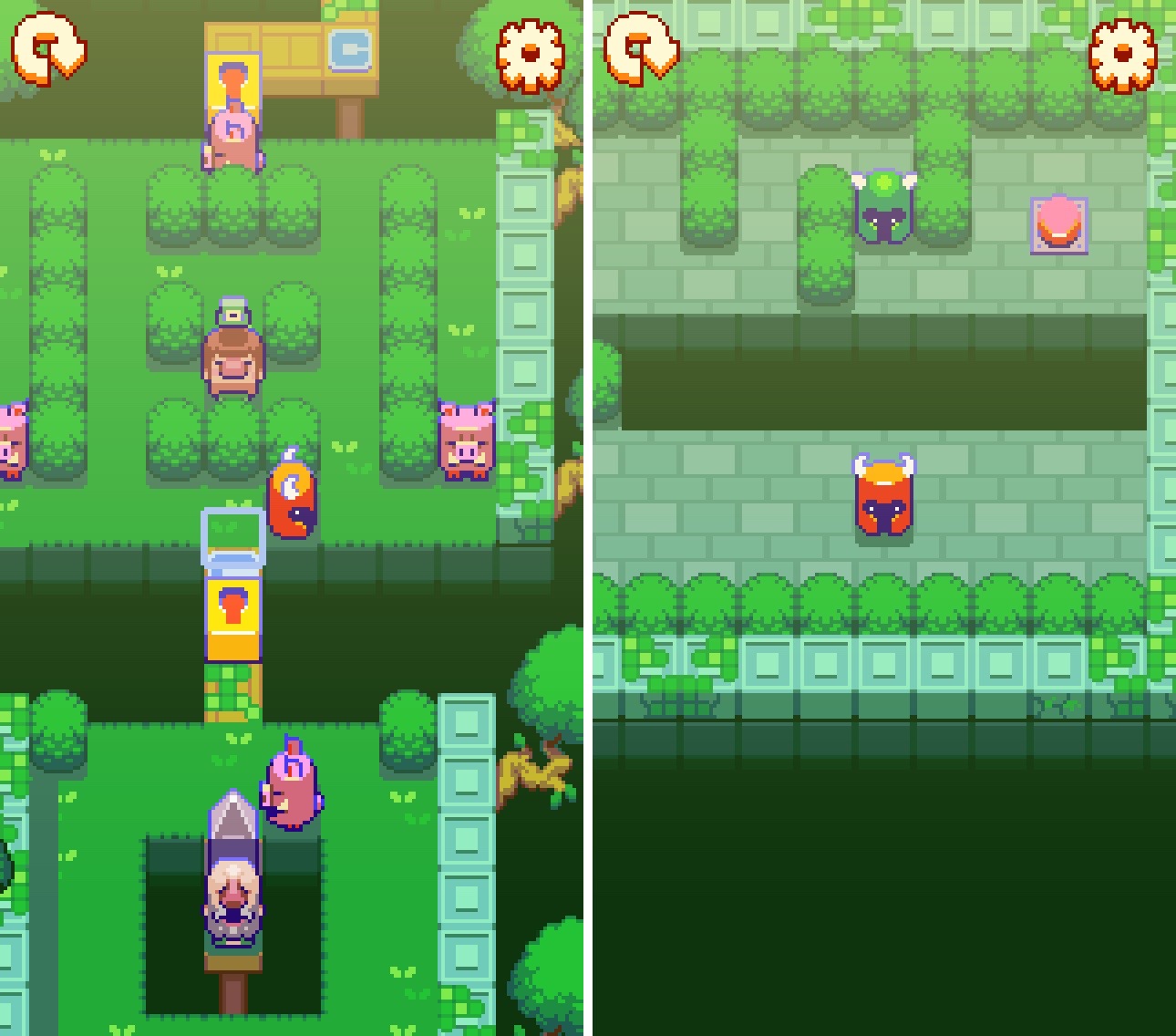 For the most part, I try to steer clear of free-to-play games. Sometimes, they turn out to be worth my time, but a lot of them are an obvious money grab that I don’t appreciate.

So, when Rust Bucket came into my sights, it didn’t make a good first impression. However, after having spent some time in the pork belly of this underworld (it’s a pun you will understand later in this review), I’ve got a different impression, to say the least. Checkout my game review of Rust Bucket below.

A rouguelike with a heart

This is a turn-based strategy game where you are a Viking helmet of sorts. The goal is to get to the next dungeon level without getting smashed to bits by the enemy.

It is a solid rougelike game, but without the permadeath aspect (although Survival mode is exactly that), so you don’t lose everything and start over from the very beginning every time you die. You actually don’t win anything, so there is nothing to lose. But, at least you can pick up from the last saved spot.

The Campaign mode of the game is a turn-based strategy dungeon crawl with a heavy puzzle mechanic element. You aren’t simply waiting for the bad guy to get close enough to attack. Instead, you must plan your moves according to each bad guy’s rules (almost like chess).

Rust bucket is nothing more than a red helmet with horns. His enemies tend to resemble pigs, but there are also poisonous blobs, nasty skulls, and some kind of flying thing that may or may not be a bat.

The graphics are pixel heavy, but not in a retro way. It is more like a modernized pixel presentation where objects have a finer detail while still holding up the 8-bit aesthetic. 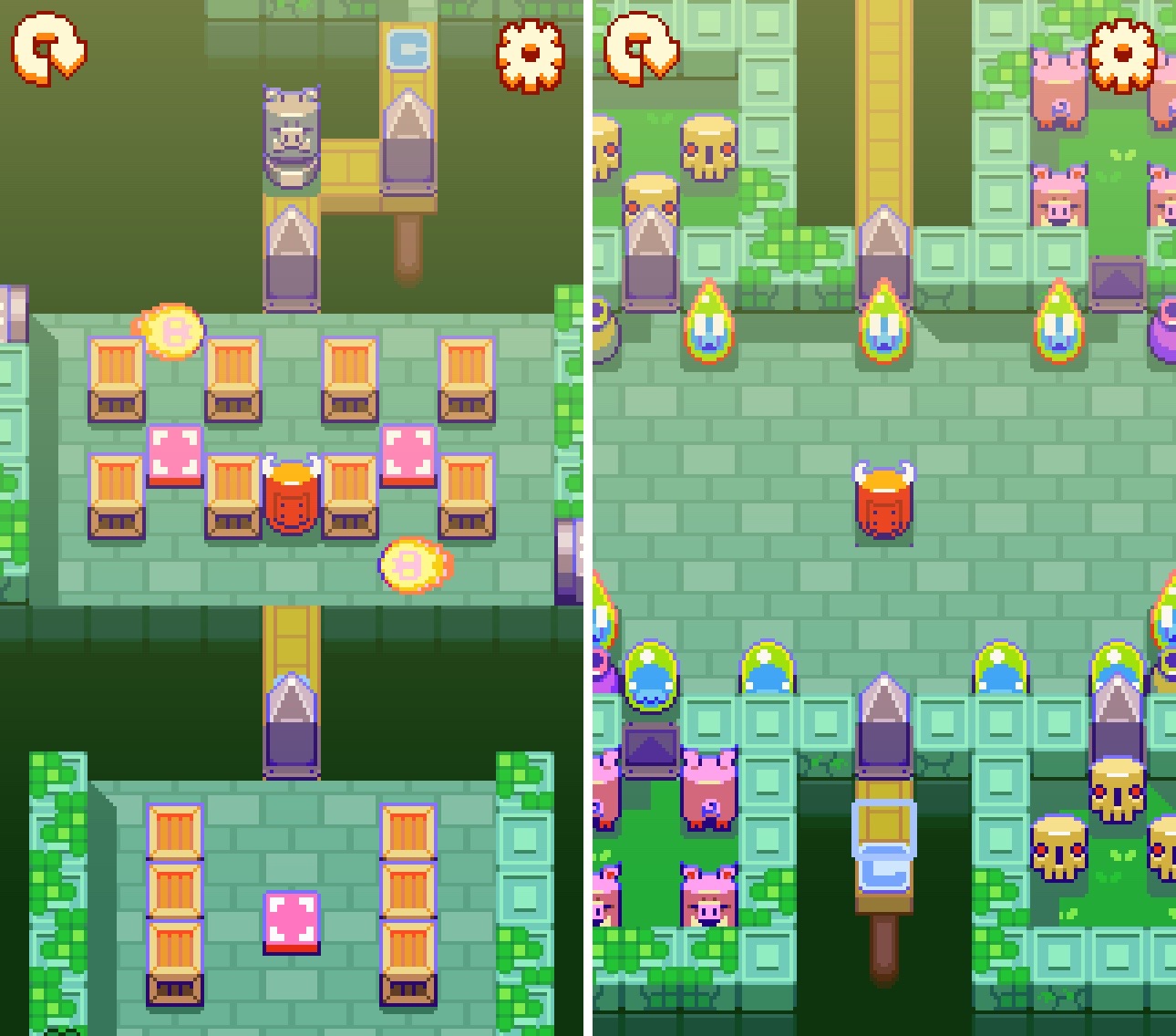 Is this a dungeon crawl or a game of chess?

Players move Rust Bucket around level after level of harrowing dungeons by swiping up, down, left, or right. If you run into a baddie, you can destroy it by smashing into it, but only if it doesn’t smash into you first.

Some enemies only move every other turn. So, you could potentially smash one to bits simply by walking right into it, if you time your moves right. Other enemies move every time you do, but have to take a full turn to rotate. So, you could catch one from the side before it gets a chance to turn around and face you. There are enemies that have no restrictions, so you must use other elements on the board to help you.

For example, the skulls move the same as you. So, if one gets within one square of you, you can’t attack it or it will smash you first. Instead, you can move up to a clay vase and smash it, which will move the skull forward into the square directly next to you while you stay in the current square. Now, you can smash it on your next turn.

There are two modes of this game. The first is a 10-level campaign that is technically a practice round to get you ready for the second mode of the game, which is Survival mode.

In Campaign mode, players move through strategy heavy levels, trying to figure out how to open doors, maneuver through strange labyrinths, and kill all the bad guys. On each level, there are a number of save spots. So, if you get halfway through the dungeon and die, you will respawn from the save spot.

The campaign is full of fun puzzles that require more than just surviving a big group of monsters. Sometimes, you have to get a monster to follow you on purpose so that it will trigger a door opening for you. You might have to trick a pig statue to get close to a bomb so you can blow it up before a gate will unlock. These all require the ability to plan for the future, not at all unlike chess.

In Survival mode, players simply move from one room to another, killing all the monsters. You can get lost in the Survival mode dungeon because each room has two doors. The gold door will earn you a point, while the wood door just opens up to a whole lot of killing.

Points are arbitrary in this game, other than to make you feel like you are somehow progressing. Your high score is saved so you will know how many rooms you must survive to raise your score. Which is perfect for keeping you on the path to playing again and again. 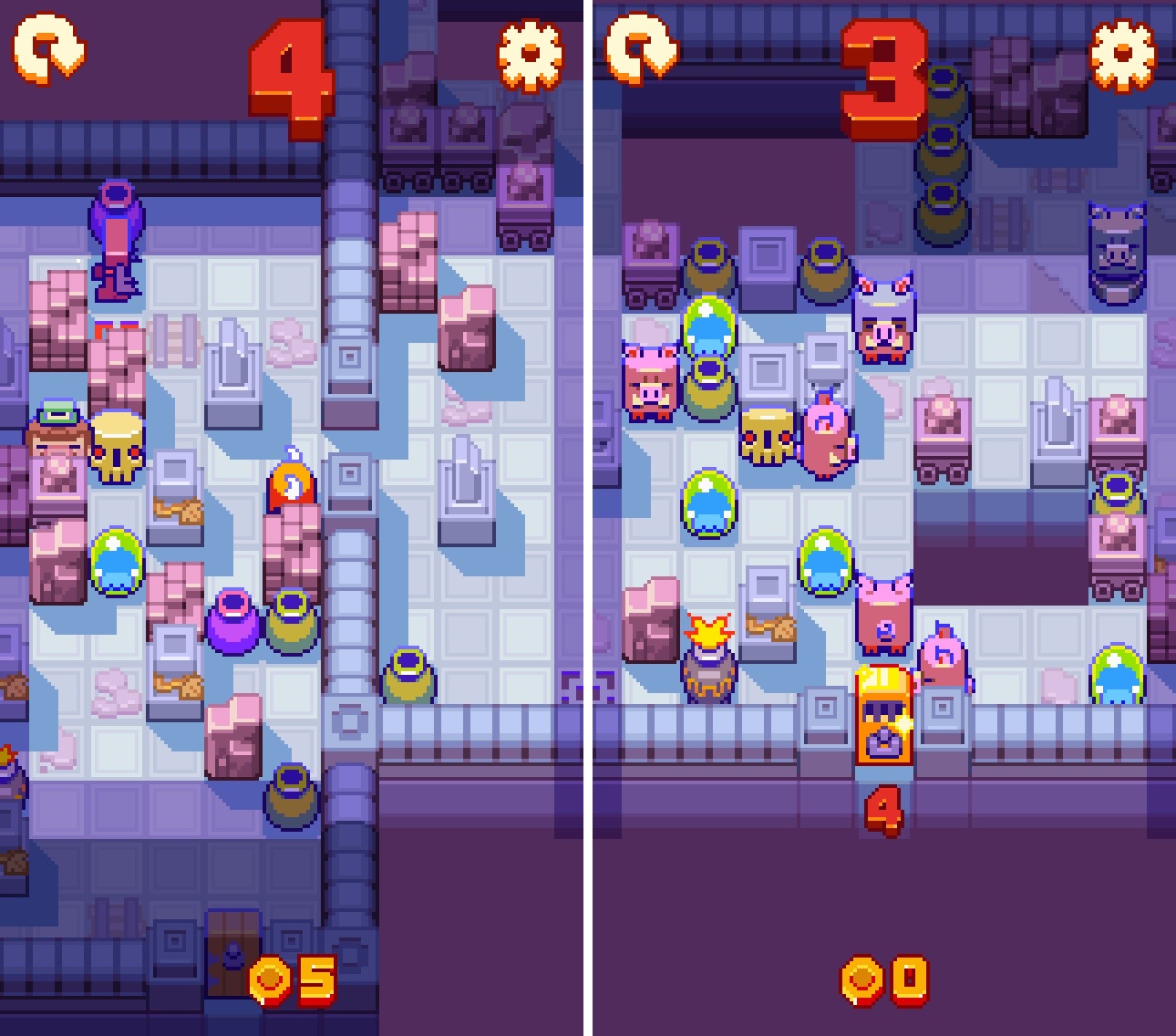 This game is well made. It was crafted with attention to solid strategy mechanics. The 10-level campaign mode is a great way to learn how different bad guys move around and takes just about an hour to run through. Survival mode turns the whole thing upside-down.

I really wish there were a bad guy index so I could see what their movement rules are. When you are only dealing with a half-dozen monsters, it’s not that bad, but as you get deeper into the dungeon, you come across more enemies, each with their own, unique movement rules.

Rust Bucket is free to download. However, it is supported by somewhat intrusive full-page ads that pop up between levels and after you die. The replay value is so high and the game is so good that the unusually high premium price of $3.99 is actually worth it, especially if the developer adds more content as promised.

I was pleasantly surprised by how fun this game ended up being. If you are turned off by the fact that it is free, don’t judge too harshly. You can play the entire 10-level campaign and endless mode without having to spend a dime. The compromise is that you’ll have to sit through a few seconds of advertisement every few levels. If you like roguelike games, give this a try. It has a nice strategy twist to keep you interested. Download it in the App Store today.

Rust Bucket reminds me a little bit of The Nightmare Cooperative. Dungelot 2 is a Roguelike you can really sink your teeth into.