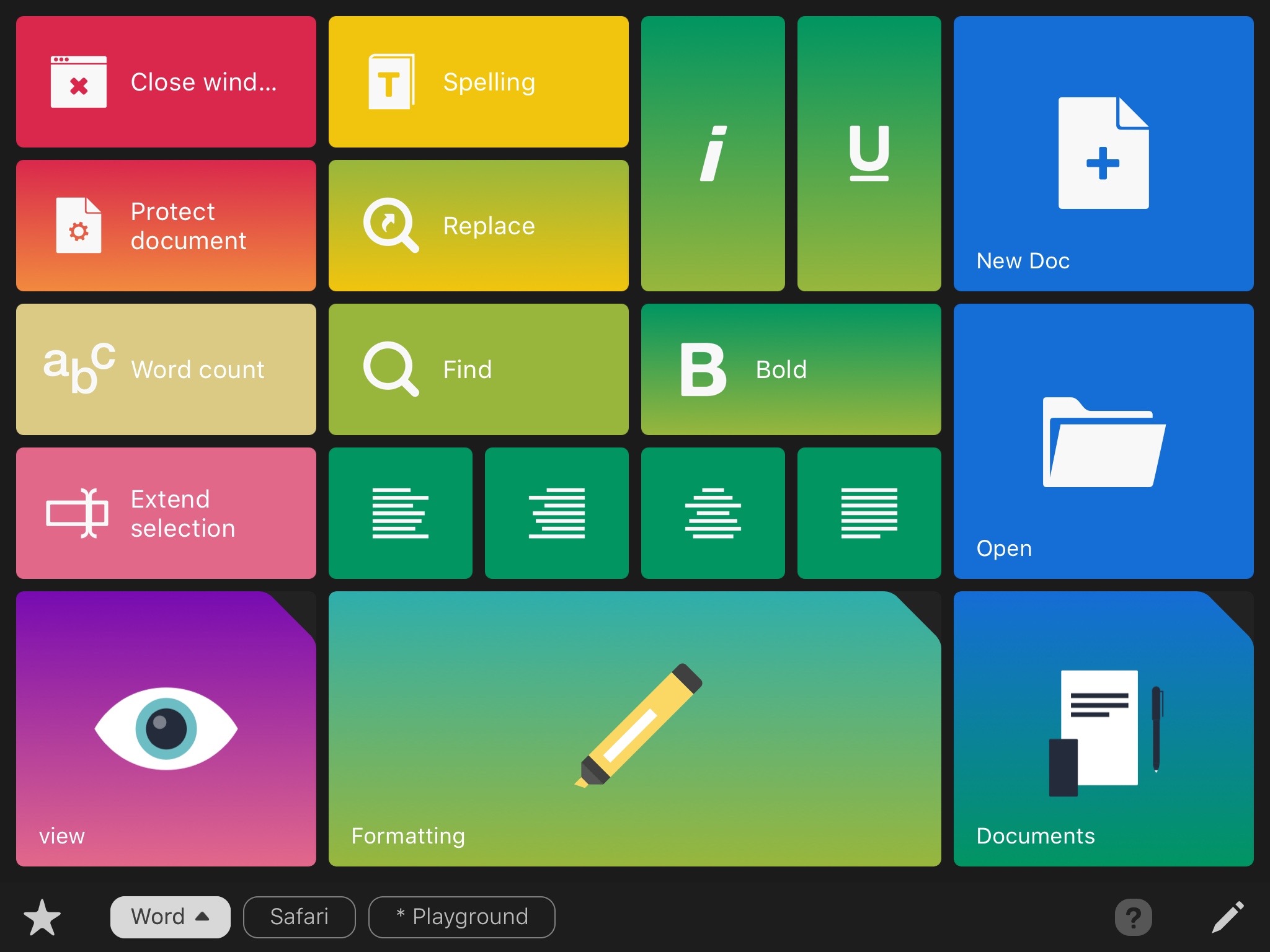 Sometimes, when you are working on a half dozen projects on your computer, the last thing you want to do perform a bunch of actions that take up precious minutes. Maybe you’ve forgotten what shortcut key works with which application, or can’t recall where certain controls are in a program. All this eats up time.

Quadro is a workflow app that automates actions on your Mac or PC computer from your iPhone or iPad. All you have to do is tap on a button on your mobile device to trigger the action on your computer.

Quadro used to be called Actions, which we reviewed when it first launched in 2013. The app connects your iPad to your Mac or Windows-based computer so you can trigger certain actions quickly. The recent overhaul brings a much better user interface, an iOS 9 compatible design, and support for iPhone.

After downloading the iOS app, you will need to download the companion app on Mac or PC and enter a four-digit pin to allow the devices to talk to each other. 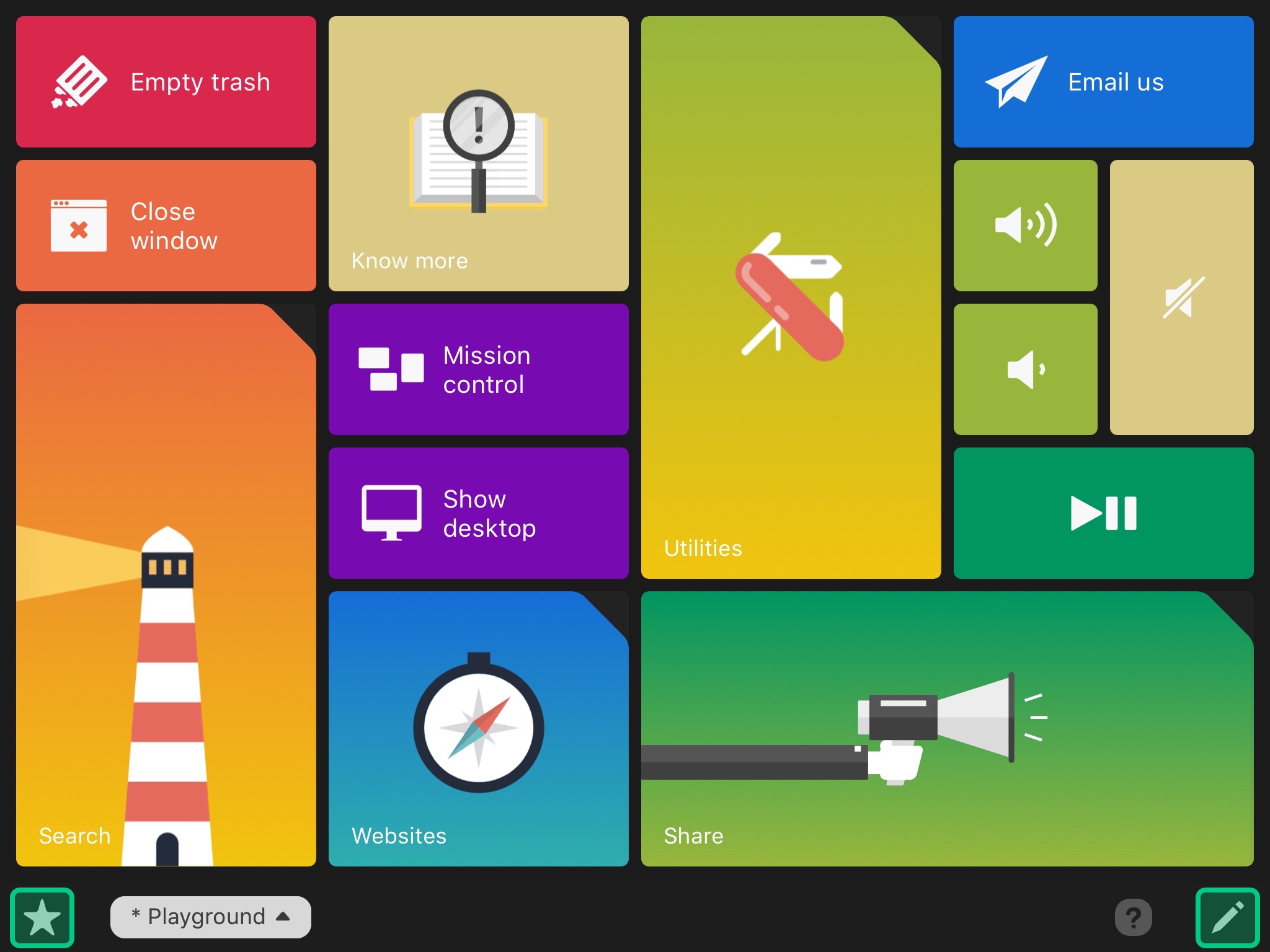 Then, when you open the app, it will sync with whatever you are doing on your computer and present you with a display of buttons, called “pads” on a menu screen called a “palette.” Each palette works directly with the program you are using on your computer.

For example, when you are working in Microsoft Word, you will see a palette with about 20 pads, each one representing a specific action. Tap a pad, like “word count,” to view that action on your computer screen. Tap the “open” pad to trigger the program’s list of saved documents.

There are more than 50 built-in preset palettes with actions for such popular professional software programs as Photoshop, Sketch, Final Cut, Evernote, Slack, Tweetbot, and more. 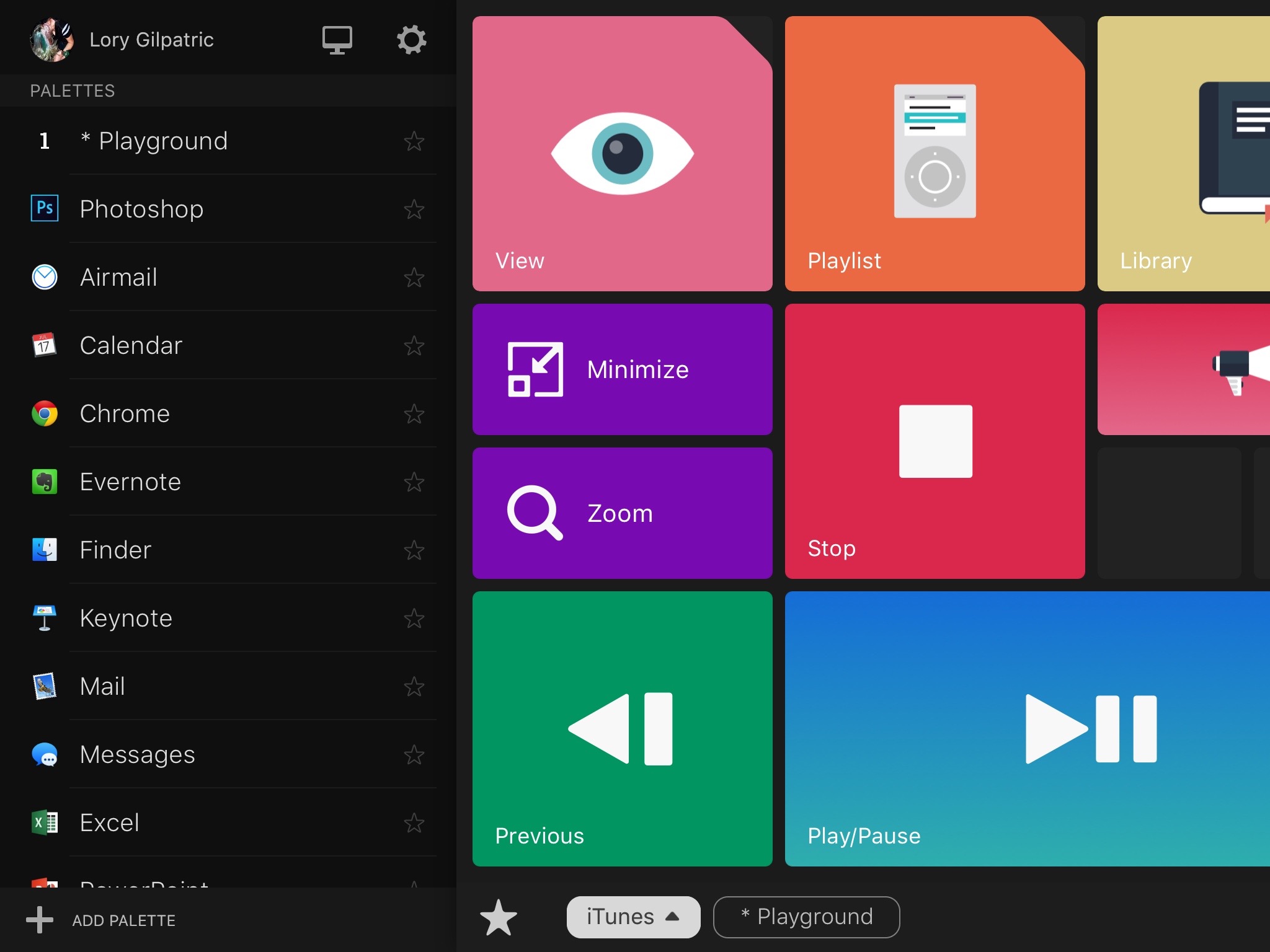 You probably won’t need to create new palettes, since there are so many already established for you. However, if there isn’t already a template made, you can build new palettes from apps that you have stored on your computer.

Because it is connected to your computer, the app will automatically detect the programs you have so you can select the one you’d like and create actions for it. You can use things like media controls, system controls, and special browser tools, with any new app you’d like to customize the actions for.

You can also edit preexisting palettes to better suite your personal needs. For example, you can add a mute button to the iTunes palette and combine the playback controls into one group pad.

Quadro is free to download, but after the initial 14-day free trial, will require a subscription payment of either $19.99 per year, or $49.99 for the life of the company.

The annual subscription price is definitely worth it, but I would tread lightly on spending $50 on a “lifetime” subscription when we can’t be confident that the company will be around long enough to make it worthwhile.