Apple has seeded an updated version of iOS 9.3 beta 1 to developers. The new update, which appears as iOS 9.3 beta 1.1 in the OTA Software Update on iOS, contains bug fixes and improvements. All developers are recommended to update to this latest version of the iOS 9.3 beta.

If you’ve yet to install the beta, you’ll find the updated version available on Apple’s developer member center. The updated version, seeded today, comes with a build number of 13E5181f. You can also take advantage of the new configuration profile feature to get directly on the developer seed path without needing iTunes. 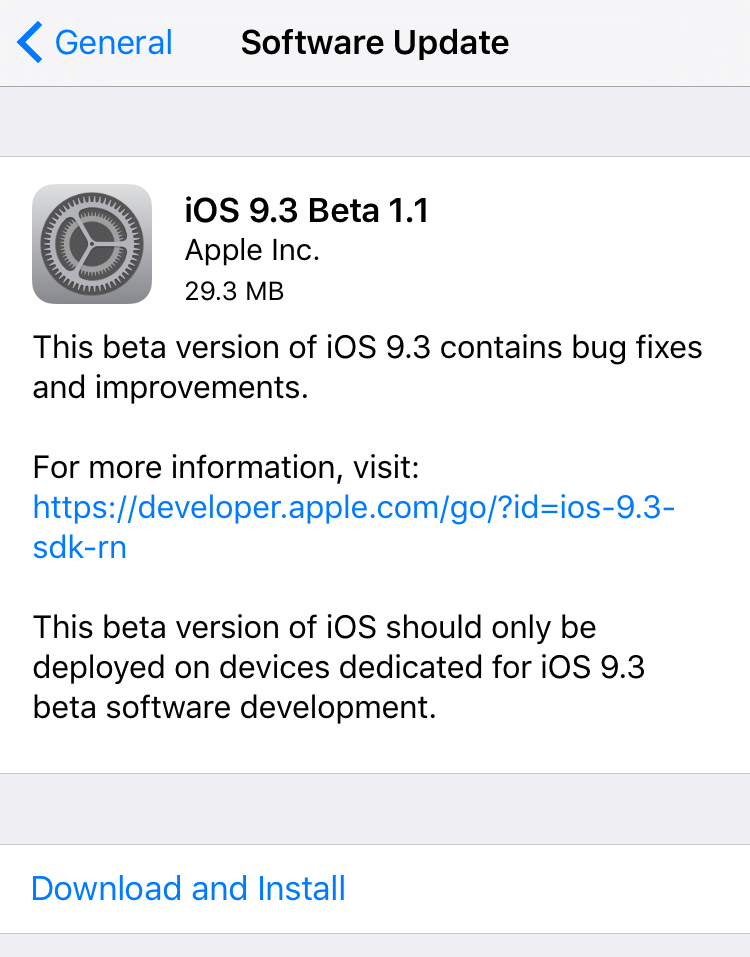 This release comes at about the same time as Apple’s release of the public beta for iOS 9.3. Non-developers who wish to experience all of the new goodies included in iOS 9.3 can now join in by signing up for the public beta.