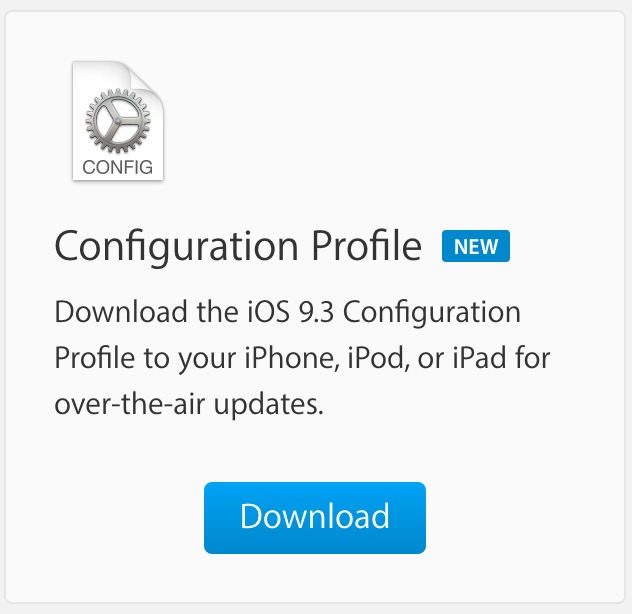 If you’re a developer who doesn’t already have your iPhone on a developer seed, then updating to the latest iOS beta means going through iTunes to accommodate the update.

While going through iTunes is the traditional manner for facilitating updates, it’s antiquated, and largely unnecessary from a technical perspective. Wouldn’t it be much better if you could upgrade to a developer seed without needing to connect to iTunes?

That’s the basic premise behind the new Configuration Profiles released by Apple alongside iOS 9.3. These profiles essentially allow you to take a shortcut directly to the beta seed path without needing to touch iTunes. If you’ve ever upgraded an Apple Watch, or used a Public Beta, then you’re already familiar with the process.

If you’re a developer, you can go directly to Apple’s developer member center from your iOS device, and download and install the configuration profile directly to your device. Doing so allows you to upgrade directly to the beta using an OTA update via Settings → General → Software Update.

The advantage of doing OTA updates is that iTunes isn’t involved, and it’s extremely easy to update your device, including the Apple TV, without the worry of losing data.

I’m very happy that Apple has finally introduced a way for developers to get directly on the latest beta without needing a computer (except for tvOS).