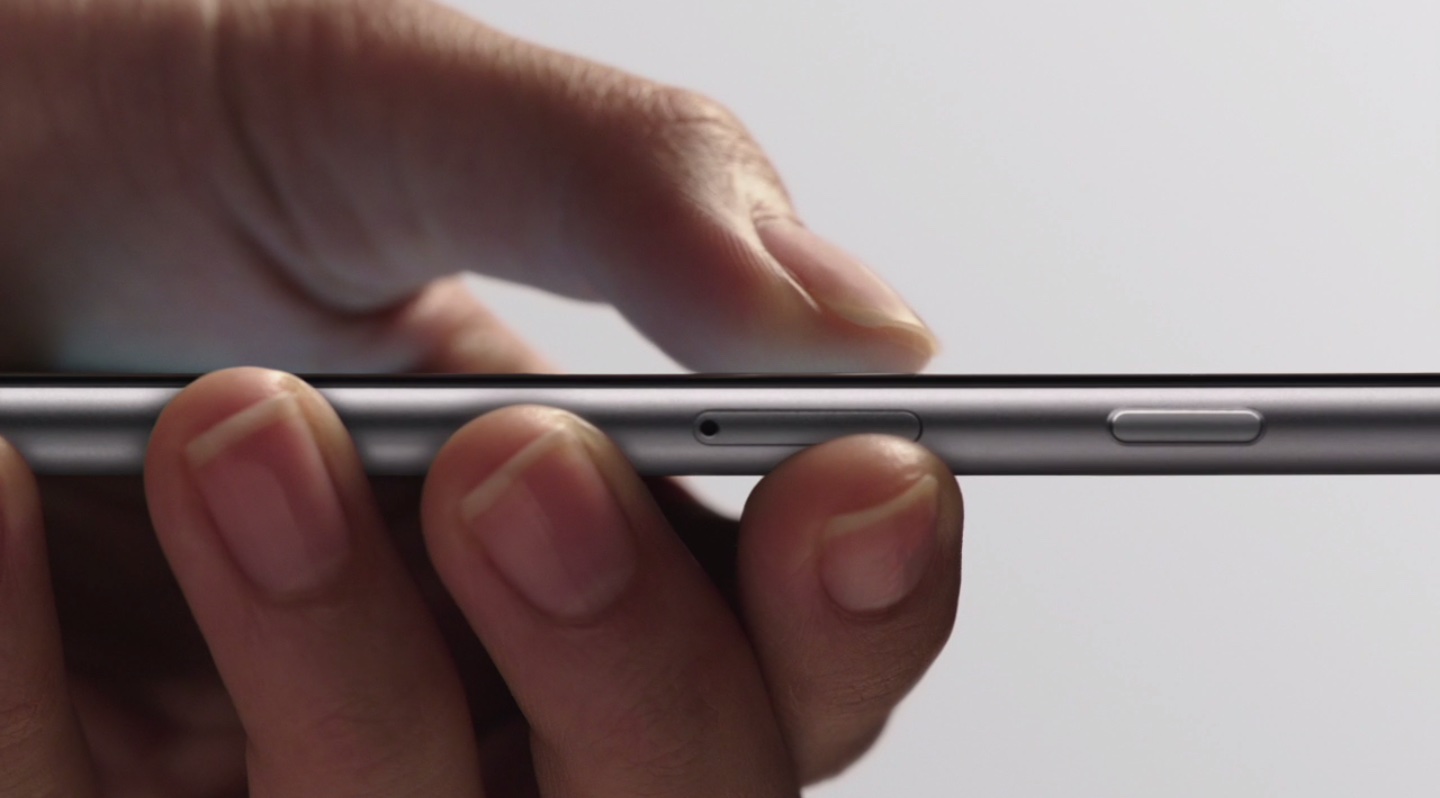 In addition to a few headlining features revealed in the first beta of iOS 9.3—such as Night Shift mode, Notes protection with Touch ID, improvements for the Health app and other goodies—proud iPhone 6s owners will be happy to learn about a bunch of new 3D Touch-enabled shortcuts for Apple’s stock apps.

Ranging from Settings to App Store to Health and more, half a dozen apps have either gained 3D Touch shortcuts for the first time or introduced new ones in the menu that appear after pressing an icon on the Home screen.

If you see a badge on the App Store icon on your Home screen indicating pending app updates, you can now press the icon and select the new Update All shortcut. Another new option in the menu, titled Purchased, takes you straight to the list of your purchased apps in the App Store. 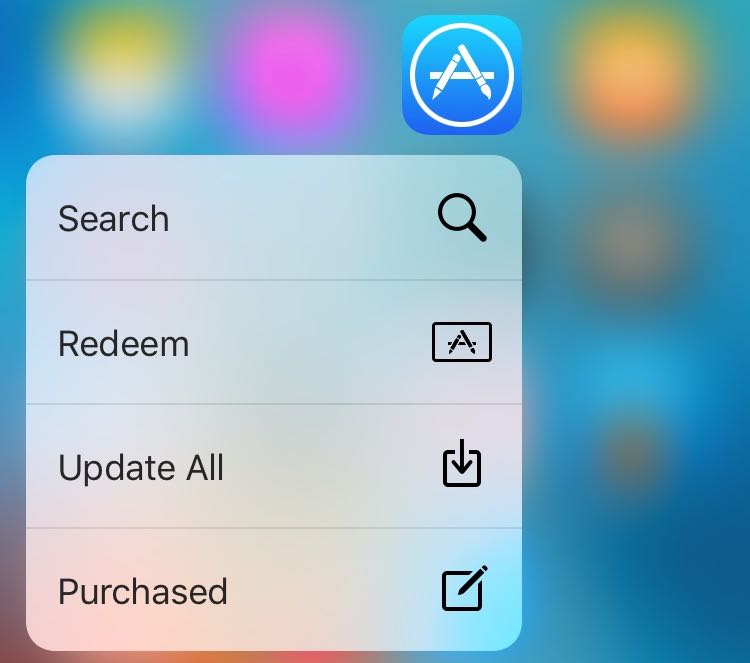 The new Update All and Purchased shortcuts are in addition to the existing Search and Redeem choices (as a blogger who reviews apps, I’m a big fan of the latter one).

If you need to copy the last result from Apple’s stock Calculator app, iOS 9.3 is your friend. Simply press the Calculator app’s icon on your Home screen a select the newly added Copy Last Result shortcut. 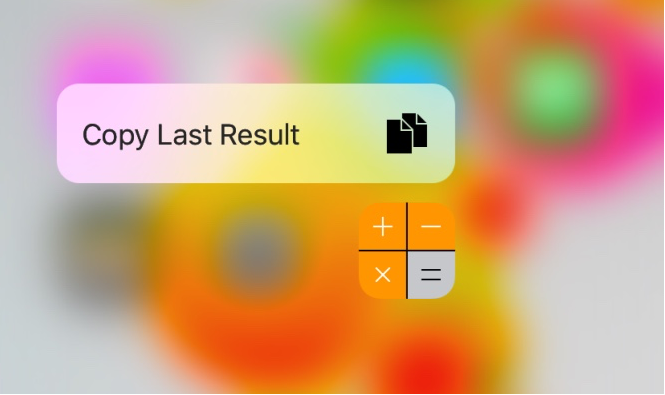 Compass has got to be one of the least used apps that Apple ships in iOS. You can imagine my surprise finding a pair of newly added shortcuts—Start Level and Start Compass—after 3D Touching the app’s Home screen icon. 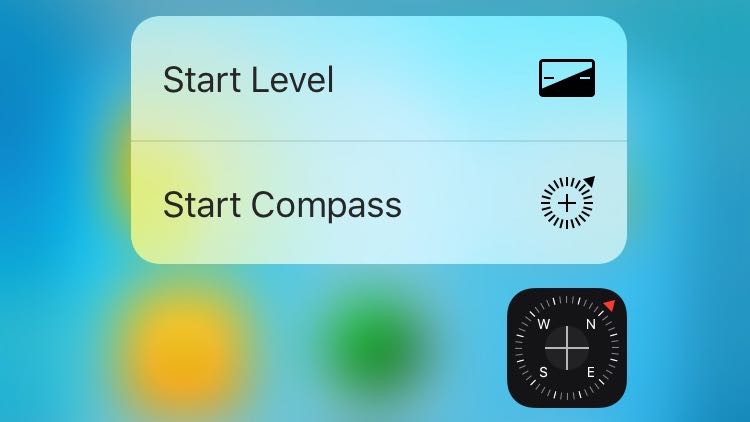 Most of my iPhone-toting friends are totally oblivious to the fact that they can swipe to the right on the Compass screen to enter the Level mode. Exposing that feature through 3D Touch could help raise awareness that it’s available.

I was surprised Apple did not include any shortcuts for Health, one of my favorite apps in iOS. Well, iOS 9.3 takes care of that, too. Pressing Health’s icon on the Home screen will produce new shortcuts that let you Show Medical ID and Show Dashboard. 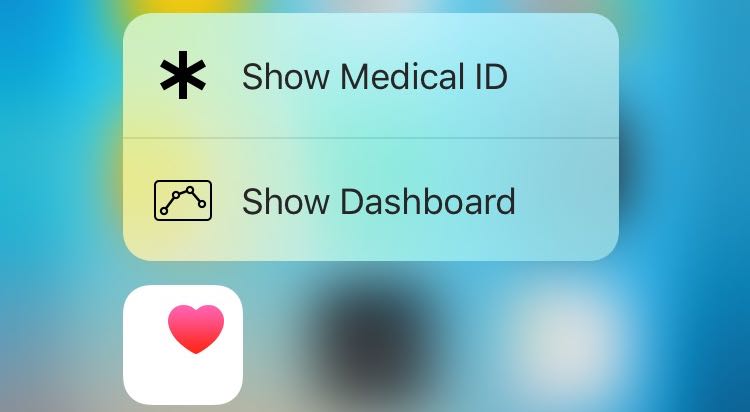 If you haven’t set up your Medical ID card yet, please do yourself a favor and fill it now. 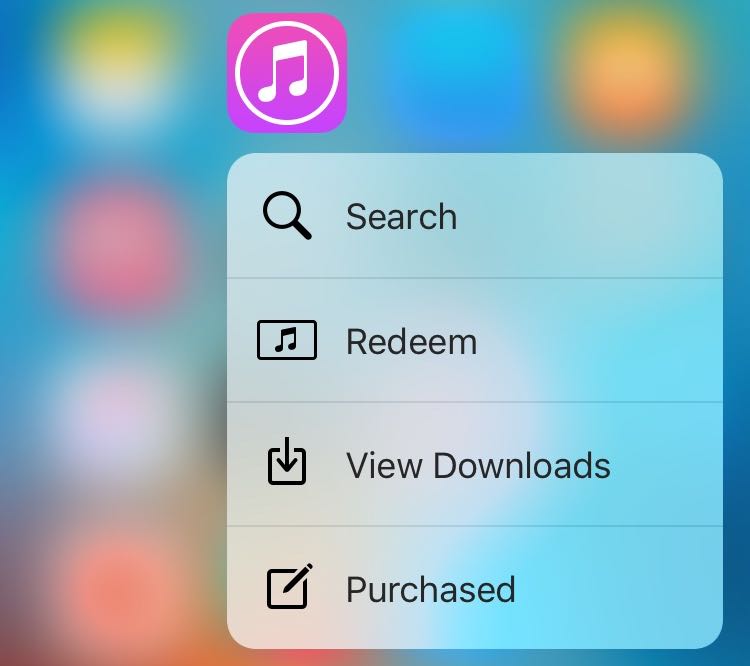 In my personal opinion, this is by and large the most useful implementation of 3D Touch shortcuts on the Home screen. Pressing the Home screen icon of the Settings app with 3D Touch lets you adjust your Battery, Wi-Fi or Bluetooth settings. Another one lets you Set Wallpaper, just like that. 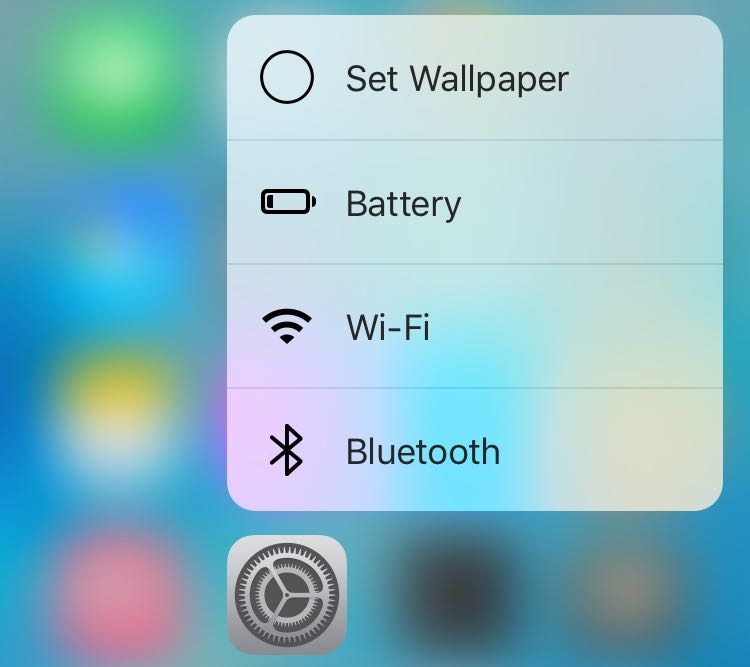 While Bluetooth and Wi-Fi can be quickly turned on and off by swiping from the bottom of the screen to reveal the Control Center, these new shortcuts conveniently take you directly to their corresponding sections within the stock Settings app, where you can make much richer adjustments.

If you use the Stocks app, you can now press its icon on the Home screen to run a Search for your stock.

Pressing the Weather app’s icon does absolutely nothing in pre-iOS 9.3 editions. With iOS 9.3, Weather has gotten some 3D Touch love, too, as you can now quickly jump to the weather card for your current location and for other cities, or even add a new city to the Weather app. 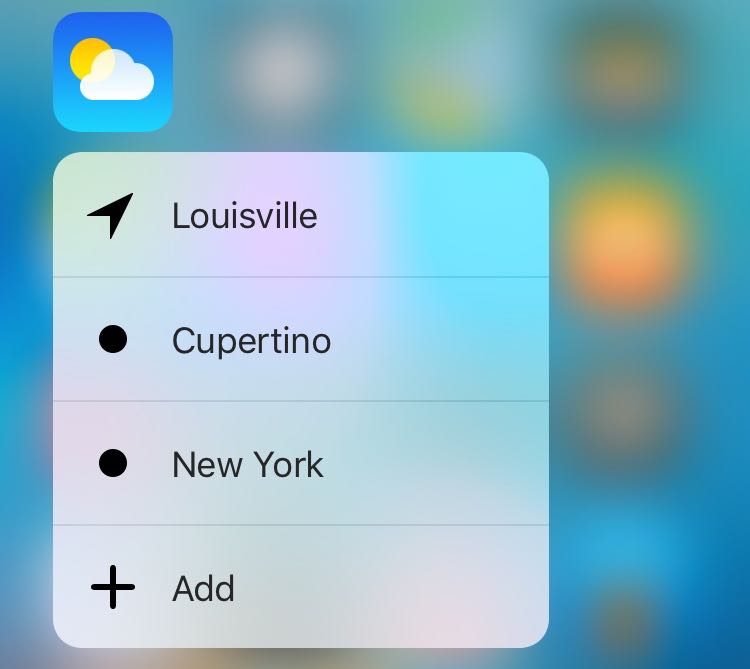 What are your feelings on these new 3D Touch shortcuts in iOS 9.3, which one is your favorite and why? Sound off with your thoughts in the comment section below.