Have you experienced an annoying hiccup in the App Store where it shows that one or more apps need updating but you can’t actually apply the updates? Or perhaps the App Store’s icon on your iPhone, iPod touch or iPad’s Home screen is showing a badge even though you’ve just successfully downloaded all app updates?

I first noticed this odd behavior back in the summer and thought it was a temporary problem that would get fixed soon, but it persisted. As it turns out, this is a caching issue that can be easily circumvented with a simple, cool trick.

This is what some users are seeing in the App Store. Notice that Fabasot Cloud is listed under the Pending Updates heading, but without the Updates button? 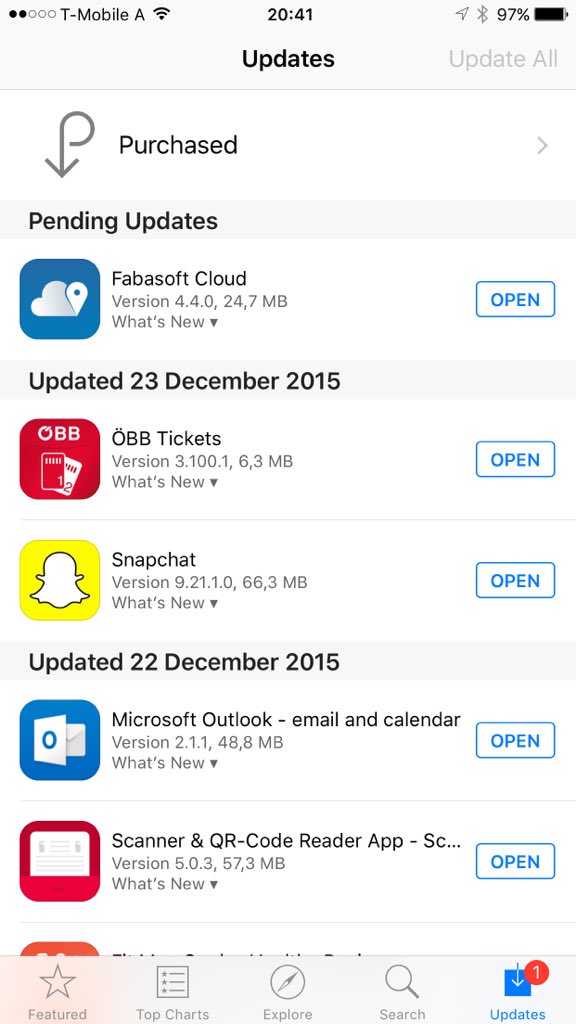 Step 2: If you are running an older version of iOS (ie. iOS 10 or below), tap on any of the tab bar items alongside the bottom ten times in a row, without touching anything else. You can tap on any of the App Store’s available tabs: Featured, Top Charts, Explore, Search or Updates.

If you are running iOS 11 or newer on your device, simply pull down on the screen inside the Updates tab. This will refresh the page. 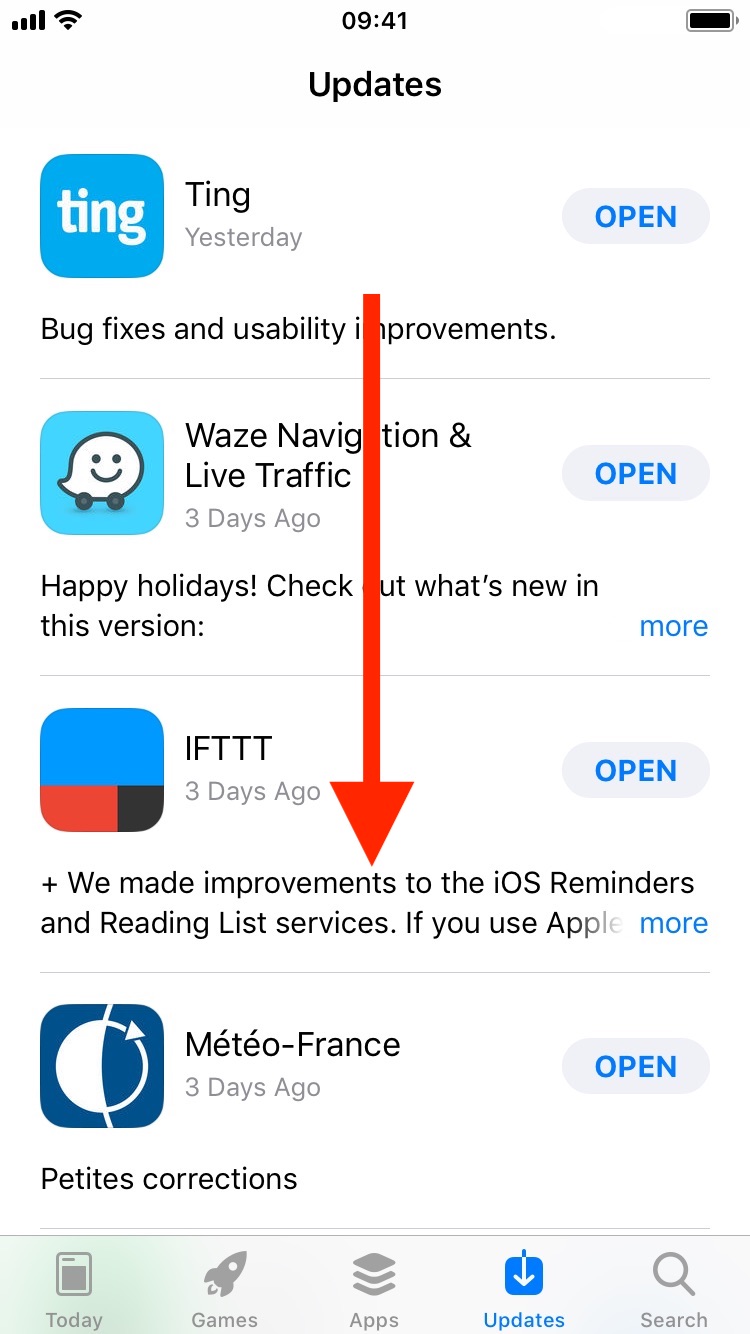 The screen should go blank for a couple of seconds as the App Store clears its web view cache and reloads Javascript code. Now those pending updates should either disappear or show the Update button next to them.

I can confirm that this nonintuitive but useful “hack” works on my iPhone 6s and iPad Air, both running the latest version of iOS. You can also try holding down the Power button until a “Slide to Power Off” message appears, then hold the Home button to force-quite the App Store app.

The cache-clearing trick should also help with the App Store getting slower than usual. Another user has confirmed that the fix also works in the native Watch, Podcasts and iTunes Store apps on iOS.

This neat tip was shared on social media this past weekend but it was actually our own Jeff Benjamin’s original discovery dating back to 2014, as evidenced by the video embedded below.

According to Business Insider, that cache-clearing method also works in iBooks and Apple’s storefront apps on the Mac, including the Mac App Store.

Has clearing the cache helped fix the App Store woes on your device?