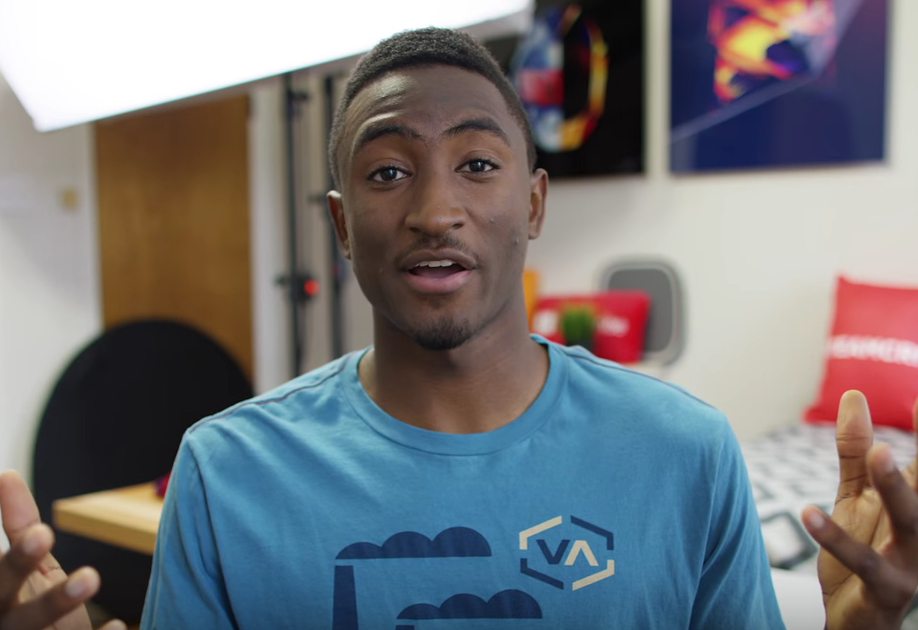 There’s a significant movement of change happening behind the scenes of the tech’s biggest YouTuber. Marques Brownlee—better known as MKBHD—a professional YouTuber with more than 3,000,000 subscribers, has taken his talents to Final Cut Pro X.

Newsworthy? Indeed. For one, Brownlee used Adobe Premiere Pro before making the switch, Apple’s biggest competitor among non-linear video editing systems. Even more significant is the reason why he switched—Final Cut Pro X results in quicker turnaround time—it allows him to export videos much faster, which allows him to keep his subscribers updated with new content more often.

The team at Apple deserves some major props for basically resurrecting an application that more than a few left for dead when it was rebooted back on June 21, 2011.

Since that fateful day, Apple has incrementally added many of the features back that the initial release eschewed for the sake of a starting with a clean 64-bit slate. 2015 was no different, as last spring’s 10.2 update added a unified import interface, smart collections for libraries and events, 3D Text, and custom presets.

That update followed significant improvements and additions like multicam support, XML import and export support, GPU-acceleration, RED camera support, ProRes 4444 XQ support, 4K support, and many other features that professional workflows demand. Just look at the Final Cut Pro X version history—it’s crazy how much the team has been able to both add and reimplement since 2011.

While it may be true that Apple’s updates to Final Cut Pro X aren’t as splashy and as sexy as Adobe’s updates to Premiere Pro CC, Apple’s iterative approach seems to be working over the long term. Not only is Final Cut Pro X adored by many popular YouTubers, it’s being used in Hollywood as well. More importantly, however, it has gained the love and respect of the most popular YouTuber in tech. For someone as influential as Brownlee is, that’s a significant feather in Apple’s cap going into the new year.

So I switched to Final Cut Pro X… and I like it. I don't think anyone tell which video was the first FCPX edit. pic.twitter.com/OiBfHrAKag

I’ve always found Final Cut Pro X to be much faster than Premiere Pro on my Macs, especially when it comes to exporting videos. Some of that speed difference is thanks to the app’s support for Intel’s Quick Sync Video for single pass encodes, but FCP X, being built from the ground up for Apple hardware, has a significant advantage over all other non-linear editing systems that run on Macs.

That makes it so that even on anemic hardware, like the polarizing 12″ MacBook, Final Cut Pro X is capable of running circles around Premiere Pro. In fact, some of the most popular YouTubers in tech use Final Cut Pro X due to app’s export efficiency, rendering, and playback, among other things.

Marques Brownlee recently made the switch after noting how much faster Final Cut Pro X was for video exports. I briefly spoke to him via email, and he made it clear that the “significant difference” in export speed wasn’t the only reason why the switch worked.

He also cited the fact that switching from Premiere Pro resulted in a minimal loss of features in his already well-established workflow. That tells me that Apple has done a great job of bringing back and adding in many of the features that professional workflows rely on.

Hot DAMN Final Cut exports fast. Every time I render something now, I'm shocked and wonder how I dealt with Premiere haha.

Needless to say, I’m looking forward to big things from the Final Cut Pro X team in 2016. The app faced lots of doubters upon its reboot in 2011, but Apple has quietly brought it back to form.

Anyone who says that Apple doesn’t care about its professional customers has obviously turned a blind eye to the major strides that Final Cut Pro X has made over the last 4.5 years. If you haven’t tried FCP X on your Mac yet, you owe it to yourself to give it a shot. The app goes for $299 on the Mac App Store, but Apple is offering a free 30-day trial on its website.