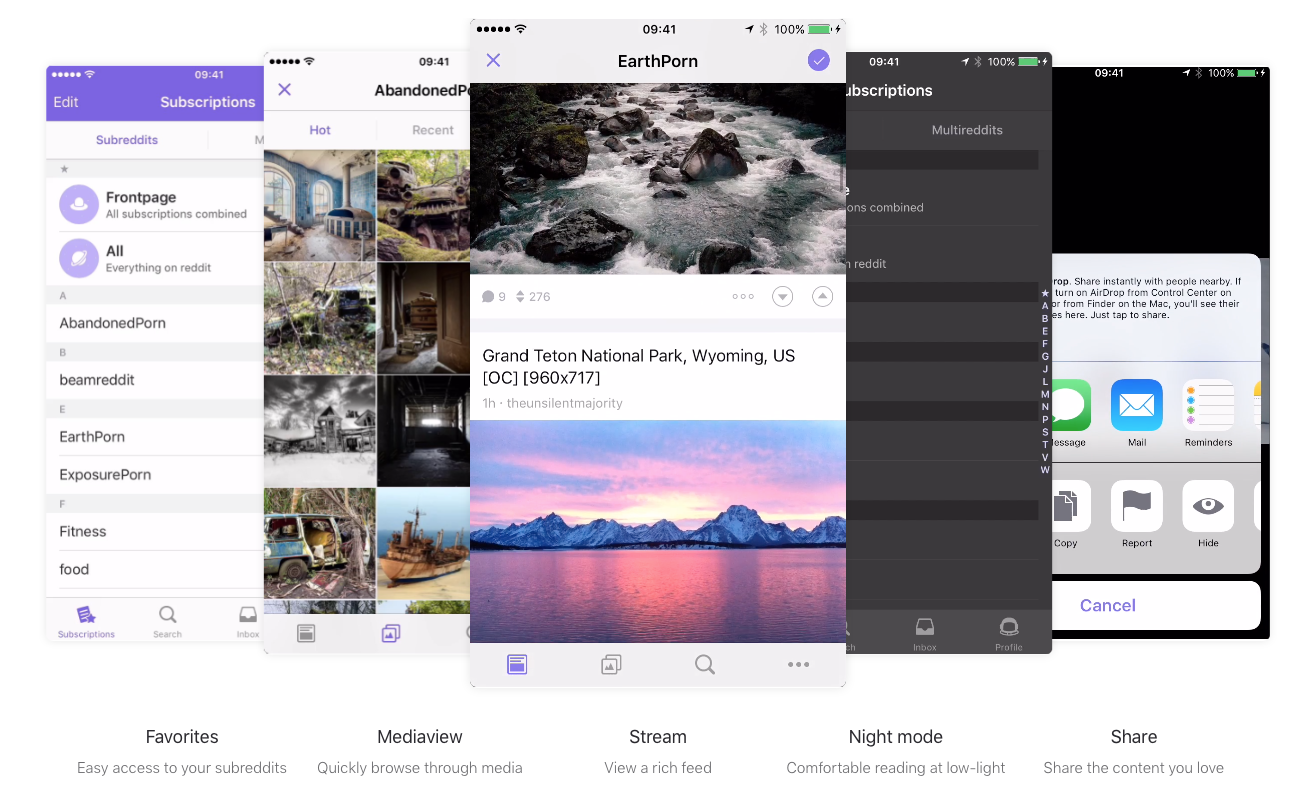 I’m not what I would consider a typical Reddit user. I don’t belong to any Subreddits, I don’t think I’ve ever posted anything, and I’ve only voted on a handful of articles. I really just use the site’s FrontPage as a source of news, cute puppy pictures and the occasional funny video.

As you can imagine, most iOS Reddit clients—like Alien Blue—are overkill for my needs, so a few months ago I set out to find an app with a specific focus on media and browsing. I believe I found that app in “Beam for reddit,” so I figured I’d take a few moments to share it with you.

Beam features an unassuming, minimalistic design that makes Reddit less overwhelming, and in my opinion, much more inviting. I rarely visit the actual Reddit website because I’m not a fan of the old-school bulletin board vibe, but I launch the Beam iPhone app on a daily basis. 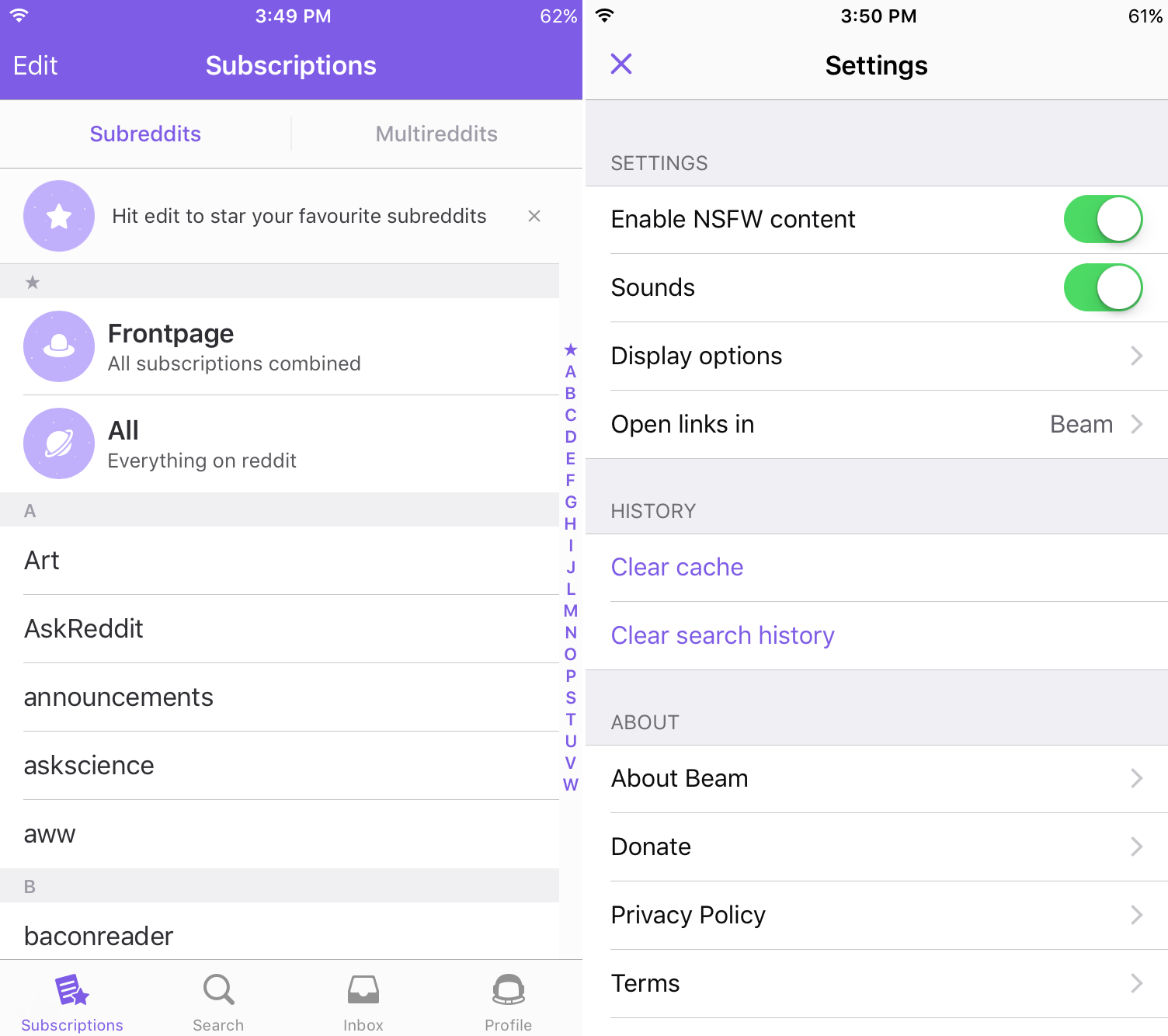 The app opens with a Subreddit page, where you can view the popular front page of Reddit, and all of the major Subreddits (such as awww, gifs, explainitlikeimfive, and more). Tapping Edit allows you to favorite a page for quicker access, or tapping on the page itself will open it.

How Beam displays the FrontPage and other Subreddits is easily my favorite thing about the app. Instead of rows and rows of text and tiny thumbnails, you are greeted with large, often full-screen photos. This allows you to browse a Subreddit quickly, without having to open each post. The developers take this idea even further in the recent 2.0 update, with a no-text gallery feature called ‘Mediaview’ (available via a $1.99 in-app purchase). 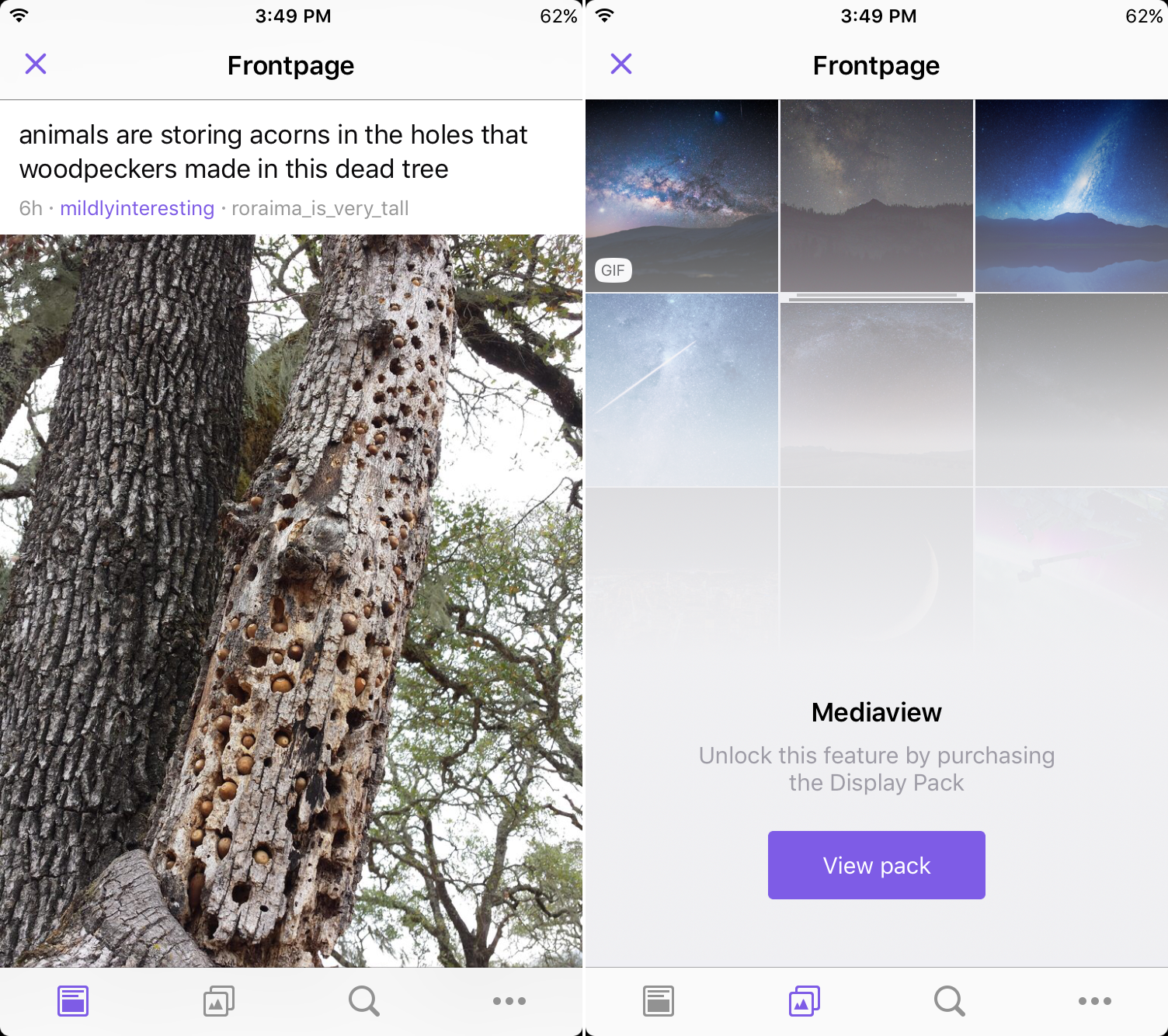 For more experienced Reddit users, Beam offers a swath of deeper features as well. Once you’ve logged in, you can easily comment, vote or share a post from either the main Subreddit feed, or from within the post itself. You can also send and receive messages, subscribe and unsubscribe to Subreddits, and perform searches. The app can do most of the things you’d want it to, except for advanced actions such as creating posts or viewing user history.

So in conclusion, if you’re a casual Reddit user—or maybe you’re interested but have never even been to the site—I submit Beam to you as an iOS client worth checking out. You can find it in the App Store for free, with the aforementioned $2 IAP unlocking a few premium features.