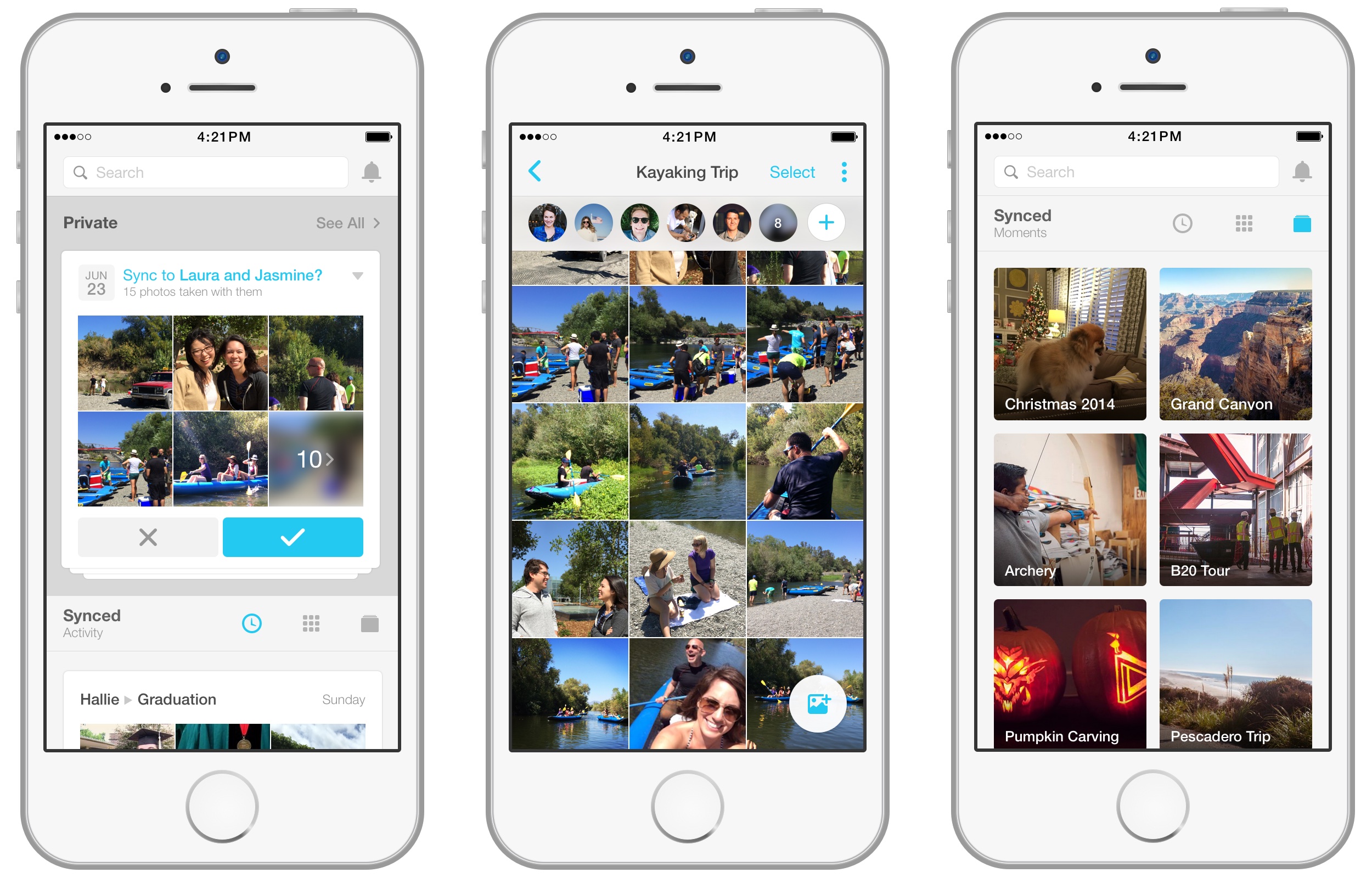 According to TechCrunch on Monday, Facebook is in the process of removing photo syncing capability in its mobile applications and is asking users to download a dedicated Moments app to retain that functionality.

Photo sync, an opt-in feature in the mobile Facebook app, uploaded photos from the user’s Camera roll to a private photo album on Facebook, where they could later be edited, shared or deleted.

Moments, a private-photo sharing app, debuted this summer for iOS and Android and then rolled out to everyone nearly four months ago.

“That means if you want to continue to access photos you’ve privately synced from your phone, you’ll no longer be able to find these in a separate album on Facebook – you’ll need to download a new application,” explains the publication. 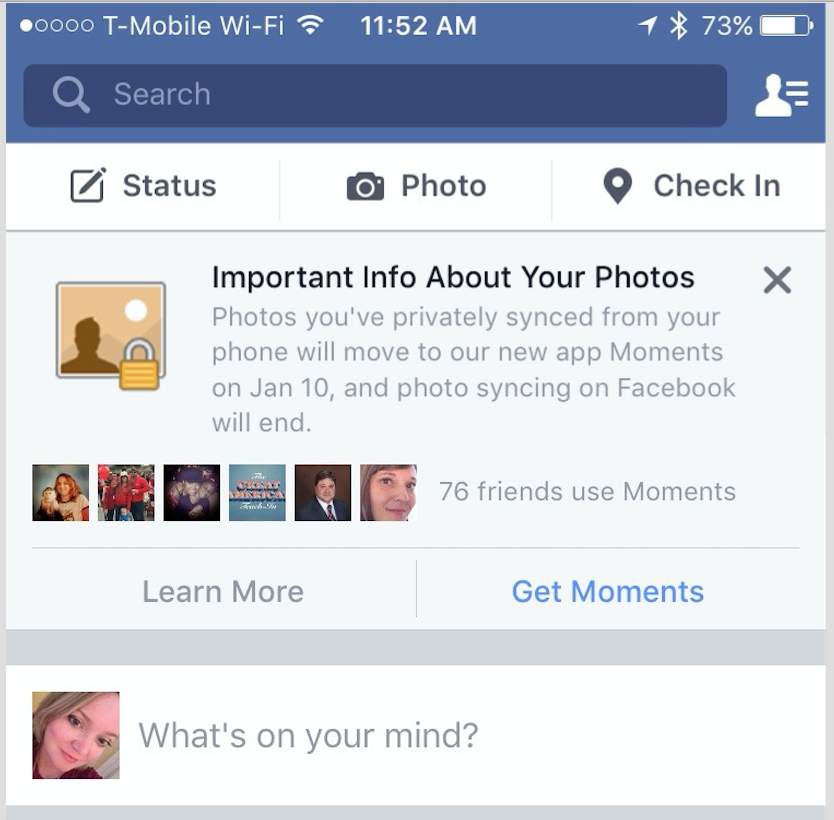 TechCrunch caught wind of the upcoming change through a News Feed banner. “Photos you’ve privately synced from your phone will move to our new app Moments on January 10, and photo syncing on Facebook will end,” reads the message.

Facebook told TechCrunch that folks who download Moments will have their previously synced Facebook photos available in the app. Those who don’t want to install Moments will be given the option of downloading a photo archive on their computer. 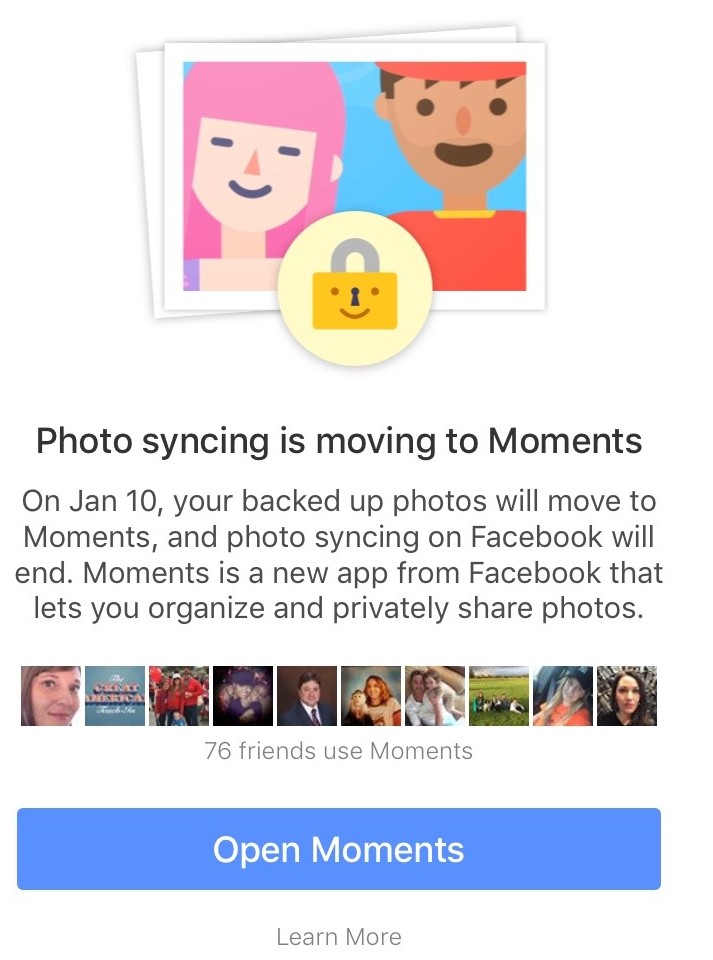 Moments lets you manage your photos and store them in private albums. The app uses facial recognition to group your shots based on who’s in them and when they were taken. In allowing users to tag photos of their friends, who can then sync those photos to their own collections, Moments helps you “get the photos you didn’t take.”

Among other features, Moments can turn any private album with at least six photos in it into a movie that can be watched or shared with friends and family on social media.

Just be careful not to rely on Moments as your exclusive photo backup solution because Facebook reduces all photo uploads to as little as 720 pixels wide.

Can you imagine Moments taking off?