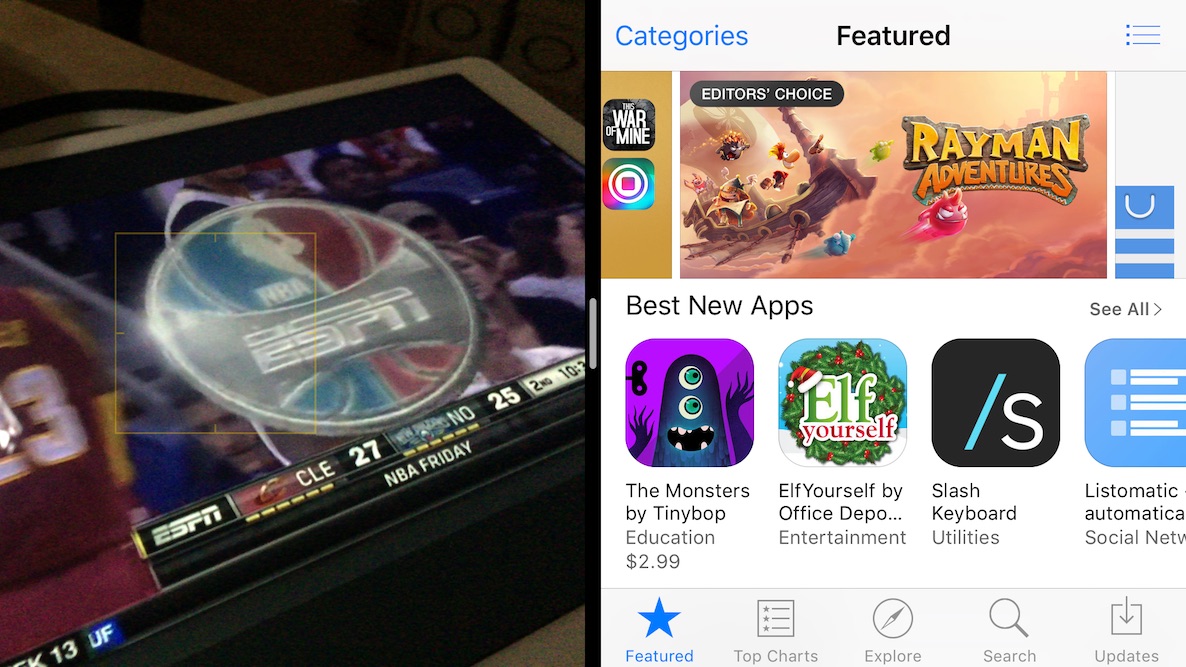 Splitify is a recently released jailbreak tweak that allows you to use iOS 9’s Split View—a multitasking feature that’s exclusive to the latest iPad models—on any jailbroken iOS 9 device. That means that, yes, as long as you’re jailbroken on iOS 9, you can use Split View on your iPad Air, iPhone 6s, iPhone 5s, or other device.

You can download Splitify free of charge from Cydia’s BigBoss repo. Once the tweak is installed, it begins working immediately. Simply slide your finger from the edge of the right side of the screen to open the Split View window. Use the Split View window to select an additional app, and you’ll be able to view both apps at the same time. 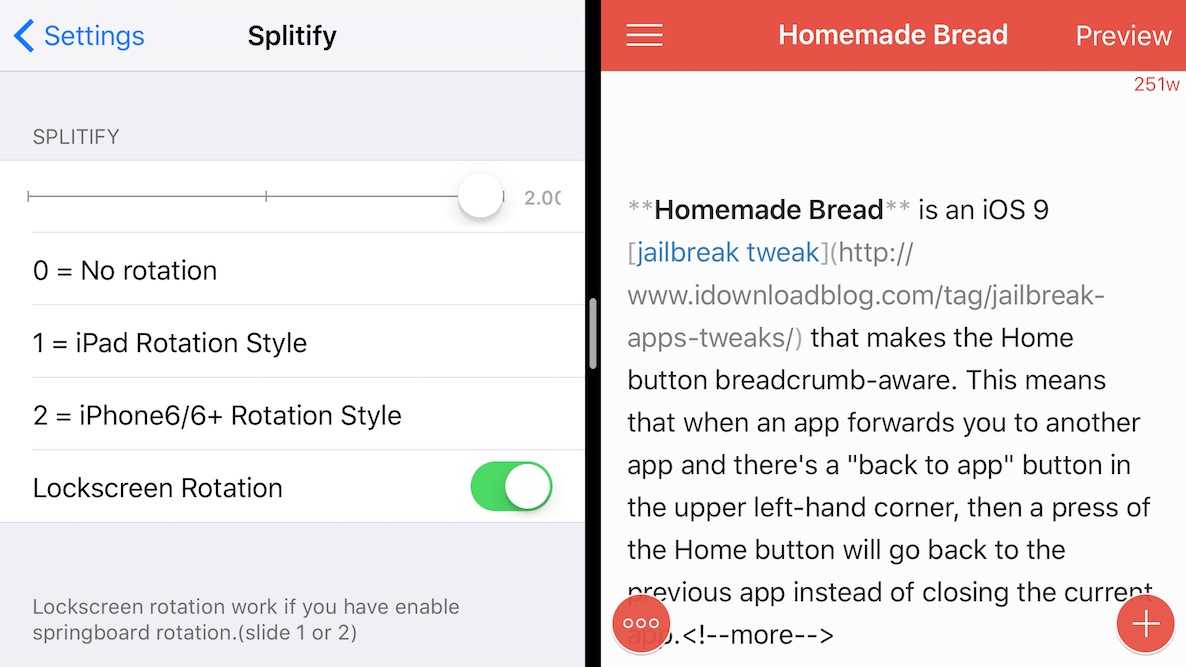 As you might imagine, Splitify works best on larger devices like iPads, but it does work decently enough while using landscape mode on the iPhone. I wouldn’t even recommend trying to use Split View on an iPhone while in portrait mode, as it just results in a cluttered unusable mess.

Splitify does feature a preference panel, which allows you to enable rotation to differing degrees. It also allows you to activate Lock screen rotation if that’s something you desire. 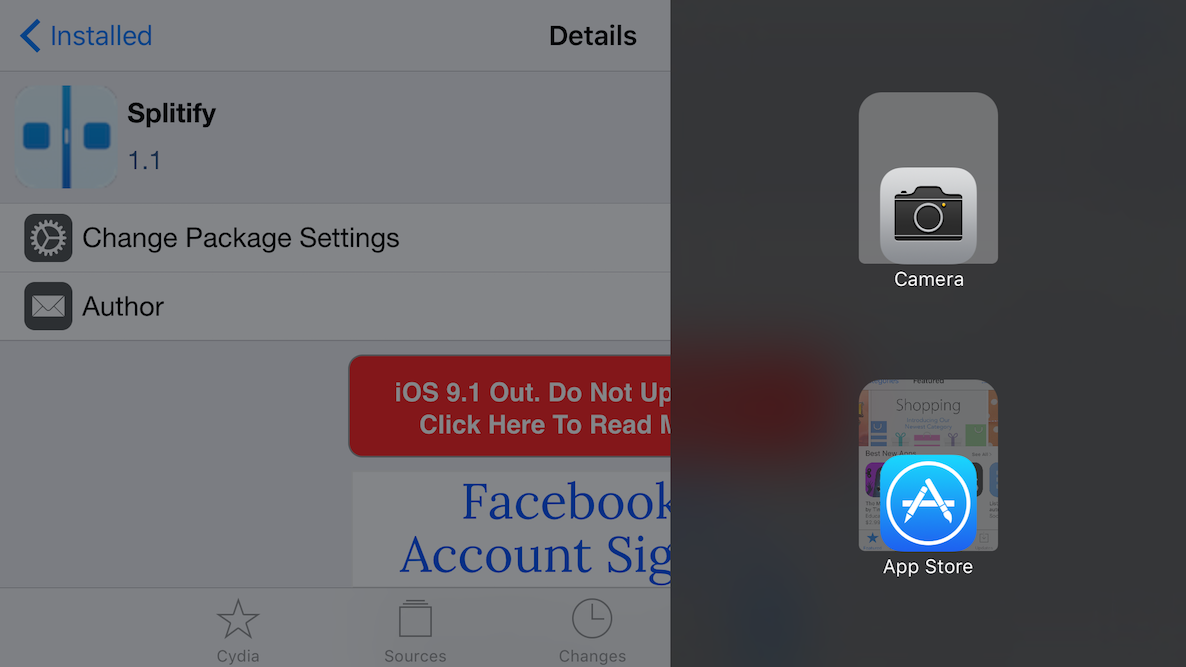 If you’re interested in bringing Split View to unsupported devices, then Splitify is generally up to the task. It has a few bugs and UI glitches here and there, but if you’re sure to keep the tweak locked in landscape mode on iPhones, then you’ll be mostly satisfied with the experience.