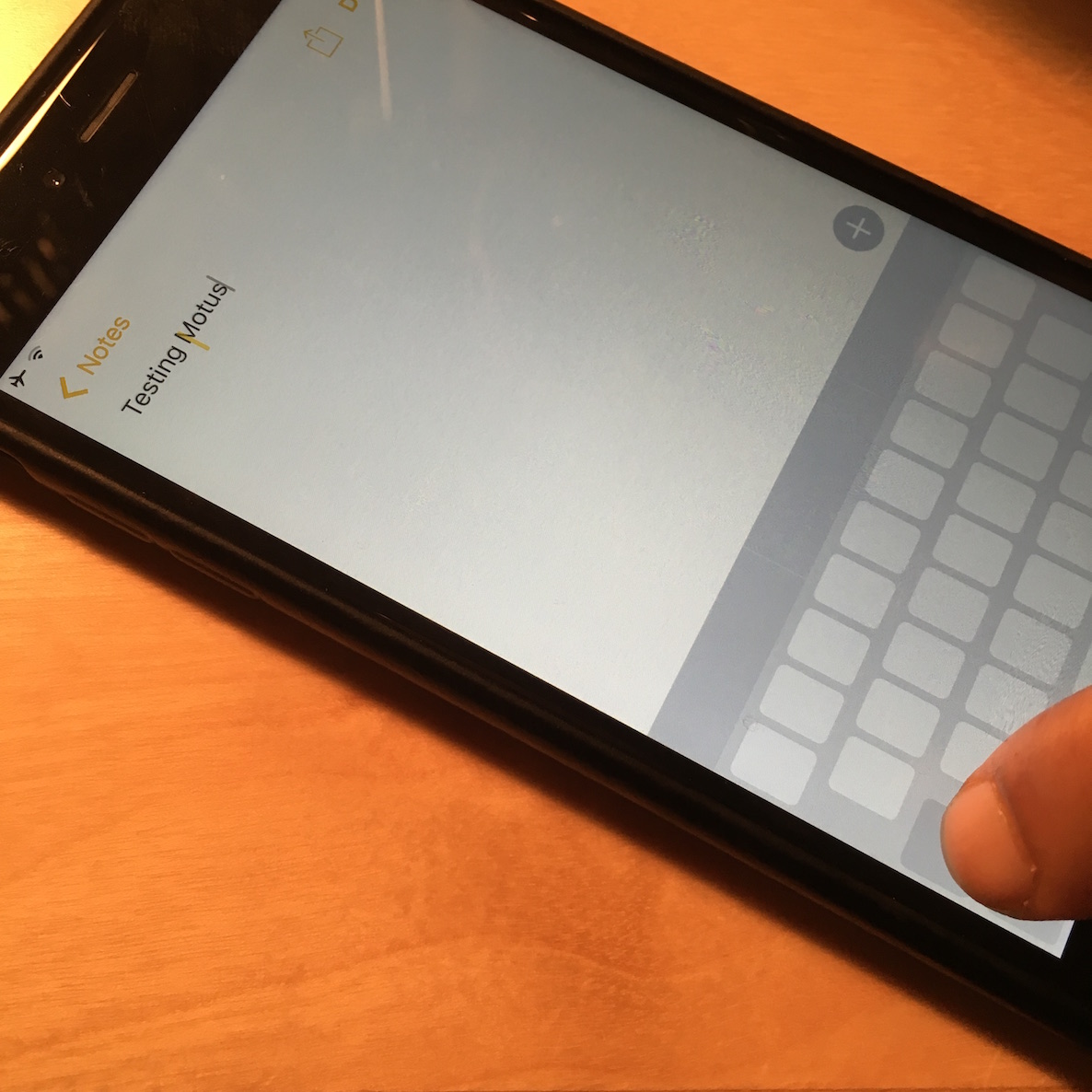 If you have an older jailbroken iPhone like the iPhone 6 or iPhone 5s, then you’re missing out on one of the best features made possible by 3D Touch featured on the iPhone 6s. Thanks to 3D Touch, the iPhone 6s’ keyboard trackpad mode allows users to swipe on the keyboard to position the cursor accurately when typing or editing text.

The good news is that a newly release jailbreak tweak, found on up-and-coming developer collective Creatix’s beta repo, brings some of the keyboard trackpad features to older devices.

First and foremost, you’ll need to add Creatix’s beta repo to your list of Cydia sources. His repo is as follows: repo.ioscreatix.com

Once the repo is added, download the tweak entitled Motus. Once the tweak is installed, a swipe on the keyboard will enable trackpad mode, allowing you to precisely position the cursor.

Unlike other popular tweaks like SwipeSelection, Motus uses Apple’s built-in trackpad mode, so it works similarly to how it does on compatible iOS 9 devices.

Creatix says that you can use a single-finger swipe on the keyboard to invoke trackpad mode, and while that’s true, you may at times have to engage with a two-finger swipe to jumpstart trackpad mode. I also find that highlighting text isn’t nearly as possible as it is on the iPhone 6s, or even the 3D Touch-less iPad Air 2. Because of the way the trackpad mode is invoked, it makes it difficult at this point to use highlighting at all.

Motus is available for free, and begins working immediately after installation. There or no options or settings that you need to configure in order to start using it. It’s a tweak that needs a little work, but it shows flashes of promise.

What do you think about the trackpad mode found in iOS 9? Do you think such a feature is useful on older devices?