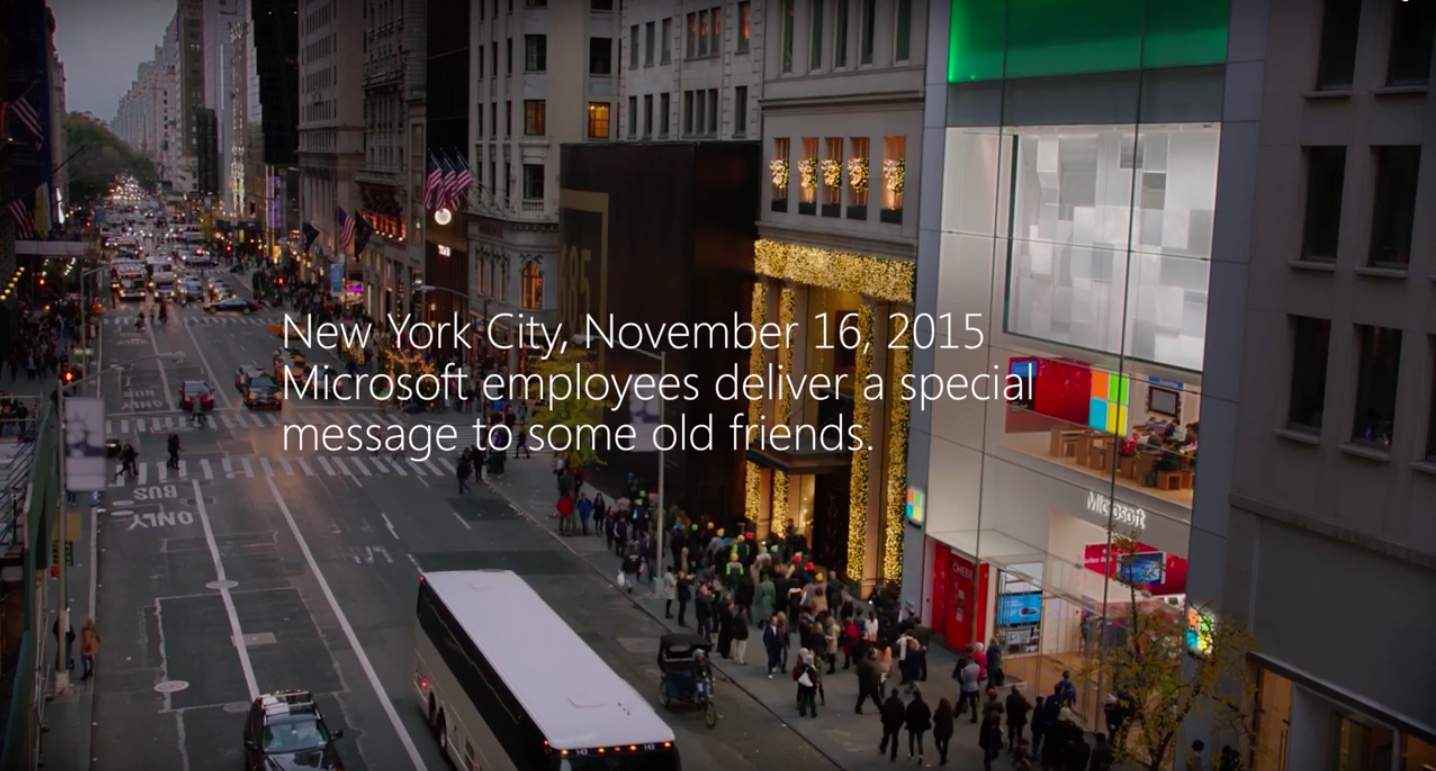 As reported by AdAge, Microsoft flew store employees from around the country to New York City to film this commercial on November 16.

They were joined by a local NYC children’s youth choir in singing “Let There Be Peace On Earth” to their Apple Store peers.

And here’s the commercial.

Kathleen Hall, corporate Vice President of Global Advertising at Microsoft, told AdAge Microsoft had to get permission from Apple to perform the song on the store’s plaza.

“Apple, she said, knew Microsoft would be filming something, they just weren’t sure what,” AdAge writes.

“In the spot, Microsoft employees begin singing, while Apple employees spill out of the store to watch. Employees from the two rival companies hug, a move Ms. Hall said was a moment of ‘setting differences aside and coming together,’” reads the article.

It’s certainly nice seeing old rivals hugging it out and spreading the message of love and peace for the holidays, wouldn’t you agree?