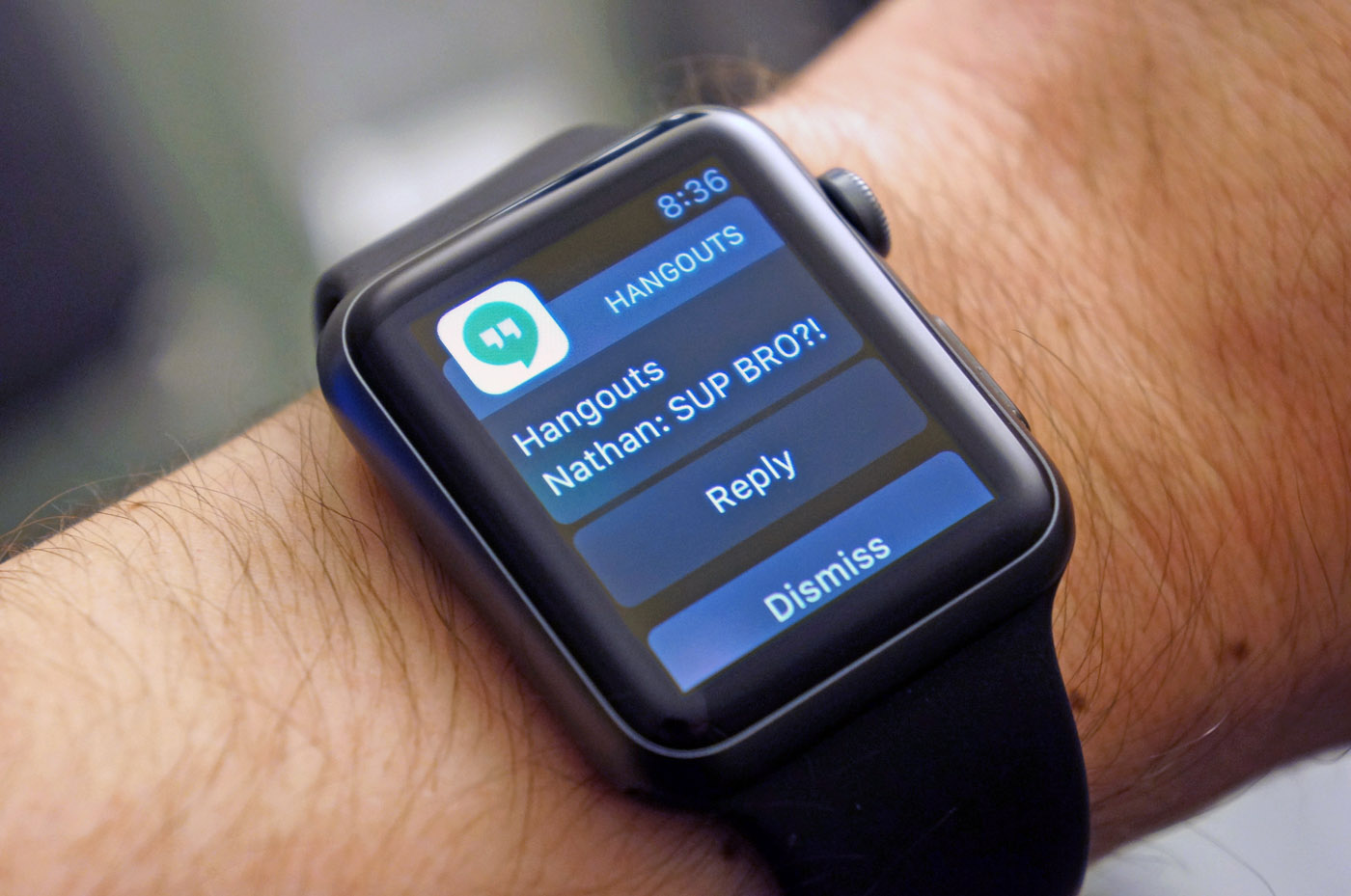 For starters, Apple Watch owners can now respond to instant messages received from other Hangout users directly on their wrist and also from the notification banner on their iPhone, iPod touch or iPad (provided they use iOS 9.1).

The app is now supported on the Apple Watch with rich notifications and the ability to respond to incoming messages with canned replies or dictation. You will need to enable Hangouts in the Notifications section of the companion Watch app on your iPhone.

Grab Hangouts for free in the App Store.