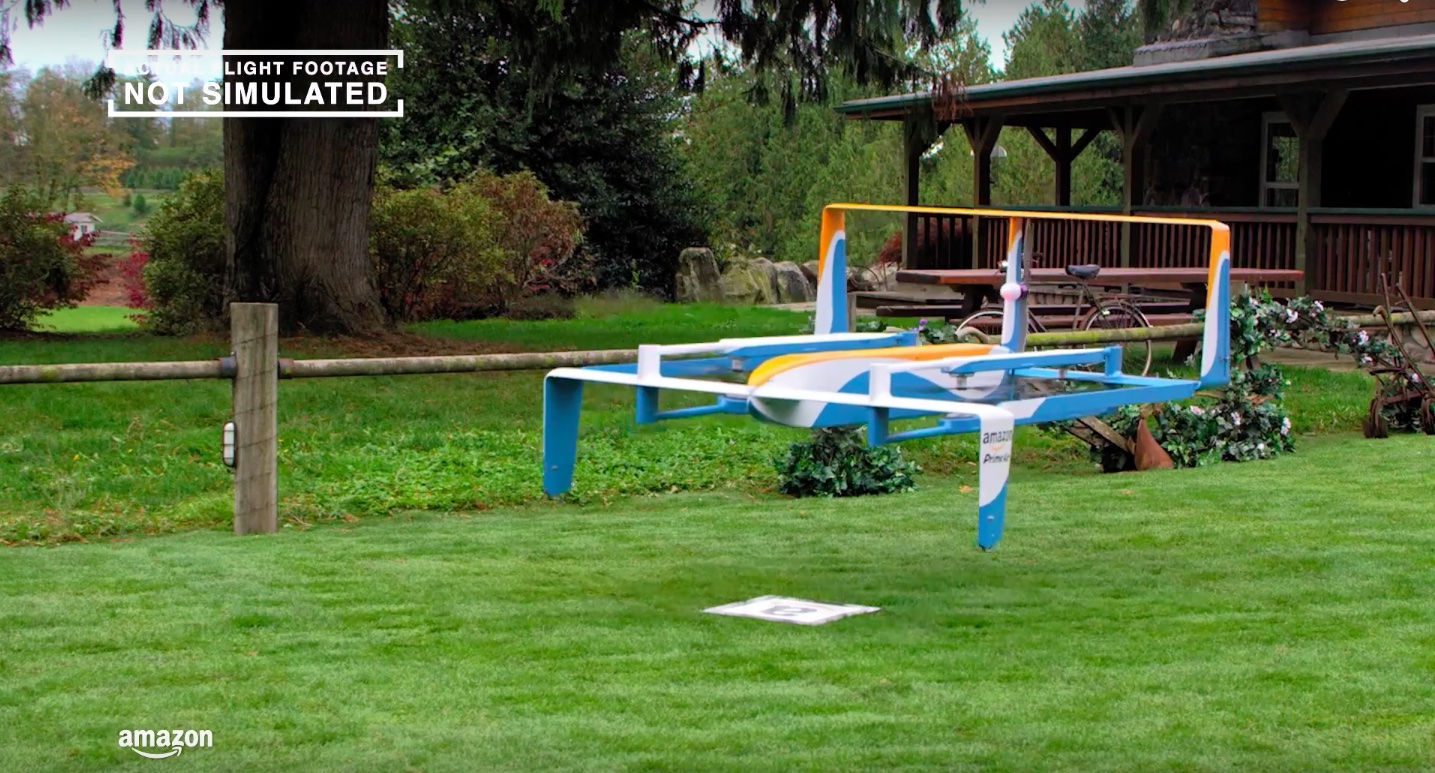 Jeremy Clarkson, the former host and presenter of BBC’s Top Gear show, has been hired by Amazon to promote its products. In addition to a recent commercials aired in the United Kingdom which promotes Amazon’s Fire devices, Clarkson can be seen in the most recent Amazon video showing off the Prime Air, the online retail giant’s drone delivery system first announced back in December of 2013.

A two and a half minute video shows actual footage of an Amazon drone delivery system in action. Featuring a range of fifteen miles and an on-board collision detection system allowing it to avoid obstacles, the Prime Air drones are capable of delivering purchases within a 30-minute window.

While the technology may be there, various regulatory hurdles are currently preventing drone delivery systems from Amazon, Google and the like from being widely used for commercial package delivery.

As Clarkson said in the video, “this is a story from a not-so-distant future” so Prime Air is basically a question of when, not if.

And here’s another Amazon ad with Clarkson promoting the Fire TV Stick.

Basically a miniature set-top box, the Fire TV Stick runs apps and features a voice activated remote allowing you to speak the name of a movie, TV show, actor, director, or genre and quickly get results.