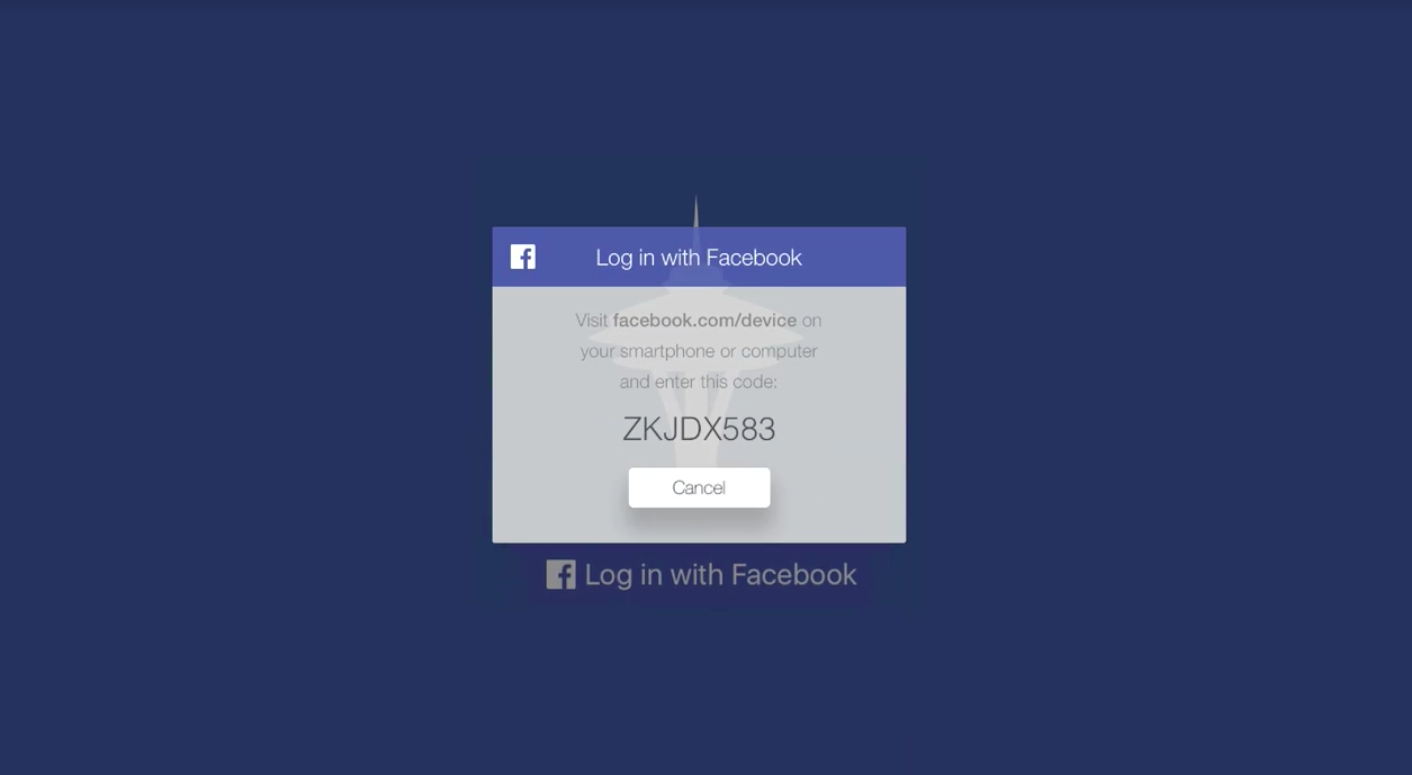 If you own Apple’s fourth-generation Apple TV, you have probably noticed that apps and games for the set-top box currently lack common social features such as Facebook Login and sharing.

But that’s about to change soon as Facebook earlier this week announced immediate availability of the first beta of its Facebook SDK for tvOS, which gives developers the means to build immersive social experiences on tvOS.

I know what you must be thinking, now we’ll have to log in to Facebook using the Apple TV’s convoluted software keyboard, right? Not exactly.

As per the Facebook Developer blog, a user will be able to quickly log in to Facebook by entering a unique eight-digit security code displayed on the Apple TV into Facebook’s mobile app, without the need to enter their username and password with the remote.

Apps can also ask the user for additional permissions by presenting the modal dialog. In addition to Facebook Login, Apple TV apps compiled with Facebook’s tvOS SDK can implement Facebook sharing and Facebook Analytics for Apps.

Facebook sharing will allow users to easily share links, photos, videos and other content from Apple TV apps with their Facebook friends, with one notable exception—Facebook’s standard sharing dialogs are not available on tvOS.

As for Facebook Analytics for Apps, this service helps developers understand their audience and how people engage with their Apple TV app.

I should point out that certain Apple TV apps implement logins in an even easier way. Infuse, a forthcoming media player for the Apple TV, for instance, allows you to log in to trakt.tv by displaying a 2D barcode that you then scan with the mobile app.