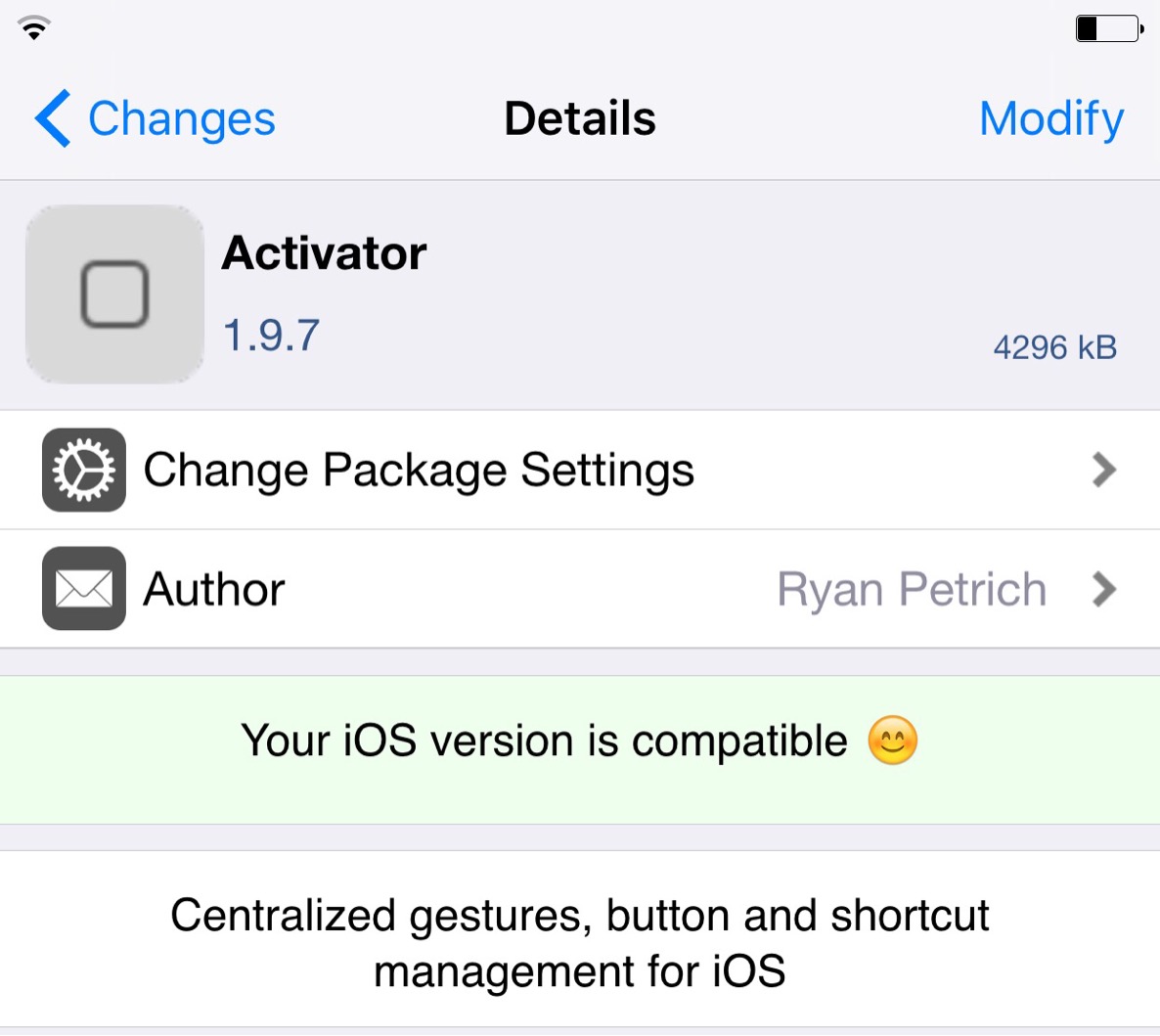 Activator, the staple jailbreak tweak relied on by many as a standalone release, and by tweak developers as a complementary component, has been updated to version 1.9.7. The update brings a boatload of new changes, features, and fixes to the fore, including support for taptic engine actions, 3D Touch events, and more. Needless to say, if you have a jailbroken iPhone 6s, then this update is for you.

Sadly, I had to restore my iPhone 6s before I could try this update out, but just look at the wealth of new features gained in version 1.9.7:

And just to reiterate, that’s just a taste of the features and fixes that can be found in developer Ryan Petrich’s latest Activator update.

The update, which is free just like the tweak itself, comes in at 1.1MB in size, a significant chunk of code. If you’re jailbroken, especially if it’s an iPhone 6s, then it’s highly advisable to download and install the latest Activator update. If you do happen to try it, please drop us a line and share your experiences with the new actions and events.