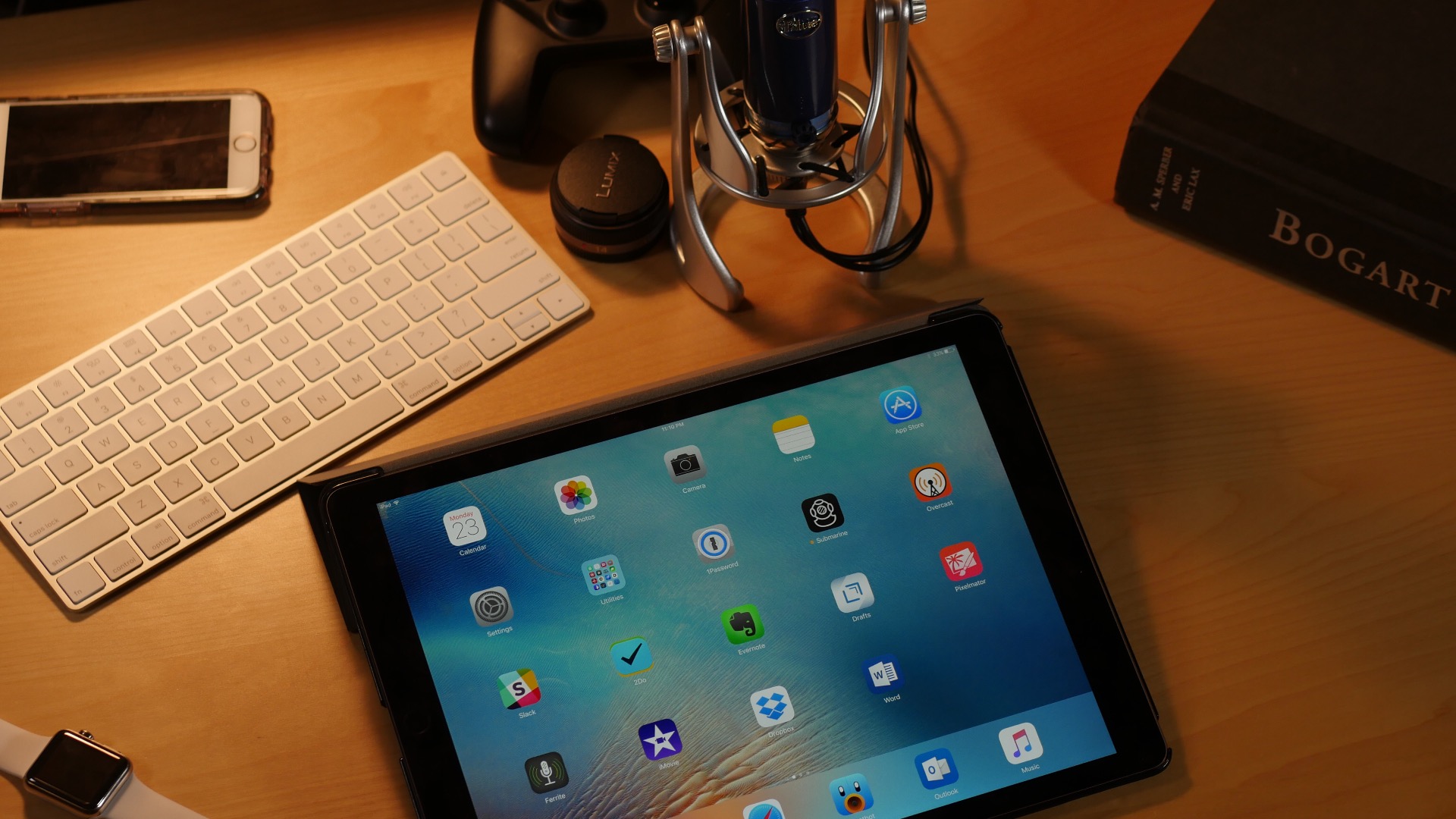 In my review of the iPad Pro, I made sure to establish that it wasn’t necessarily a replacement for your Mac. At the same time, that doesn’t mean that it can’t replace your Mac, or that it doesn’t do some things better than a Mac can.

To be honest, the iPad Pro does quite a few things better than my MacBook Pro with Retina display. In this post, I’ll consider 10 reasons why the iPad Pro might be the better computer of the two for your workflow.

If you do any sort of intensive work on your Mac, then you’re likely intimately familiar with the fan noise that emanates from its aluminum housing. Fan noise is such a problem for me on my MacBook Pro with Retina display, that it slows down my entire workflow as I wait for the machine to cool off between takes.

The iPad Pro, like every iPad before it, uses passive cooling to keep the internals at a safe temperature. Apple already sees the value of this, as evident by the passive cooling solution in its 12″ MacBook, but it may be a while before we see such a strategy in the more beefier pro machines.

The iPad Pro gets great battery life, and it’s super-easy to charge. Unlike most Macs, which require a physical connection to a wall outlet, you can easily charge an iPad Pro with one of the many third-party battery packs on the market.

Again, Apple is beginning to change this starting with its experimental 12″ MacBook. Like the iPad, you can use battery packs to recharge with ease via its USB Type-C port.

This is something that no Mac has, which is kind of sad when you think about it. Cellular connectivity means that you’re always connected to the Internet, no matter where you go. Of course, you can always use your phone to tether to your non-cellular iPad or Mac, but nothing is as seamless as the built-in cellular connectivity on an iPad.

Obviously, some of the more power-packed Macs run circles around the A9X processor in the iPad Pro, but the A9X is no slouch. In fact, when it comes to processing power, it bests some of the 2–3 year old MacBook Pro’s, and easily tops the 12“ MacBook released just this year. With the iPad Pro, the line is beginning to come into its own and truly live up to Apple’s ”desktop class” architecture claims.

One sterling example of the power contained in the iPad Pro is seen when editing and exporting 4K video. The iPad Pro can handle three simultaneous 4K streams in iMovie, and can usually export a 4K video in approximately the same amount of time that it takes for me to export 4K video on my 2013 MacBook Pro with Retina display.

Even though the iPad Pro is large and somewhat heavy when placed next to other models in the lineup, it’s still svelte and sleek when compared to most MacBooks. The iPad Pro is easily portable, which makes continuing your work in another location an effortless endeavor. Outside of the underpowered 12″ MacBook, you’d be hard pressed to find a more portable workhorse in Apple’s lineup than the iPad Pro.

It’s something that can’t be overlooked—the iPad is a much better syncing partner with an iPhone than a Mac is. Tons of iPad apps are universal apps that work seamlessly with the iPhone, and sync using iCloud or DropBox. Don’t get me wrong, this is possible with quite a few Mac apps as well, but I don’t feel like you’re afforded the same measure of seamlessness that you get with two devices running the same OS.

For example, I started writing this post in Drafts on my iPhone, and easily picked right up where I left off on iPad, and vice versa. The syncing is so good that it’s almost transparent, and the control schemes and methodologies are all the same since it’s the same app running on the same OS on both devices.

With the iPad Pro, there is simply no waiting. When you launch an app, it launches instantly. Under normal circumstances, there’s no need to close apps, and the iPad is always on and ready to go on a whim. It’s the perfect machine for sporadic workflows.

The iPad can transform from a productivity machine into a gaming console in mere seconds. Just pair your favorite Bluetooth controller, and select from a wide variety of games. In fact, the iPad’s gaming catalog far outsizes the Mac’s gaming catalog, so it’s safe to say that you’ll find something that everyone can enjoy.

It does movies and television, too

I’m stating the obvious here, but I don’t think there’s anyone who will deny that the iPad Pro is a better media consumption device than the Mac. There’s Netflix streaming, iTunes movies and television, live streaming television via services like Sling TV, and so much more. There’s a virtual endless amount of entertainment options to be consumed on the iPad Pro, and you can do it all from the comforts of your couch, bed, car, or wherever else you happen to be.

Despite how hard it is to get your hands on an Apple Pencil, it is, without a doubt, the flagship feature for the iPad Pro. I’ve only had about 30 minutes of total hands-on time with the Apple Pencil (mine is scheduled to arrive tomorrow), but even from that brief experience, I can vouch for its legitimacy. If you’re a digital artist, then the Pencil should automatically raise the iPad Pro a few notches in your eyes. It’s a method of hardware input that a standalone Mac just can’t compete with.

Not all the way there…yet.

The iPad Pro is the most competent iPad yet. It has the power and performance to do work much more efficiently than any previous model, and most importantly, it has iOS 9, which greatly increases potential productivity.

But the iPad is not an outright Mac replacement for everyone. The Mac can still do quite a few things easier than an iPad can do at this time. The divide is certainly getting smaller, but there remain areas where the iPad can stand to make improvements.

In a follow-up post, I’ll share with you my iPad Pro 2 + iOS 10 wish list, which includes some of the missing features that could improve the device and make it even more competent as a primary computer.