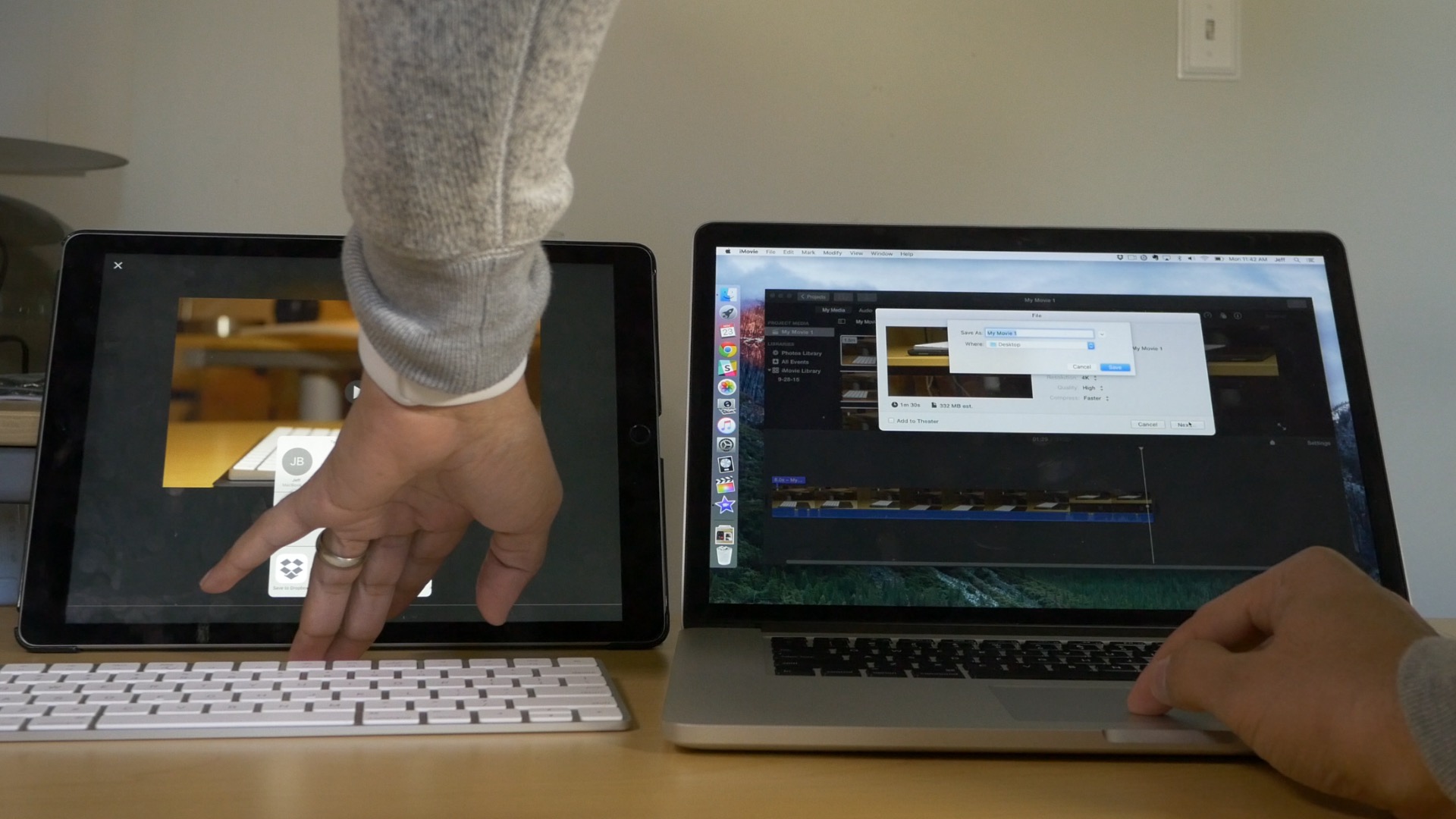 If you haven’t guessed by now, I’m extremely excited about the iPad Pro and what it brings to the table. It features a super-powerful A9X system on a chip, 4GB of RAM, and improved memory architecture. It’s a beast of a machine, no doubt.

But is the iPad Pro beastly enough to go toe-to-toe with an 2.3 Ghz Intel i7 equipped MacBook Pro with 16GB of RAM? Surely that’s crazy talk, no? Watch my video to find out…

The result speaks for itself. The iPad Pro easily keeps up with the MacBook Pro in a 4K export test using the same 4K source footage and iMovie.

Granted, this is a two-year-old Late 2013 MacBook Pro, but still! When I bought this machine, it was pretty impressive in its own right. I skipped the discrete graphics for battery and fan noise reasons, but the Iris Pro integrated graphics it sports isn’t exactly a slouch.

The iPad Pro just went toe-to-toe with what was, just two years ago, a moderately powerful Mac. Just think about what things will be like in 2-3 years. People have doubted my ability to get real work done on the iPad Pro, but if that turns out to be true, it certainly won’t be due to lack of power.

That’s not to say that there aren’t any concerning bottlenecks in the iPad Pro’s workflow, because there are. For example, importing the source footage needed for the export test took several minutes longer on my iPad Pro due to the USB 2.0 Lightning to SD Card adapter. Thankfully, it looks like a USB 3.0 variant for the iPad Pro may be on the horizon.

It would also be nice if Apple gave us more pro apps, like Final Cut Pro X and Logic. Even if it just beefed up the capabilities of apps like iMovie and GarageBand, that would do a lot of good, too.

Needless to say, I’m absolutely giddy about what the iPad Pro brings to the table. I know a lot of people have been using the iPad as their main machine for a while now, but as someone who does videos and podcasts, I never truly believed in the back of my head that I could get real work done on an iPad…until now.