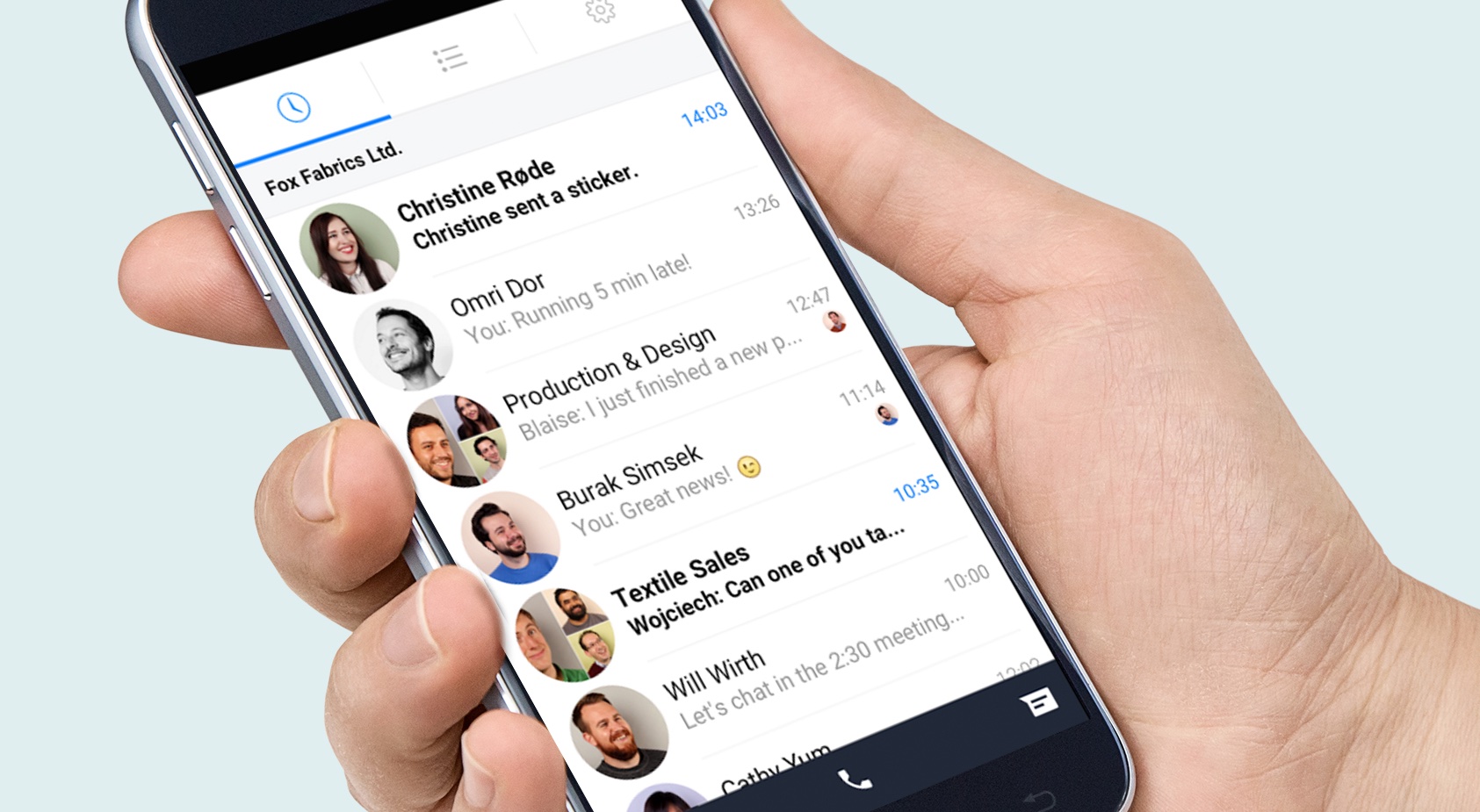 Facebook today launched a dedicated version of its mobile messaging software, Facebook Messenger, that’s meant to be used at work.

As reported on by TechCrunch, the applications is called Work Chat and available now for Android smartphones over at Google’s Play Store, while a version for iPhones is being worked on and scheduled to release soon.

The app is basically an expansion of Facebook at Work, the company’s business platform which has been in private testing for months now.

In spite of the Work Chat moniker, the app looks and behaves exactly like Facebook’s mobile Messenger software for consumers and its main mobile client and limits your exchanges to people within a single company.

Work Chat lets co-workers exchange instant messages, participate in group chats, share photos and videos, make voice calls and even use stickers. It also lets you disable notifications when you don’t want to be disturbed or are on vacation.

It’s interesting that Facebook is turning its attention to the workplace after neglecting business users for years. But as the line between workplace and home continues to blur, increasingly newcomers are designing business-focused versions of their consumer software.

But unlike consumers, who expect and demand free services supported by advertising, corporations typically deploy business apps on a subscription basis. For the likes of Facebook, that might prove a significant source of new revenue streams.

Of course, Facebook faces an uphill battle as the workplace is largely dominated by Microsoft and Google platforms, while newcomers like Slack and incumbents like Microsoft’s Yammer and Salesforce’s Chatter all compete to become the de facto standards for inter-office communication.

As for Facebook at Work, the platform is currently being privately tested by Heineken USA, Hootsuite, Linio in Latin America and the Royal Bank of Scotland, which plans to have 30,000 workers on Facebook at Work by March 2016, and then its entire workforce of 100,000 by the end of next year.

As mentioned, an iOS version of Work Chat is in the works and due soon.

In the meantime, iPhone owners can download Facebook at Work, a free of charge iPhone application that that allows co-workers to chat and collaborate.