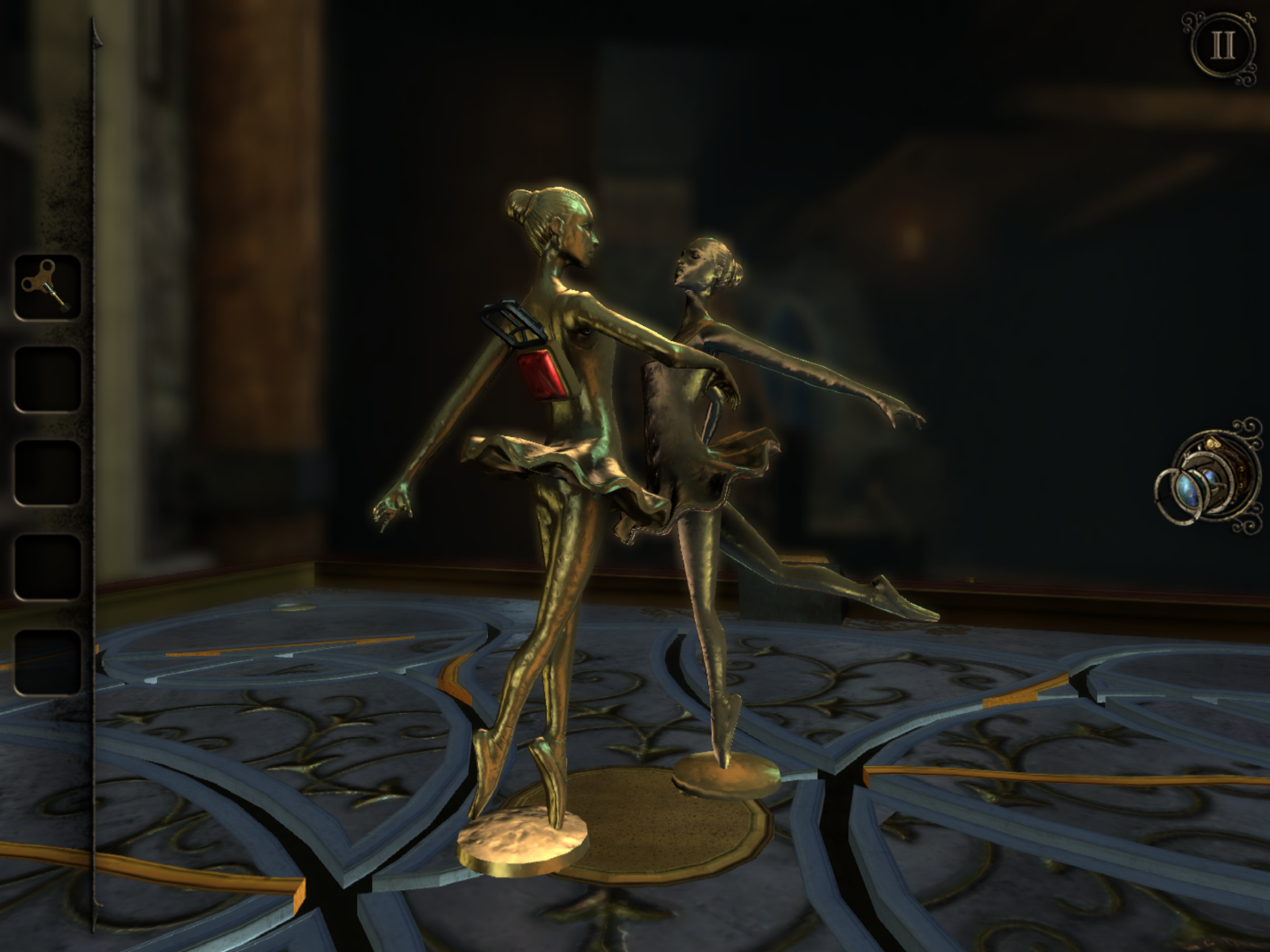 Fireproof Games has made a name for itself on iOS with one series of games. The Room won Apple’s Game of the Year in 2012. The sequel, The Room Two, came out in late 2013 and transported players to a new location with plenty of new and intricate puzzles. It was also named as one of Apples Best Of games in 2013.

The Room Three is already proving to be of the same stellar quality as its predecessors. After two similar titles, will players get tired of the same thing again? We have a full game review of The Room Three for you today.

Just like its predecessors, players are transported to an unknown location where they are trying to track down a mysterious person, in this game, he is known as “The Craftsman.” In a large complex known as Grey Holm, players must uncover new complex puzzles that span rooms and require extra planning. The Craftsman will reveal himself to you only after you’ve recovered five artifacts. He has low expectations of your success.

The third installment of The Room takes what was created in the previous game and ups it a notch. The world is more expansive. In the first game, players spent their time unlocking the different mechanism on a box. In the second, players search around in stone basements and a ship’s cabin. In this game, players explore five wings of Grey Holm, including basements, bell towers, lighthouses, and more. Each wing unlocks a number of locations, each with a number of puzzles that are all interconnected. Once you have successfully solved all puzzles in one wing, you are rewarded with an artifact that you can add to the altar in the main hub area of the mansion. 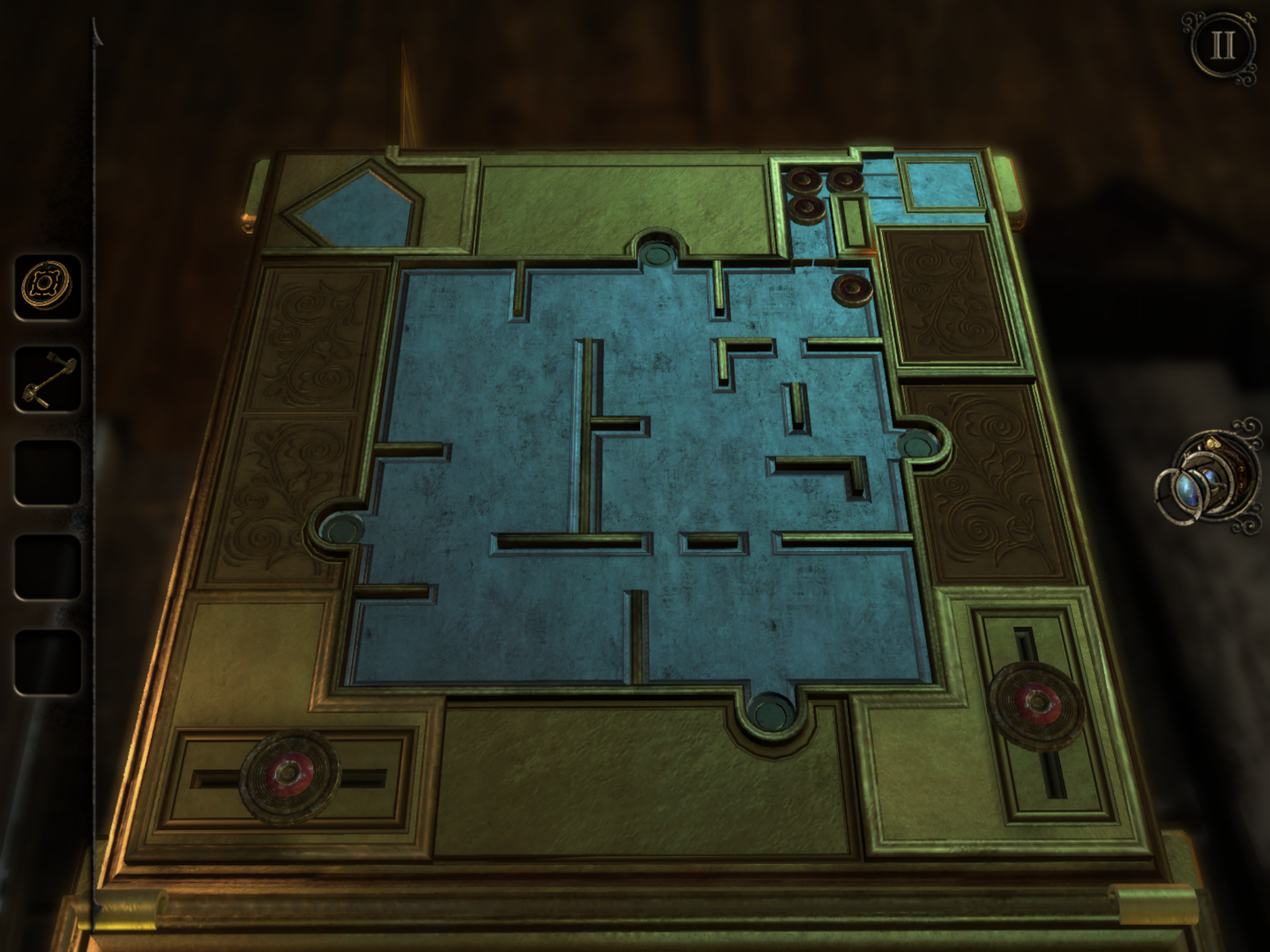 This game is similar to its predecessors in that there are mechanisms that must be unlocked in order to find new parts, which are then used to unlock new mechanisms, which reveal more items that are used somewhere else.

However, The Room Three is different than the first two installments in that much of the puzzle solving requires navigating a number of locations to find those mechanisms. For example, in the bell tower, you must unlock a box to find a gear, which is used to call up a staircase that leads up to the bell room were another key must be found and used back on the main floor and reveals a handle that unlocks a door that leads to a basement where there are two puzzles that must be solved in order to get a key that is then used in the previous room. And that’s not everything that must be solved in that wing, but you get the idea.

The graphics are on par with the updated technology of iOS 9, but like the previous games, much of the background is shrouded in darkness. This is meant to keep the player on track without wildly exploring areas unnecessarily.

The familiar magical spyglass is back, but this time, the Craftsman scoffs at the one you already own and has presented you with a better one, which helps you solve puzzles that weren’t noticeable without it. In fact, this eyepiece actually shows you new puzzles that are hidden inside others. So, you could be transported into a puzzle within a puzzle within a puzzle.

The hint system, which has always been a refreshing addition to The Room series, is perfect in this game. You are provided three hints with varying degrees of help. The first points you in the right direction, while the third spells out exactly what you need to do next. Hints are limited by time. After you’ve used the first hint. You must wait one minute to get the second, and so on. This helps you take a moment to try to figure things out for yourself instead of running through the entire puzzle without using your own puzzle-solving skills. 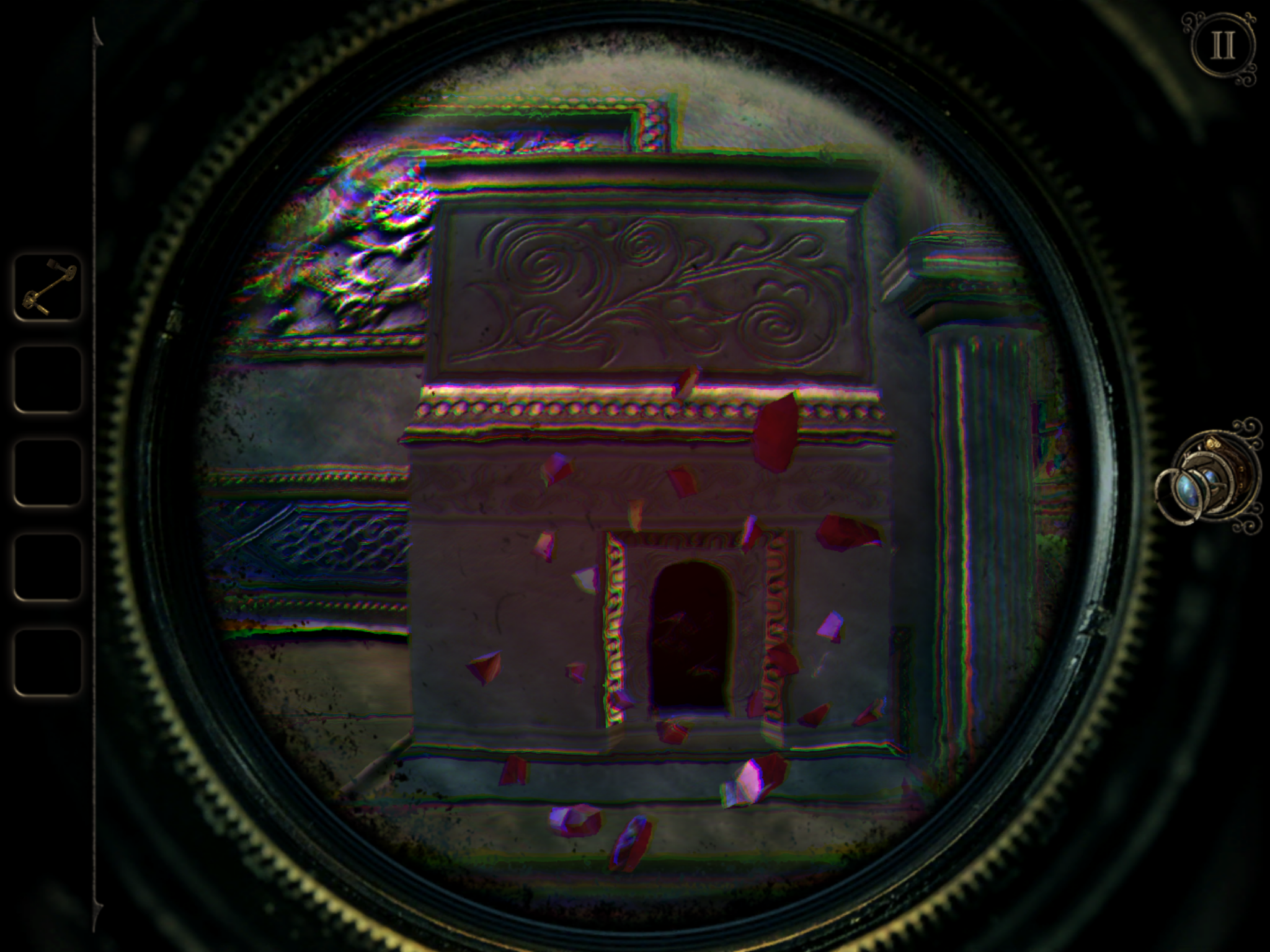 I love how this installment really opens up the world. There is a more immersive story going on and having to move from one room to the other makes it feel more like an adventure game and less like a 3-D puzzle.

Because the puzzles are so expansive, you tend to have to backtrack more. In traditional puzzle games, that is a familiar technique. However, the previous games in the series focused more on moving forward all of the time. This change in puzzle solving mechanics might put some purists off a bit.

The Room Three costs $4.99, which is the same price that its predecessors were when they first launched. It is absolutely worth every cent, and this version even has alternate endings, depending on which puzzles you solve, so the replay value is truly high. However, I should point out that The Room has dropped in price to $0.99 and The Room Two is now $1.99. Both titles have also seen fluctuations in price since their launch. Chances are, you’ll be able to get this game on sale after a few months. But, are you willing to wait?

For fans of The Room series, this is a no brainer. In fact, you’ve probably already downloaded it and completed it at least once. If you haven’t yet played one of Fireproof’s games, I recommend downloading the first in the series to see what you think. Chances are, you’ll be downloading the entire series within a week. This game is available on the iPhone, iPad, and iPod touch. Download it in the App Store today.

This more expansive installment reminded me more of Myst than its predecessors.

What do you think of this puzzle game? Let us know in the comments below.