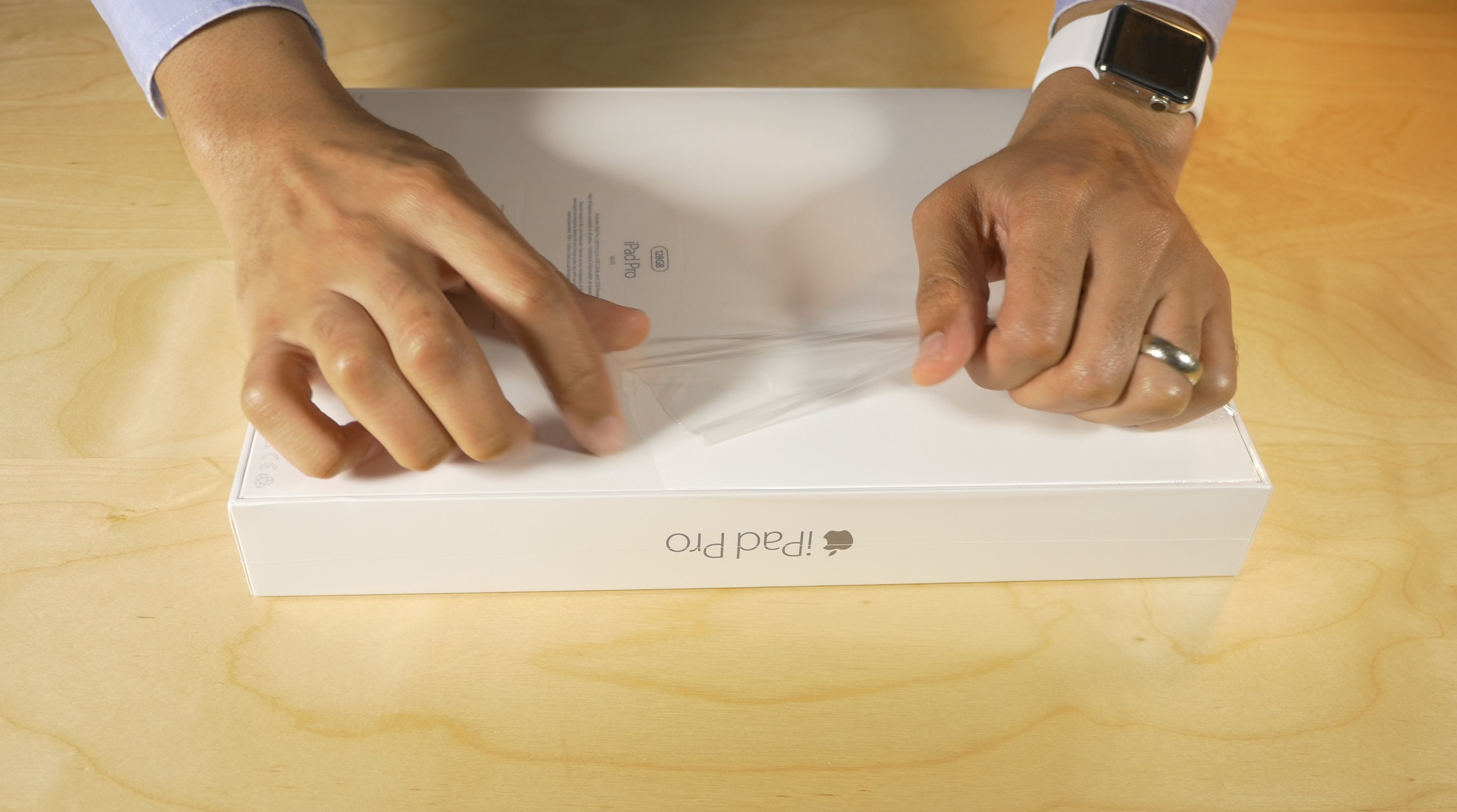 After waking up in the wee hours of the morning to find the iPad Pro on sale and available for in-store pickup, I decided to place an order for a 128GB Space Grey Wi-Fi-only model. Unfortunately, I had to wait until tonight before I was finally able to get my new iPad home and unboxed. Tomorrow, I’ll be posting some deeper impressions and a few videos that showcase the new iPad Pro, but I wanted to leave you with some of my brief first impressions before I hit the hay.

The iPad Pro is really big

It’s something that photos or even videos fail to capture—the immense size of the iPad Pro. Hearing 12.9″ and seeing the tablet on videos and in photos doesn’t do it justice. You really have to go hands-on with this beast to really appreciate how large and in charge it is. It makes an iPad Air 2 feel downright miniscule.

It probably won’t replace your laptop

I’ll go along with the chorus of reviews and admit that the iPad Pro probably isn’t the device that will make you abandon your laptop or desktop computer. There’s still so many things about iOS that just aren’t there yet when it comes to productivity. For me, editing videos, while technically feasible on the iPad Pro, is still limited by all of the things that limited the iPad Air 2, and the iPad Air before that. iOS needs to continue to mature and evolve before this machine can do things that I use my laptop for.

That said, if you’re primarily a typer, or if you’re a graphic artist, this thing is probably going to amaze you. The Pencil, which I unfortunately wasn’t able to get my hands on yet, is particularly impressive. The Smart Keyboard, while a little odd with all of its folded fabric, feels good to type on. Sadly, neither of the flagship accessories were available to take home on day one.

Games benefit in a large way

The “Pro” in iPad Pro may stand for professional, or perhaps even productivity, but make no mistake about it, this is an awesome gaming machine as well. Having such a big screen makes games more immersive than ever before. In fact, I’d go on to argue that games on the iPad Pro have more potential than games on any other device that Apple makes. The action is so in-your-face, and the sound is so intense thanks to the new 4-speaker setup, that you can’t help but smile a bit when playing action games.

Multitasking was made for the iPad Pro

Lots of apps still need to be updated

Something tells me that the usual lull that occurs when an iOS device ships with a new screen resolution will be even longer this time around. There are still many iPad apps that haven’t been optimized for the iPad Pro’s large screen, and while they don’t look horrible, it’s definitely noticeable and a little bit irritating. It’s probably going to take a few months before all of your most used apps are optimized for iPad Pro.

As I stated, I’ll be back later with more in-depth impressions. If you have any questions, please leave them in the comments and I’ll do my best to answer them.