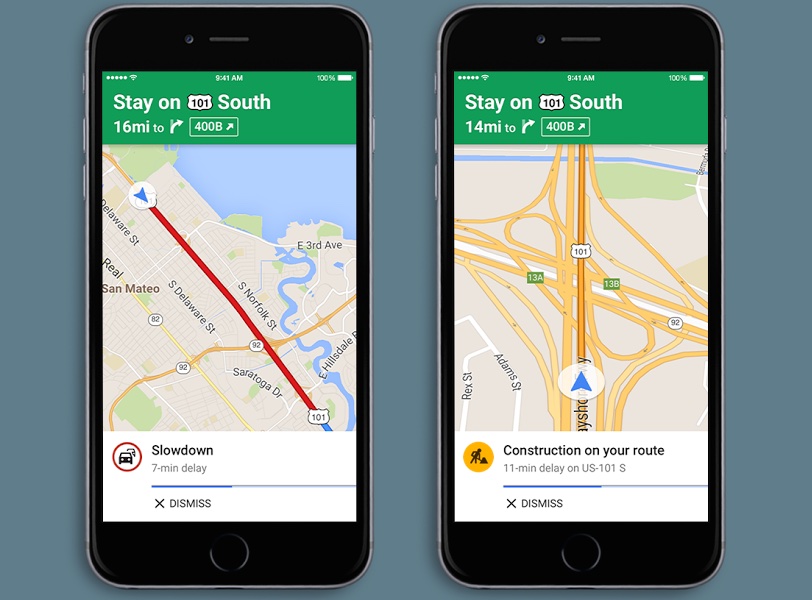 Google yesterday refreshed its iPhone and iPad mapping application in the App Store with a pair of new features. For starters, the iOS application introduces spoken traffic alerts to help you find the best route without taking your eyes off the road. In addition, it is now possible to add new and missing businesses from the app’s sidebar menu.

Google Maps is available free in the App Store.

“Spoken traffic alerts in Navigation tell you about congestion and incidents on your route and traffic descriptions give you a summary of traffic before you drive ,” notes Google.

Grab Google Maps at no charge in the App Store.