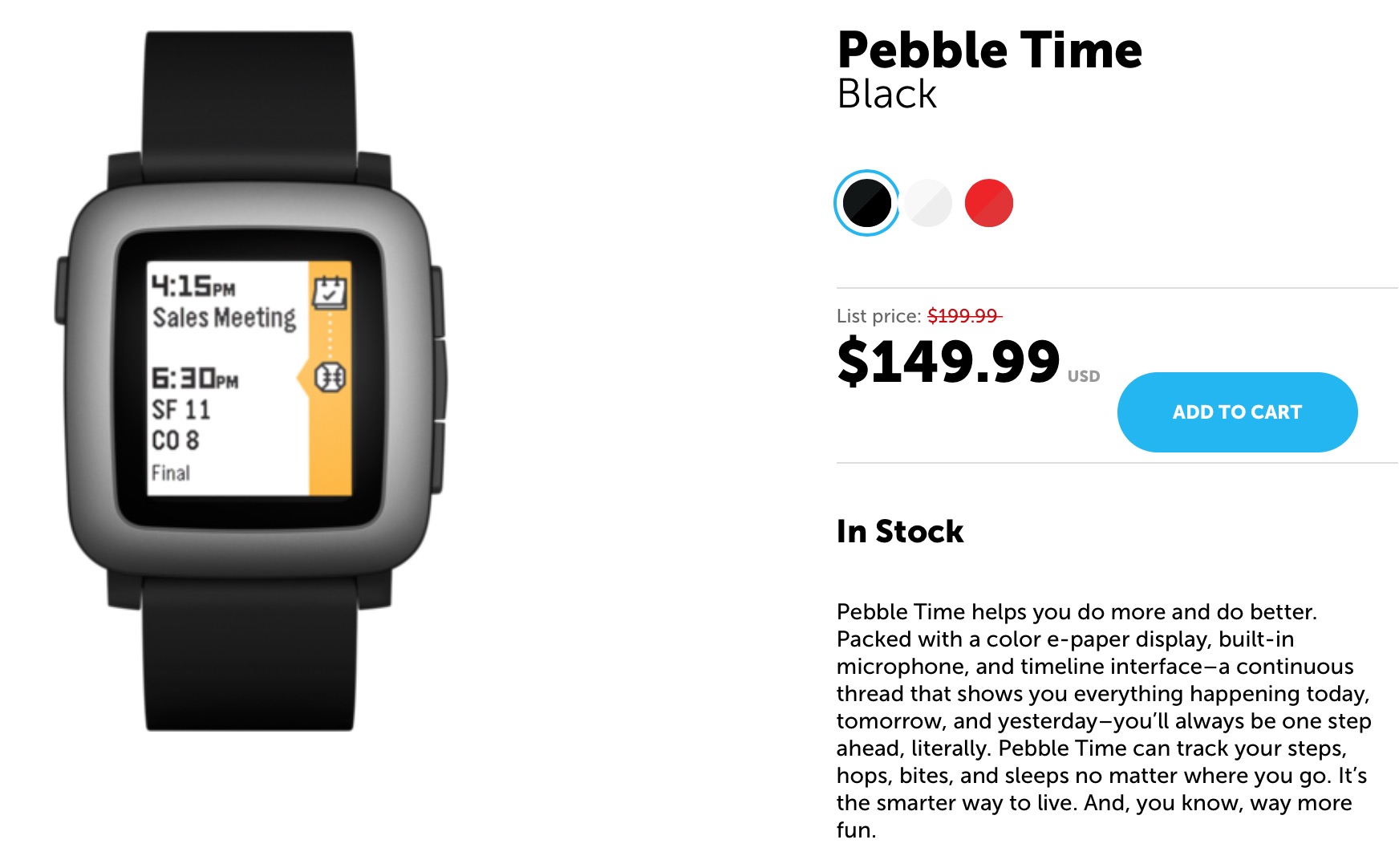 After being introduced back in February and a Round version being unveiled in September, the original Pebble Time is already on sale. This comes at an interesting time, as the typical holiday shopping season won’t start for about three weeks.

On Pebble’s website, you can get the original edition of the Pebble Time for just $149.99 for a limited time, down 25% from its usual $199.99 price. If you’ve been looking to get a smartwatch and are wanting to test the waters, this is a pretty good offer. However, there is something interesting about the timing of the deal.

When the Pebble Time was launched Kickstarter, it was a massive success, earning over $20 million. Before the device shipped however, some rumors were appearing that Pebble was having some financial trouble despite the success of their crowdfunding campaign. When it came time to ship the device, the iOS app was a little delayed, causing confusion for some customers.

With the rumors of financial trouble and a deal appearing before the usual holiday shopping season begins, you have to wonder what is happening to Pebble. While they are most likely responsible for smartwatches beginning to come to market, including Apple’s, it’s curious to see where their place in the market is with other manufacturers, especially now that Android Wear watches have been working with iOS since August.

That being said, this is a great deal on a Pebble Time if you’ve been looking to pick one up. Just head over to Amazon or Pebble’s website and you can purchase one for yourself. What do you think the reason is for this early sale?