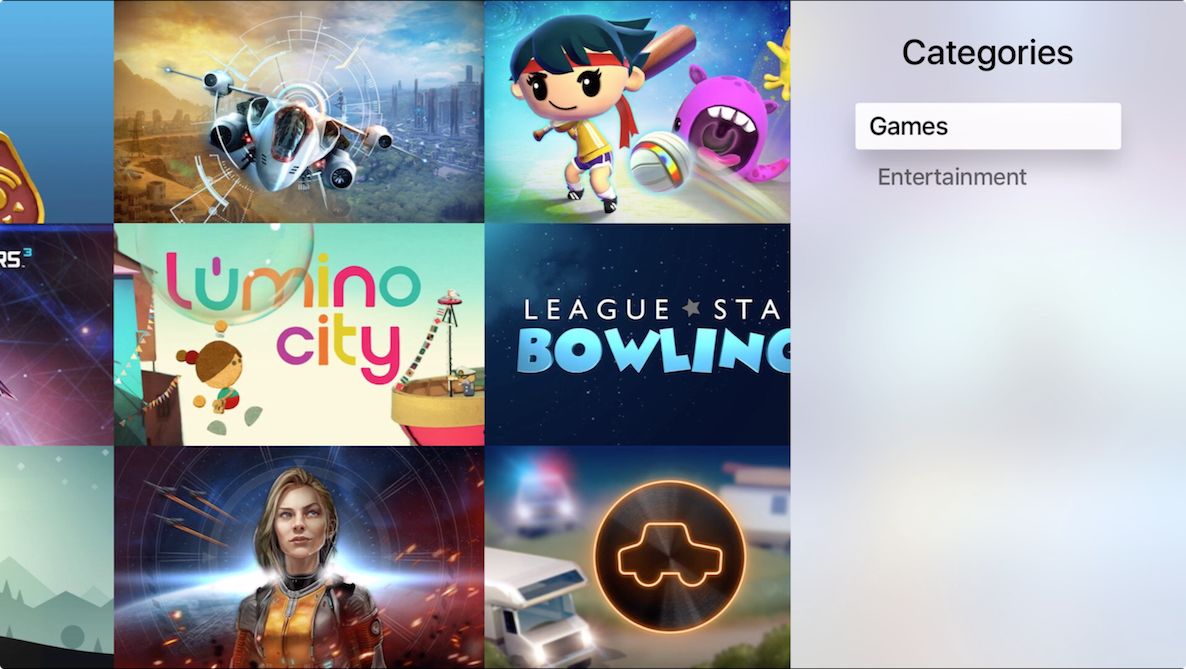 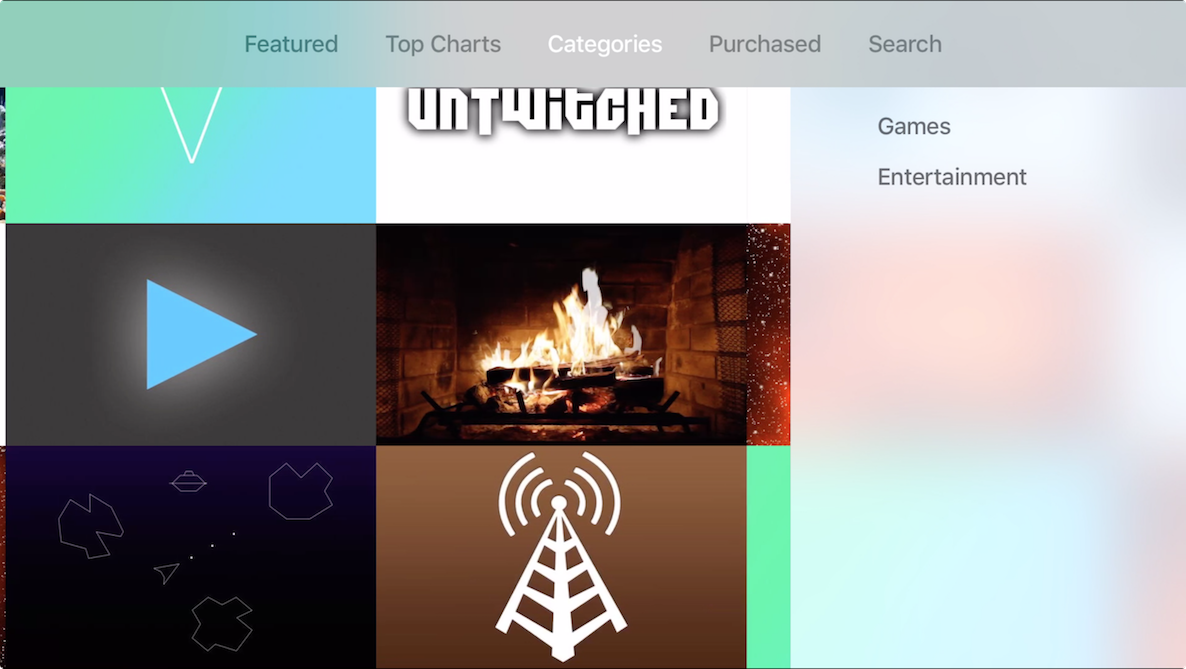 One of the big complaints about the Apple TV App Store is it lack of discoverability. At launch, the only sections available to App Store users were Featured, Purchases, and Search. This forced users to know the name of the app that they were looking for, or the app had to be featured. Now, with the addition of Top Charts and Categories, it will be easier for users to discover new apps.

Just for disclosure, I’m running tvOS 9.1 beta on my Apple TV, but this is an update that should roll out to all users regardless of the tvOS software, just like Top Charts did. If you don’t yet see the new Categories section, try force quitting the App Store app, or rebooting your Apple TV. Even if you do that, it still may take a while for Categories to fully propagate. Are you seeing a new Categories section on your Apple TV?