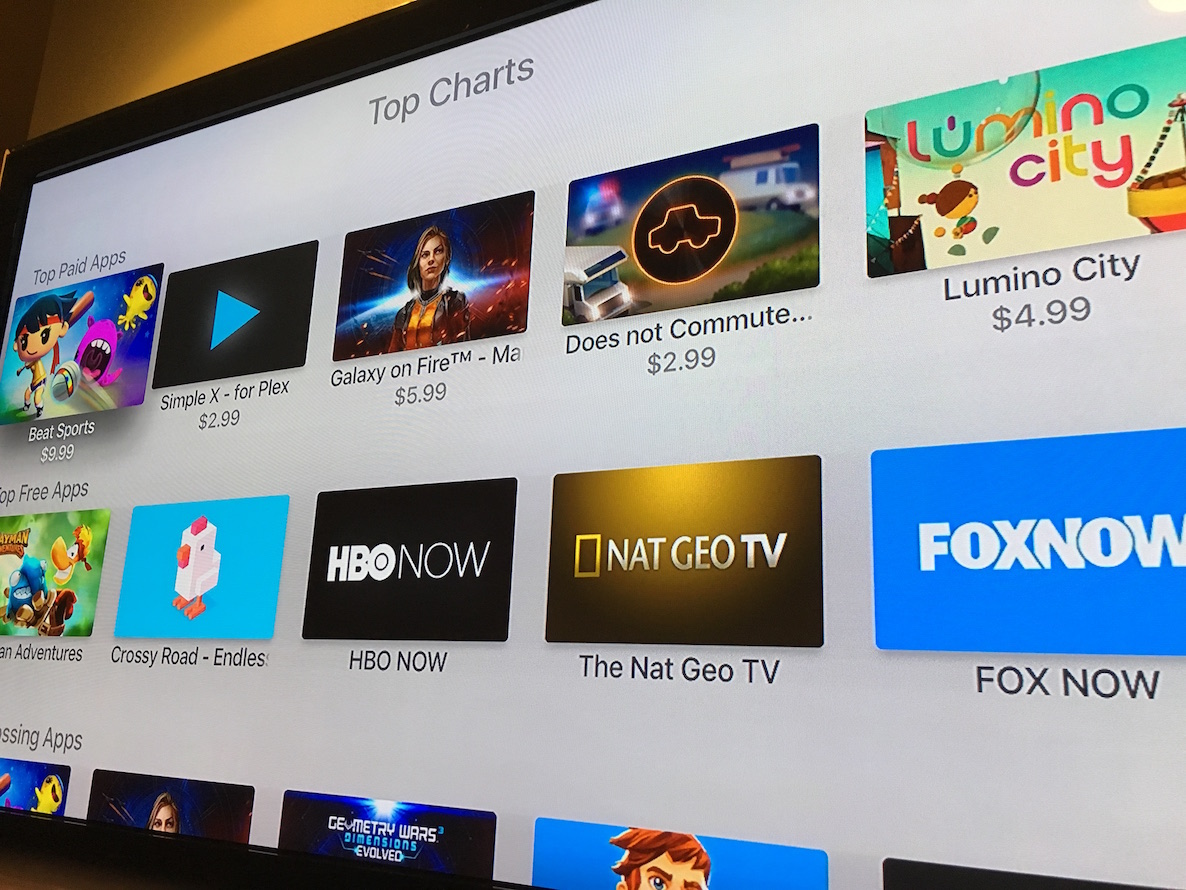 One of the biggest complaints about the new Apple TV is the lack of discovery when it comes to the App Store. The initial version of the App Store only featured three sections: Featured, Puchased, and Search. As such, there is was way to discover great new apps outside of Apple’s own recommendations.

Apple has partially remedied this issue by adding a new Top Charts section to the App Store. This section should prove to be immediately useful for early Apple TV adopters. Although I’m not currently seeing the Top Charts on my Apple TV, even after a reboot and a force quit of the App Store app, it may take some time to propagate to all devices and regions. 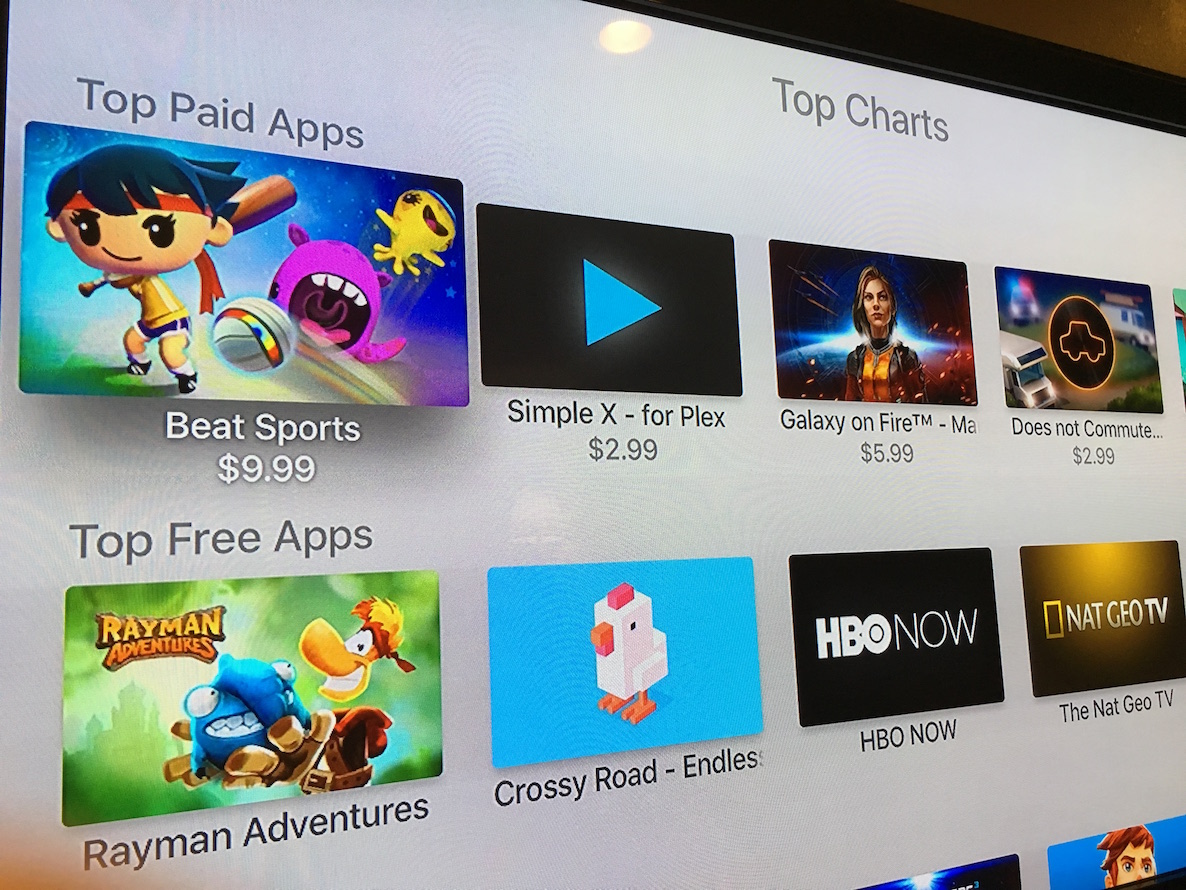 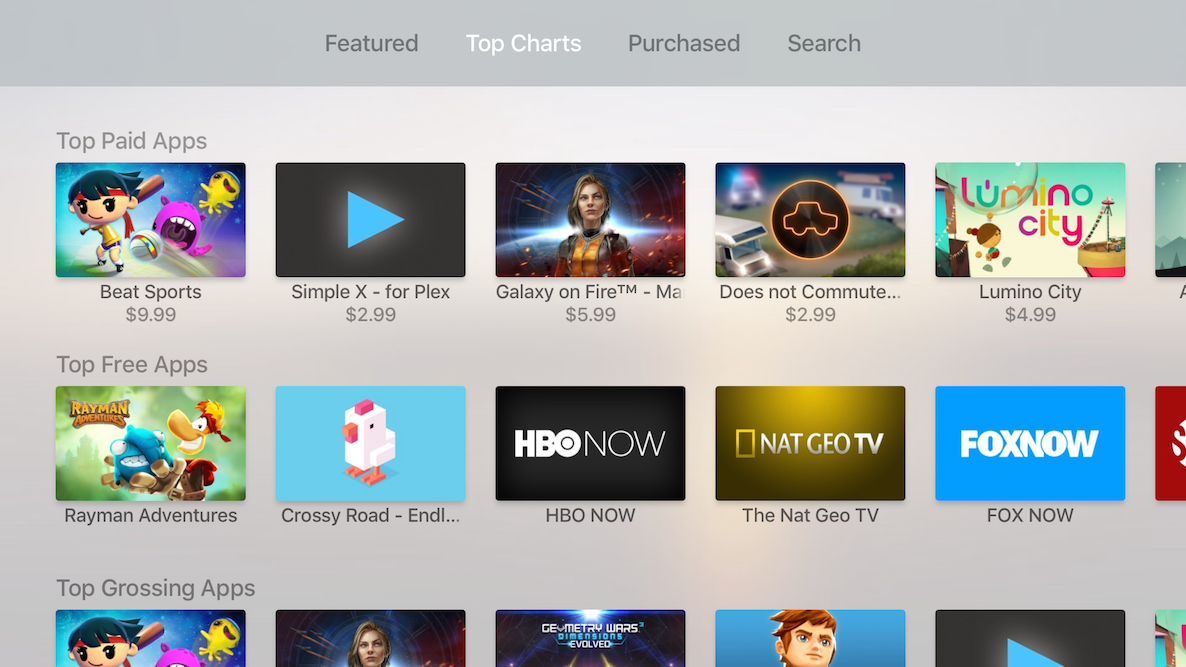 Are you seeing Top Charts in your Apple TV App Store as of yet? If so, please let us know in the comments.