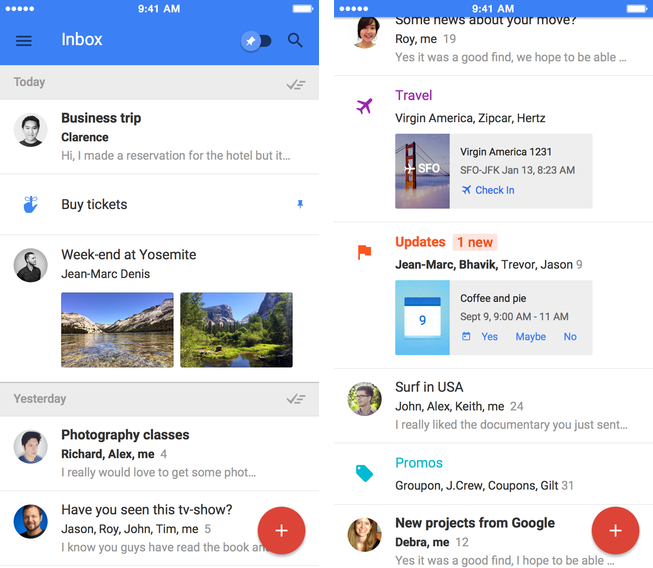 The Gmail team’s Inbox mobile email client, which was born out of Google’s 2012 acquisition of the popular iPhone email app Sparrow, is about to get a whole lot smarter with a new feature called Smart Reply, the company announced on the Gmail blog Tuesday.

The feature analyzes your emails and uses machine learning to recognize emails that need responses and then generates the natural language responses on the fly.

Based on the responses you choose—or don’t choose, for that matter—the app will improve future suggestions. Smart Replies won’t magically automate the process of responding to each and every email you receive, but can be a nice time-saver for those messages that only need a quick response.

“And for those emails that require a bit more thought, it gives you a jump start so you can respond right away,” says Google.

The Google Research Blog provides an insight into how Google’s scientists tapped machine learning to generate Smart Replies to emails that need responses.

The feature will be rolling out later this week to Inbox for English users.

Grab Inbox by Gmail at no charge in the App Store.