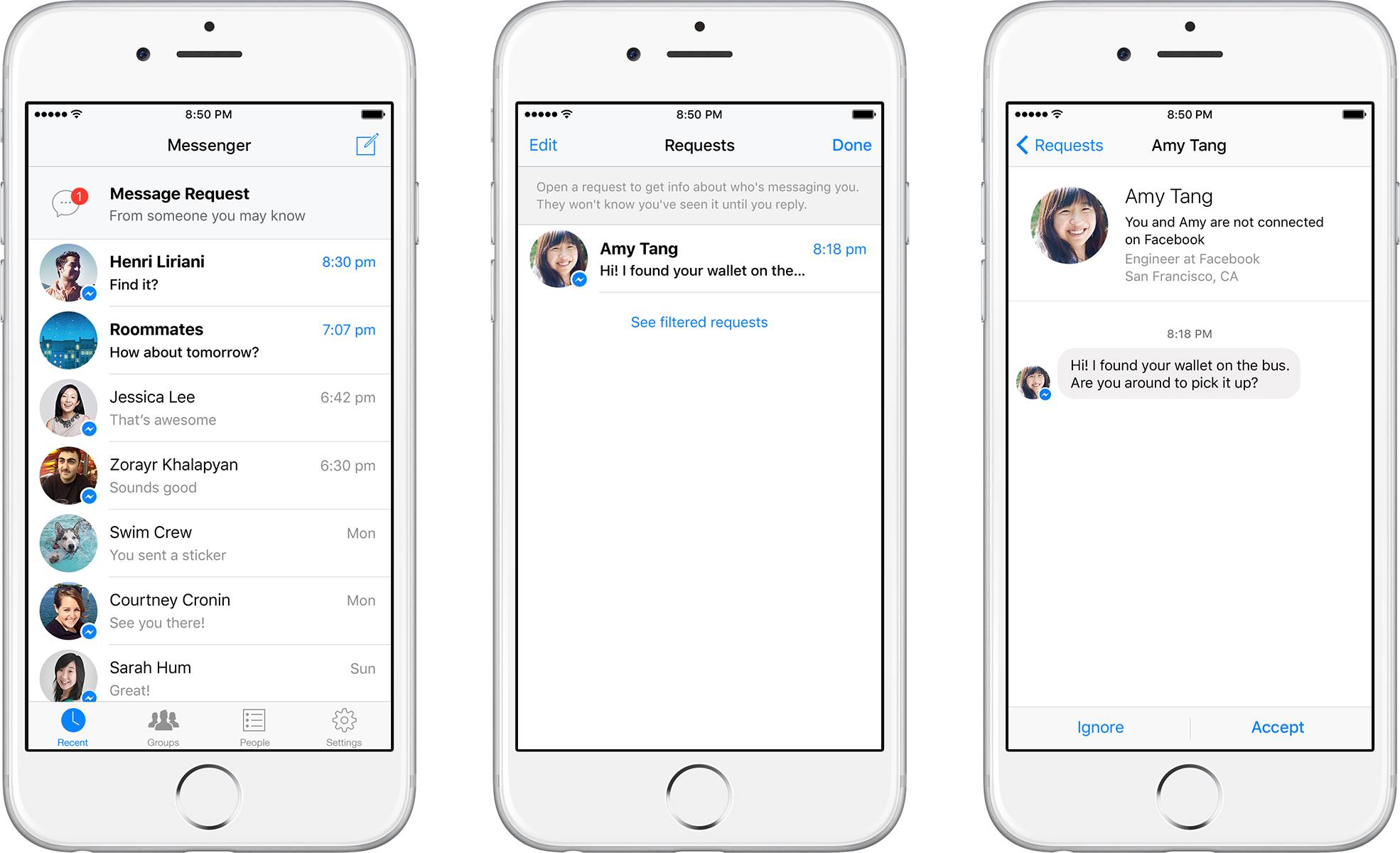 Don’t you hate it when messages you receive from Facebook users you’re not friends with end up in the Other section of your inbox, where they’re far too easily overlooked and simply forgotten?

If so, you’ll be pleased to learn that the company is getting rid of the Other inbox and replacing it with a brand new feature called Message Requests, David Marcus, who runs Messenger, announced Tuesday.

Message Requests, available in Messenger, replace the ‘Other’ folder that was only accessible from the web. The feature enables others on Facebook you’re not friends with to search your name and send you a message. You can then accept or ignore these message requests without the requestor knowing you’ve read their message.

“If you’re friends on Facebook, if you have each other’s contact info in your phone and have these synced, or if you have an existing open thread, the new messages from that sender will be routed to your inbox,” Marcus wrote.

All other messages (excluding those flagged as spam) that don’t fit that criteria will now be a message request, making it easier for Messenger users to be reached by the people they want to communicate with.