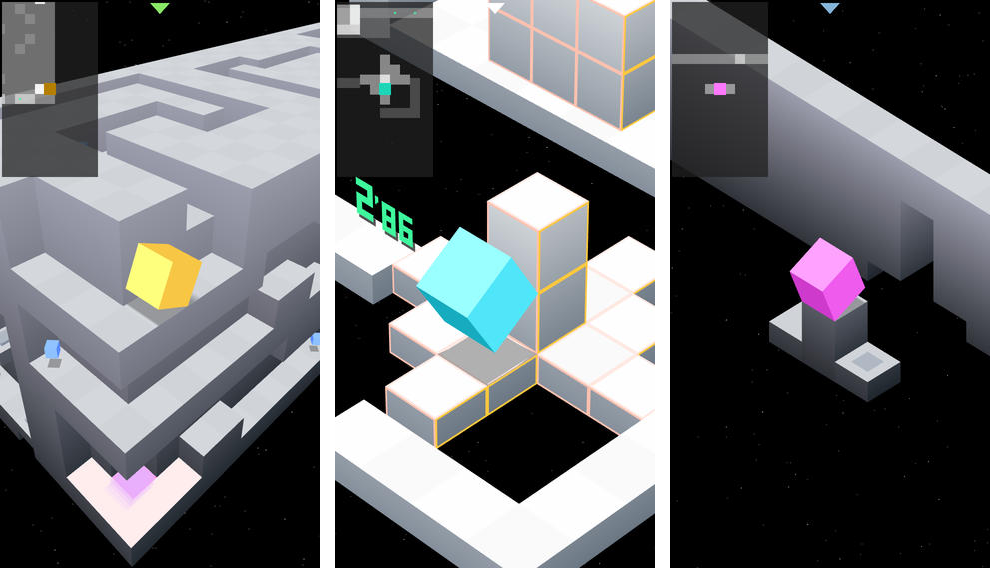 Remember Edge, a puzzle game developed by Mobigame? Originally released in the App Store in December 2008, it was one of the best looking, most addictive and innovative games available on the iPhone at the time.

The highly popular title was followed by the official sequel, called Edge Extended, which made its App Store debut in August 2011. Edge Extended has gone free briefly just once since its inception and now Mobigame has discounted the game to zero bucks for a limited time to celebrate the launch of the new Apple TV.

For those wondering, Edge Extended is optimized for ‘Made for iPhone’ game controllers and available on the new Apple TV so download it for free before the price goes back up again and enjoy it on your big screen TV.

If you like Edge Extended, take Mobigames’ other puzzler called Cross Fingers for a spin or check out their complete list of App Store games. And speaking of Edge, the original Edge game is still available in the App Store, currently priced at $2.99.

Edge Extended requires an iPhone, iPod touch or iPad with iOS 4.3 or later and is localized in English, French, German, Italian, Portuguese and Spanish.

Edge Extended is free for a limited time in the App Store.