The Apple TV launch will be accompanied by a surprisingly comprehensive list of third-party apps and games, some of  which were shown off on stage during Apple’s media presentation last month. Ahead of tomorrow’s launch, a much larger selection of premium triple-A games and apps is available for the device.

We’ve compiled a list of the games and apps that we think are going to make a difference on the big screen. If you have pre-ordered your Apple TV, bookmark this article as you’ll want to download these apps as soon as your shiny new box drops on your doorstep.

The new Apple TV launches with a bunch of established apps, including Twitter’s Periscope and the likes of Airbnb, Zillow and more. Here’s a quick roundup of some of the existing apps that have been optimized for the big screen. 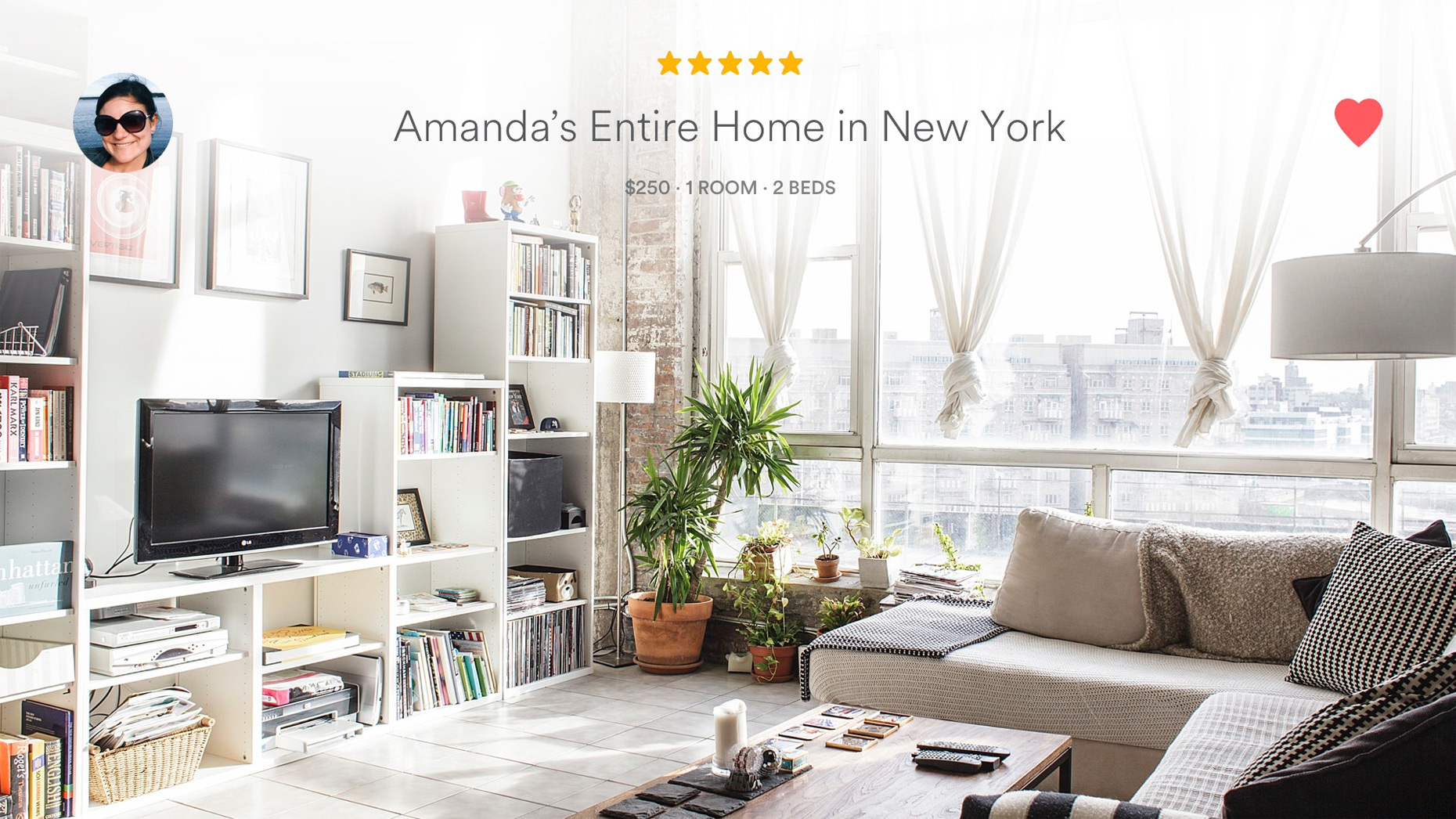 Airbnb is available free in the App Store.

You can now find and rent unique places to stay in over 190 countries around the world—from the comfort of your couch. This app also lets you list your own property and turn your extra space into extra cash, all from your Apple TV.

Gilt, a luxury shopping app that was shown off at Apple’s media event last month, is an adaptation of their existing iPhone and iPad application. With Guilt, you can keep your spending in check with insider prices on daily selections of designer sales for women, men, kids and home, all up to 70 percent off retail.

Gilt is available at no charge in the App Store.

Twitter-owned Periscope allows you to tune in to live broadcasts from people around the world and watch live video as it was meant to be watched: on a big screen. Sadly, the app lacks the ability to log into your Periscope account, meaning you won’t be able to see your friends’ streams on your living room TV, or leave comments for that matter.

Pericope is available free in the App Store.

Streaks is a cool new workout app designed specifically for the new Apple TV. Featuring crisp typography and clutter-free interface, the app motivates you to improve your health with daily workouts that you can do in your living room. The app keeps a log of your activity and allows you to create your own personalized fitness goals. 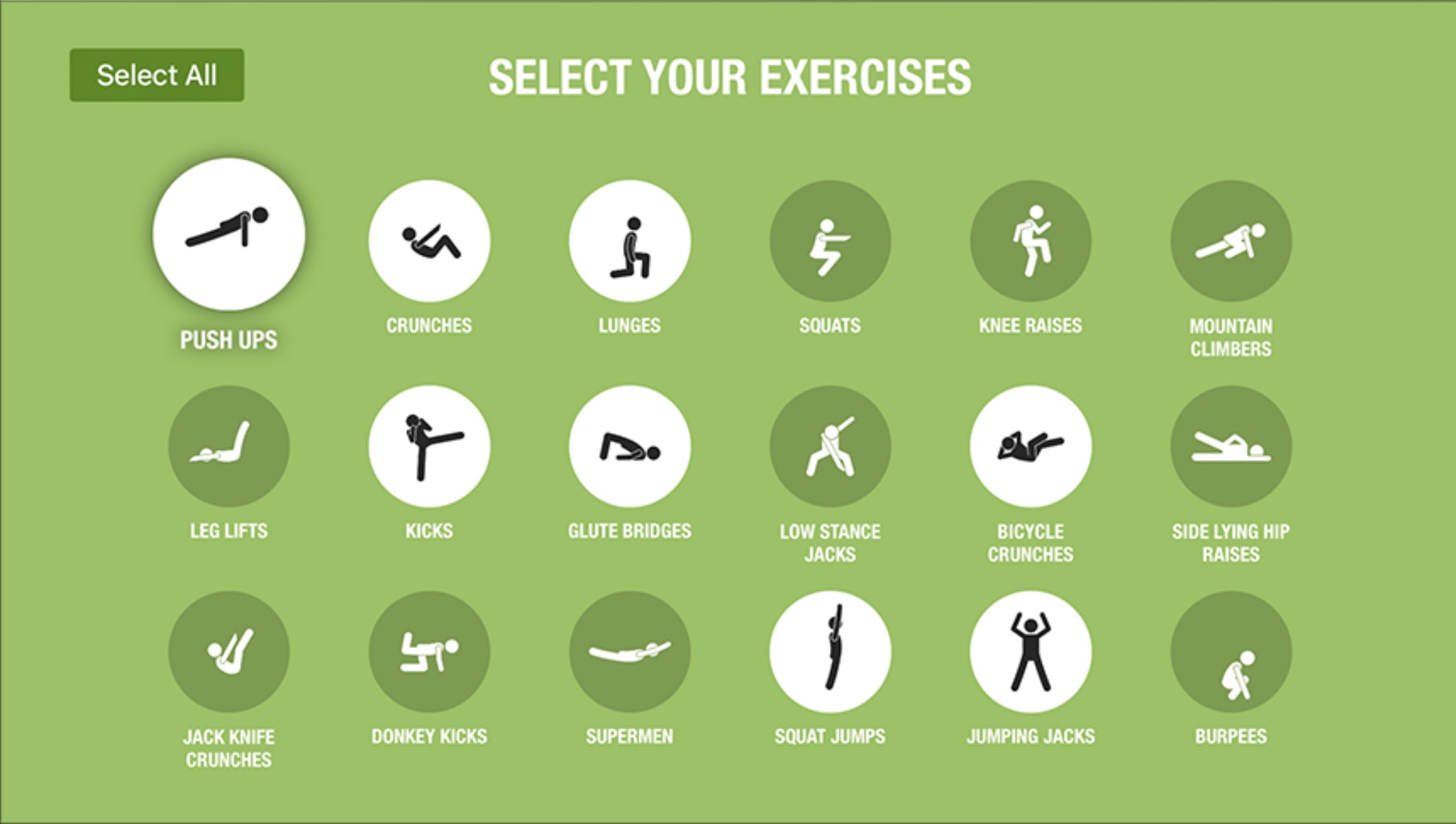 Streaks Workout is available at no charge in the App Store. 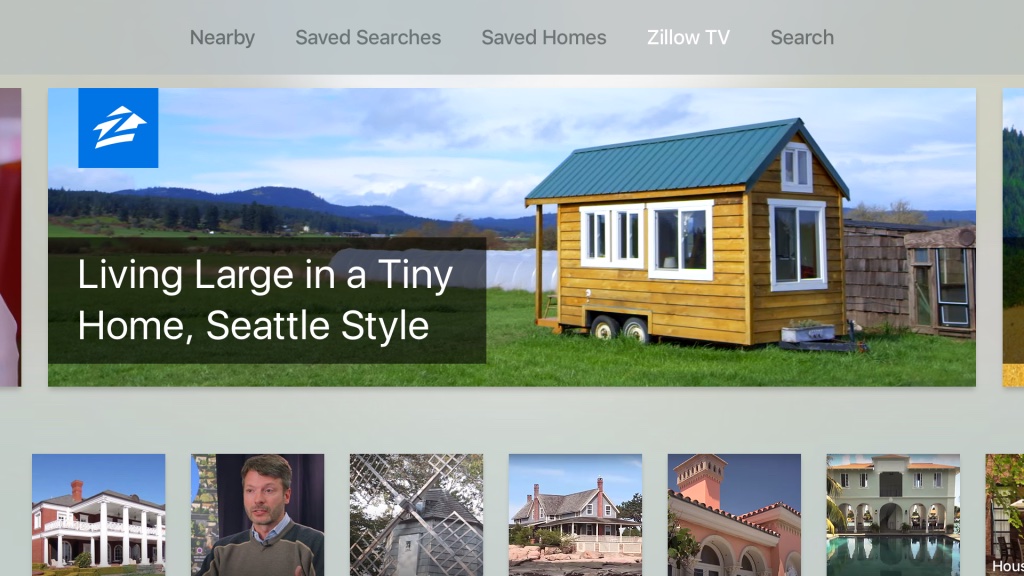 You can access Zillow’s real estate information, including Estimate home valuations, check out home facts and history, mortgage information and more, with the ability to save homes and searches—all directly from the new Apple TV.

Zillow is free in the App Store.

Unlike the previous Apple TV which provides YouTube as part of the built-in selection of stock apps, you must manually download the app to your new Apple TV. Featuring the new branding and API, YouTube for Apple TV lets you browse videos, access your favorites and Watch Later queue, search for specific clips and more.

And with apps like Infuse and Plex coming soon, Apple’s box is about to get a whole lot more useful than before without requiring a jailbreak.

If you’re into media players, you’ll definitely want to check out Simplex Video, an app that lets you effortlessly stream your complete Plex library through your Apple TV using a beautiful interface that resembles Apple’s own iTunes Movies experience.

For your daily does of TV shows and Hollywood movies, grab big name streaming apps for the Apple TV such as HBO NOW, Netflix, Hulu and Showtime.

Games are bound to propel the refreshed box to new heights, just as gaming on iOS has become a big business that now eats into profits of gaming giants like Sony and Nintendo. There have been too many Apple TV games announced to list individually so here are a few gems that should be showoff-worthy.

Alto’s Adventure by Snow, a gorgeous endless snowboarding odyssey that debuted on iOS in February 2015, is now on the big screen. Playing with the Siri Remote or a third-party controller adds a new level of gameplay feel to the experience. 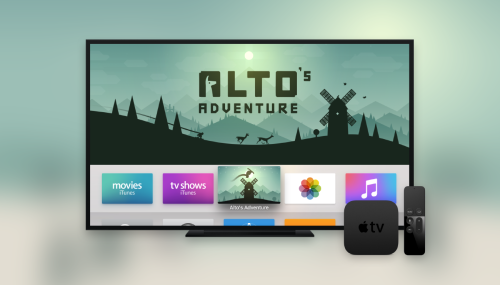 With big screen and big sound, you can dive even deeper into the atmosphere of the game. If you already own the game, you won’t have to purchase it again to play on the Apple TV, and your progress will sync over with iCloud.

Alto’s Adventure is $2.99 in the App Store. What’s best, a single purchase gets you the universal app for your iPhone, iPod touch, iPad and Apple TV with iCloud sync.

Battle Supremacy: Evolution by Atypical Games is the official sequel to their hit WWII combat sim, Battle Supremacy. Available on the iPhone, iPod touch, Mac and the new Apple TV, this sci-fi transforming vehicles game challenges you to ride and fly through fantastical sci-fi cities, burned-out wastelands and lush jungles.

You can play as a tank, drone or airplane, upgrade your vehicles, battle it out against others, unlock other transforming vehicles, take part in epic battles across different sceneries and much more.

With over a hundred single-player missions and three multiplayer modes to enjoy, Battle Supremacy: Evolution is yet another triple-A title to add to your Apple TV collection.

Beat Sports by Rock Band creators Harmonic Musix Systems and Tilting Point was revealed on stage at Apple’s September 2015 media event. A collection of music-infused mini-games inspired by familiar sports like tennis, volleyball and golf, Beat Sports is basically four games in one. 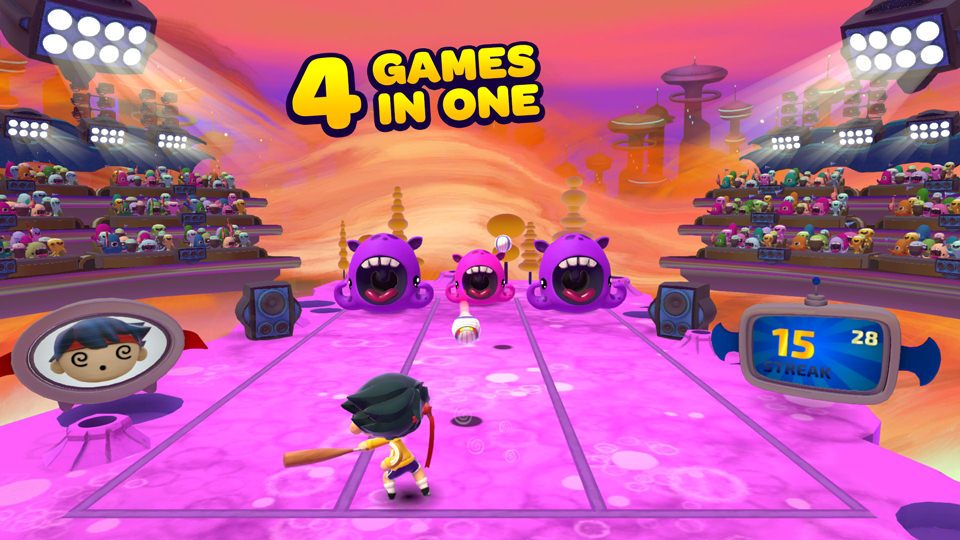 You’ll swing, volley and score to the beat of the music with your Siri Remote. Or, up to four players can use their iOS device as a remote with the free Beat Sports Remote app to compete against each other in the Buddy Ball mini-game.

Beat Sports cost for Apple TV is $9.99 and contains no In-App Purchases.

A prequel to the upcoming Galaxy on Fire 3 – Manticore, which is coming in 2016, Manticore Rising puts you in the shoes of hot-headed rookie pilot Haley “Manticore” Snocom who must save his friends and crew from a supremacy of space pirates. 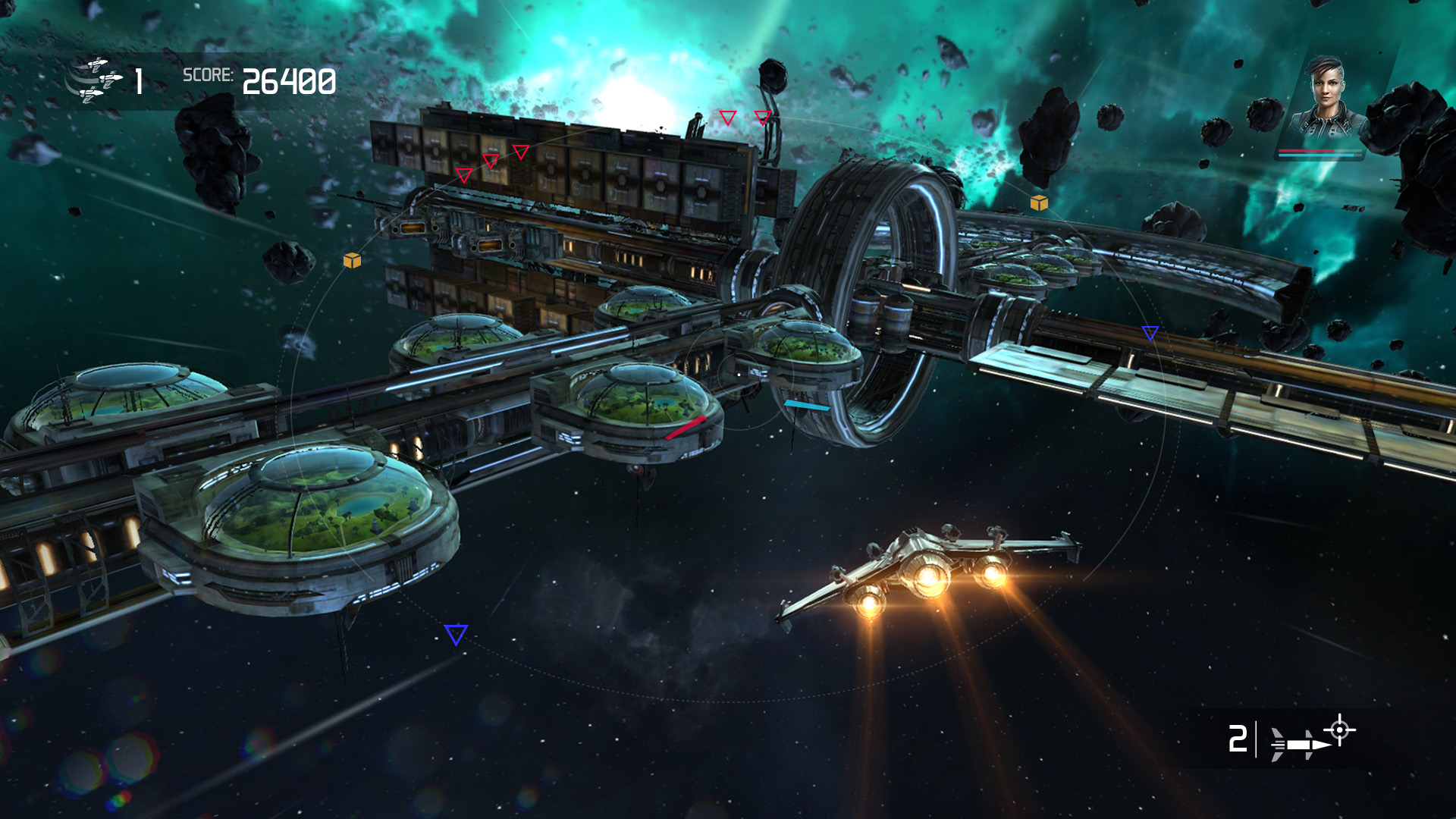 The blockbuster sci-fi shooter features Story and Survival game modes and packs in some gorgeous graphics with juicy special effects, taking full advantage of the A8X chip inside the Apple TV. This is a full-fledged title, not a mere port of a pre-existing iOS title.

Galaxy on Fire – Manticore Rising is $5.99 in the App Store and available exclusively on the new Apple TV.

Do you know of other games that should be on our list? Let us know in the comment section below and we’ll refresh the article.