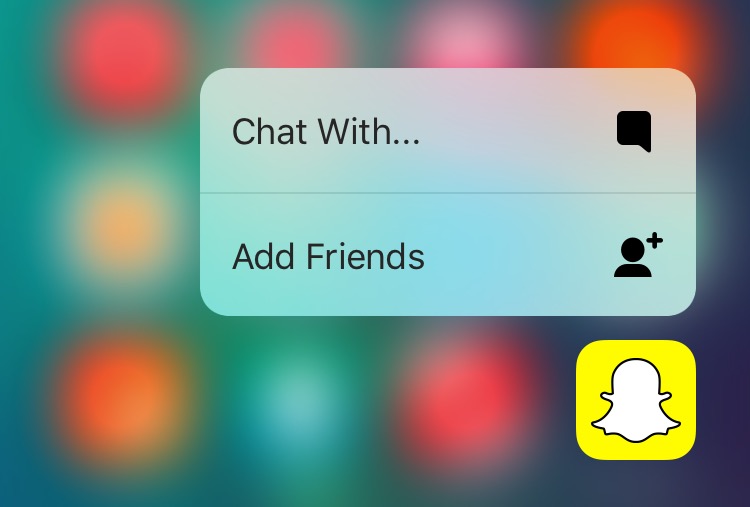 Following Skype’s update this morning which added 3D Touch Home screen shortcuts and Peek and Pop gestures, Snapchat too issued an update to its App Store application which enables 3D Touch support for quick actions from the Home screen icon on the iPhone 6s and iPhone 6s Plus.

In addition to 3D Touch support, this edition of Snapchat brings out some new filters for your snaps, including slow-motion, fast-forward and rewind effects.

As shown on the screenshot above, pressing Snapchat’s Home screen icon firmly brings up shortcuts to start new chats or add new friends.

As for the new effects, you must first record some video. Then, swipe through the effects to apply them to your footage. Like before, you can send your recording to friends or add it to your Snapchat Story.

The new slow-motion, fast-forward and rewind filters are in addition to Snapchat’s existing collection of video effects.

Snapchat requires an iPhone, iPod touch or iPad with iOS 7.0 or later.

Download Snapchat at no charge from the App Store.